Each year Hot Wheels allows collectors to choose one casting that will be made into a premium collectible. Eight cars are nominated, and then voted on by the Hot Wheel Collectors community in a March Madness-style bracket elimination. This year, the Datsun 240Z won the championship against a Shelby Cobra 427 S/C, making it the first Japanese car to do so. 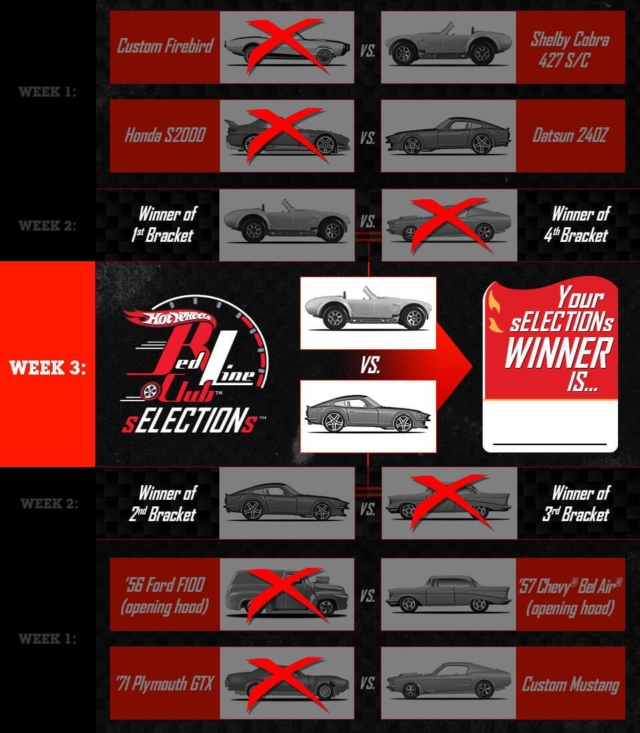 Hot Wheels has been running the Red Line Club contest since 2004. Prior to this year, the furthest a Japanese car has advanced was the Datsun Bluebird 510 in 2016, which made it to the final four. This time around, the 240Z was up gainst some heavy hitters, including a ’57 Chevy and Honda S2000.

This year, however, with a 240Z already slated to be in the RLC lineup, the powers that be at Mattel have decided to pit the 240Z against the Custom ’72 Datsun 240Z wearing a Pandem body kit. So the winner will be a Z, it’s just a question of which one. Which do you prefer? You can cast your ballot at HotWheelsCollectors.com.