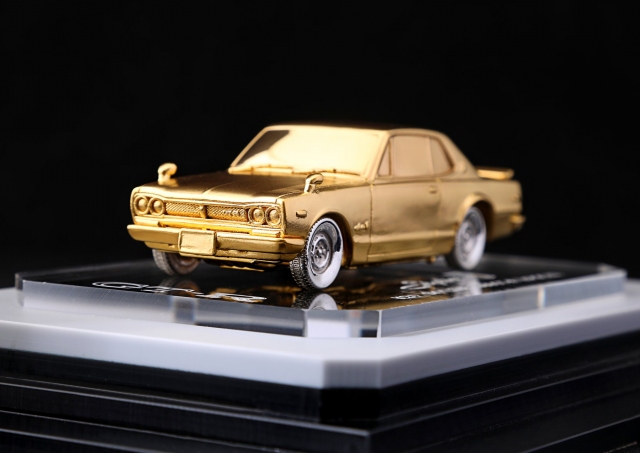 For those of you who love nostalgic J-Tin collectibles, here’s something you (probably) don’t have: a Hakosuka Nissan Skyline GT-R made of 24-karat gold. Yes, it’s a KPGC10 made of precious metals, built to celebrate the 50th anniversary of the Skyline GT-R, and it only costs as much as a real car. 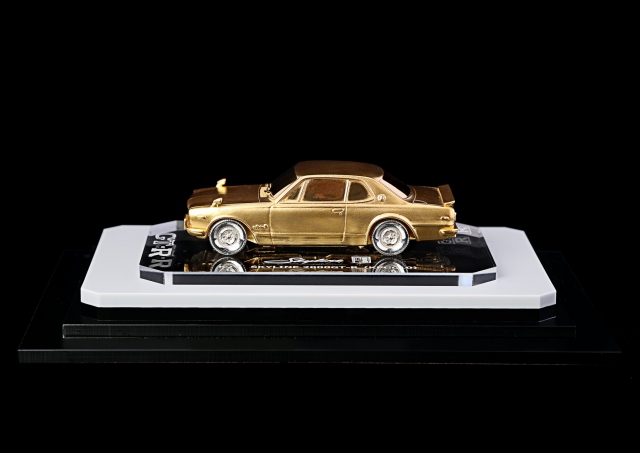 Ginza goldsmiths SGC have been crafting beautiful things out of gold since 1945. Run by the Ishikawa family, access to their Ginza showroom is by introduction only. As you’d expect of the work by kogei artisans, who are certified living national treasures in Japan, the craftsmanship is absolutely exquisite. The body is 24-karat gold and the wheels are in solid silver. 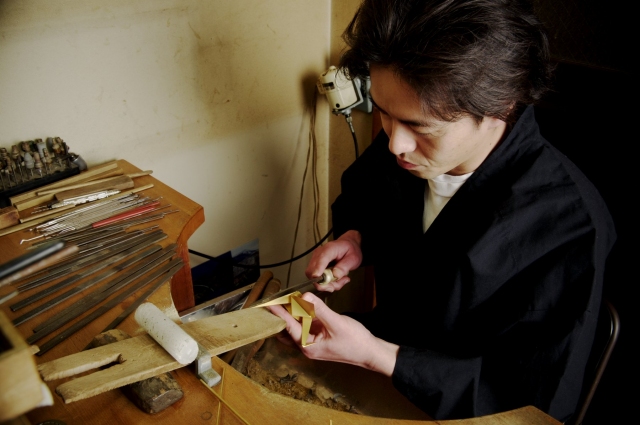 Koichi Ishikawa is the third generation to carry on the family tradition, and the rest of SGC’s offerings range from a US$35,000 Buddhist bell called an oirin, to US$50,000 teacups for tea ceremonies, all in 24-karat gold, of course. Ishikawa-san’s tastes also range to the eclectic, like a gold guitar pick to commemorate the passing of metal rocker Hide of X Japan fame, katana swords that contain 4kg of gold, and it would seem that he has more than a passing interest in nostalgic cars. 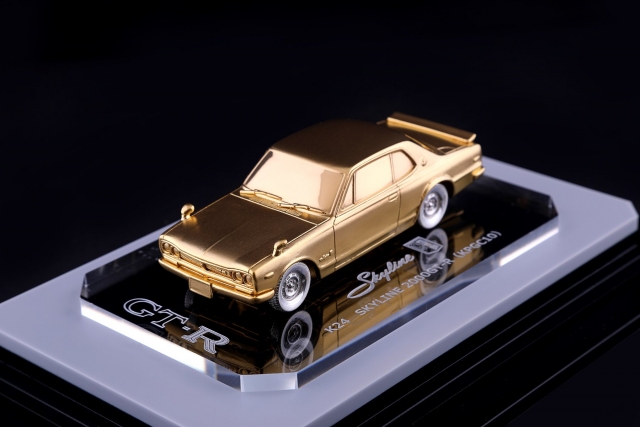 The price may be staggering, but hey, it’s a Hako that won’t ever rust, and a toy car that you can play with during those interminable high-level conference calls. It’s arguably just as functional as a real Hako that’s only driven to Cars and Coffee once a month.

So, if you have some cash burning a hole in your pocket and some spare space on your Tomica shelf, it’s a fine way to celebrate 50 years of this iconic Japanese car. Maybe you can put it next to your solid-platinum Fairlady Z432.