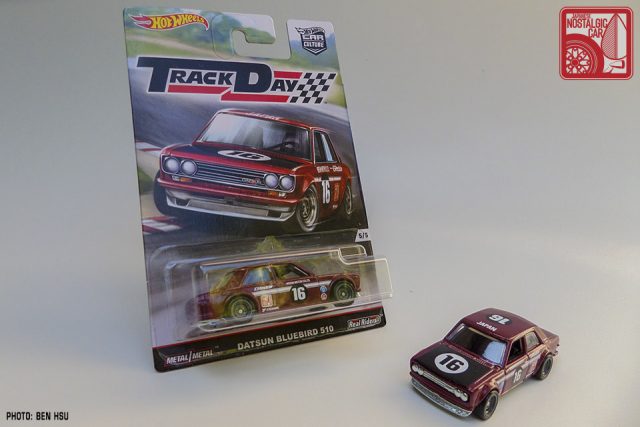 Of the 26 Hot Wheels cars that have worn the JNC inkan, the latest is one of our favorites. That’s because the Track Day series Datsun Bluebird 510 isn’t just a wicked diecast race car, but one whose livery was inspired by a wicked real-life race car. 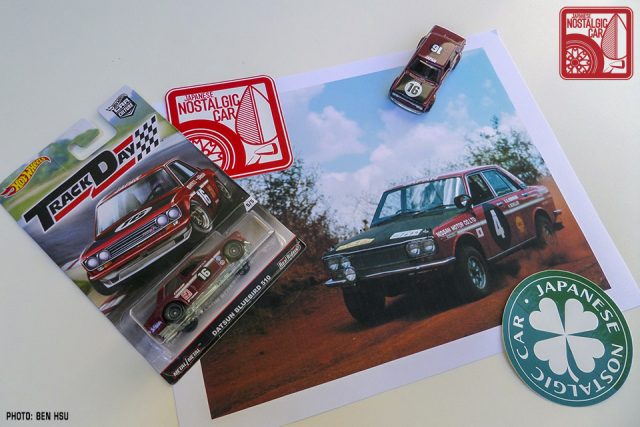 Those familiar with 510 lore will recognize it instantly — the warpaint of the 1970 Bluebird 1600 SSS that won the East African Safari Rally outright, the first Japanese car to do so. Because while North Americans were busy cheering on 510s as they ripped around road courses, the Japanese were watching 510s tear through 3,300 miles of unpaved Kenyan wilderness. If anything, it shows just how adept the 510 platform was. 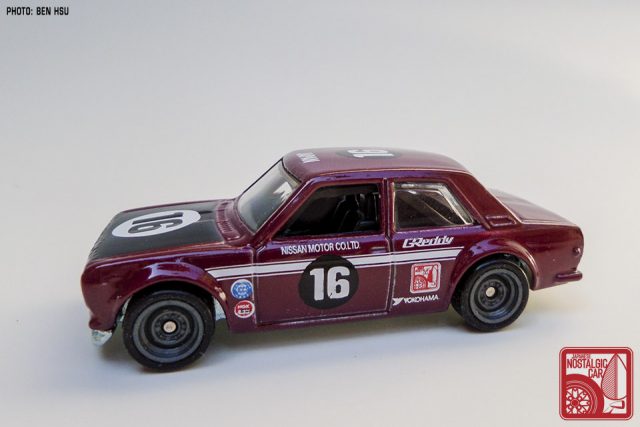 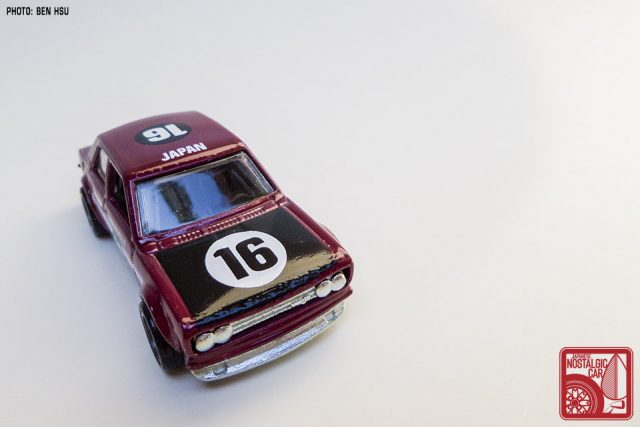 Of course, the livery isn’t an exact carbon copy. The red is darker, for one, and the “Nissan Motor Co., Ltd.” text has been moved from the fender to the door for easier printing. But the black hood, black door roundel, and “JAPAN” on the roof are all homages to a 510 legend.

Clearly, though, this casting is pure track machine, not a rally car (that’ll be left to Matchbox in 2017). In the US, though, BRE replicas are everywhere, yet the Safari Rally livery is basically unknown. Why not combine the two? Equipped with steelies, we think the result looks bad-ass. 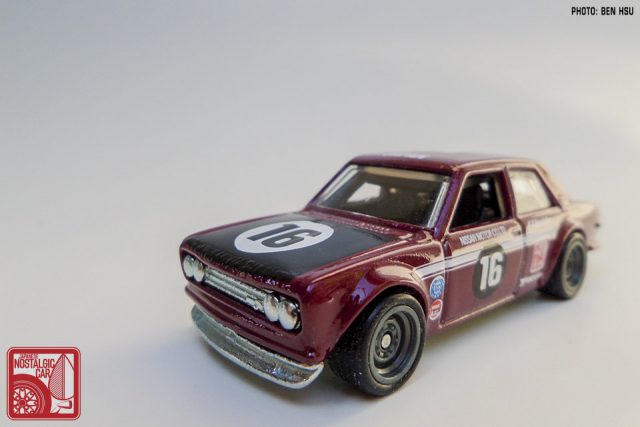 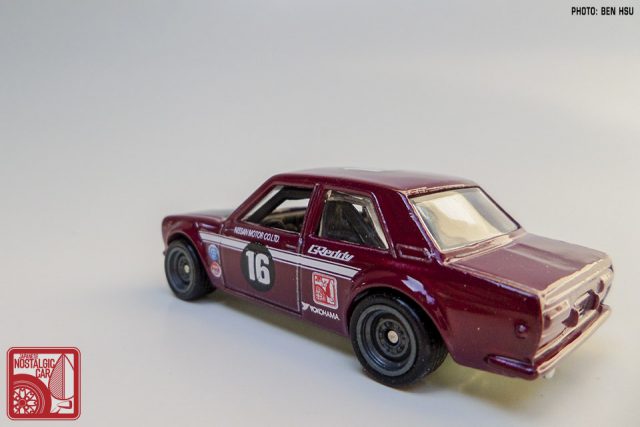 The Track Day 510 is a premium casting, meaning it comes with a metal chassis and “Real Rider” wheels with a separate tire. The packaging is unique to the model too, part of a larger Car Culture line that included the Japan Historics and Trucks sub-series. Others models in the Track Day sub-series include a Porsche 964 in Magnus Walker colors, a 1978 Porsche 935, a 1970 Chevelle, and a drag-spec Karmann Ghia. Look for them in stores this October. 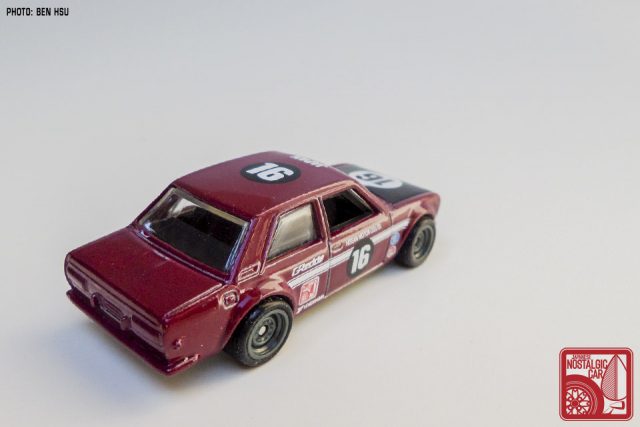 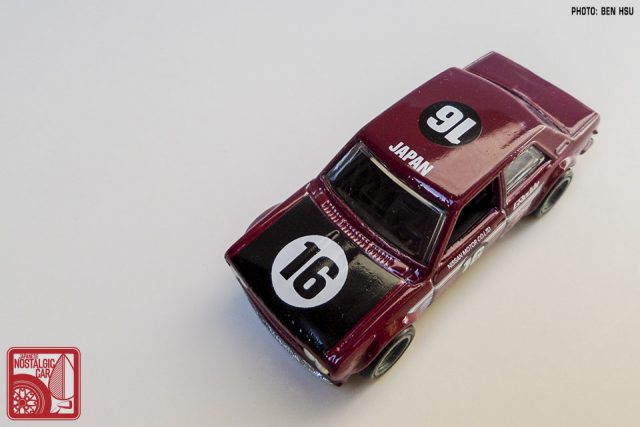