Posted on December 3, 2015 by Ricky Silverio

A couple months ago we showed you the first three cars in the 2016 Hot Wheels Japan Historics line. These premium models will feature the JNC inkan in classic red, along with features such as metal chassis, highly detailed paint, and rubber tires. Today we are proud to announce that the remaining two cars that will round out this 5-car series. 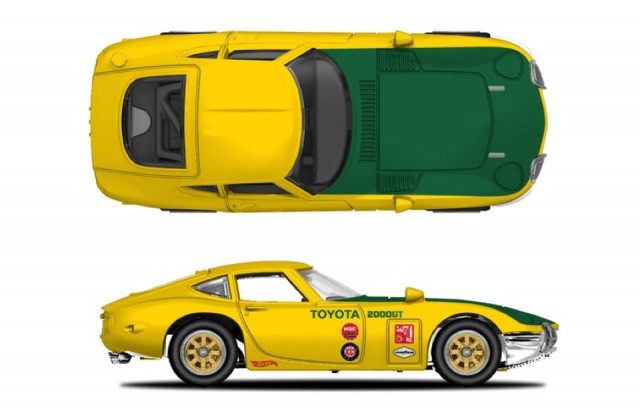 The first of these cars is the 1967 Toyota 2000GT, and we couldn’t be more excited about the livery. It is, of course, the green-on-yellow colors of the Yatabe Speed Trial car, which broke 16 international speed and endurance records at Yatabe Test Circuit in 1966.

Toyota knew that it wasn’t enough just to build a beautiful, fast and exclusive machine. Toyota was still a relative unknown on the world stage and needed to prove the 2000GT’s bona fides with an epic 72-hour run that not only set new records, but did so in the middle of an unexpected typhoon.

The JNC inkan appears in red on 2000GT’s noted fender panels, which on the real car provide access to the battery, washer fluid reservoir and air filter. We share some real estate with JCCS, NGK, and Goodyear, and the car sits on gold 8-spoke wheels with “Real Rider” rubber tires. 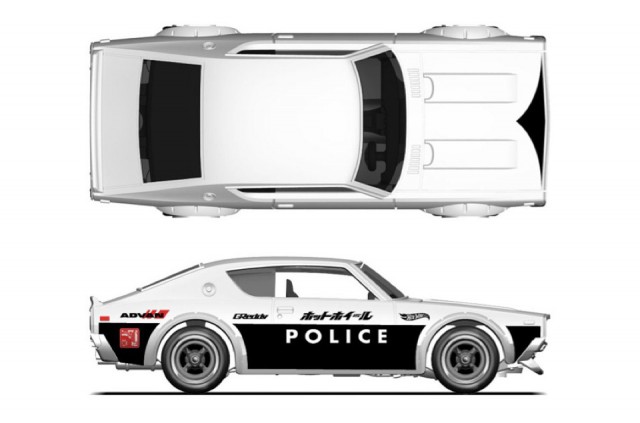 And now we come to the last of five cars in the series, the Nissan Skyline H/T 2000GT-R in Japanese patrol car livery. Both the kenmeri GT-R and police themes on classic cars have been favorites among traditional Hot Wheels collectors, so the combination of both is sure to make them happy. While there wasn’t a real KPGC110 police car back in the day, the idea is not without precedent.

Once again, the JNC inkan appears in red, which we think stands out nicely against the monochromatic paint scheme. We are honored to share the space with our friends at Yokohama and GReddy. Incidentally, the katakana spells “Hot Wheels” in Japanese. 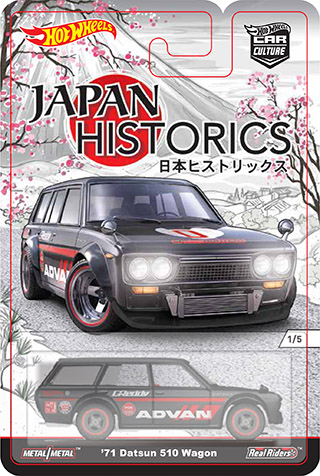 Again, this series would not have been possible without Hot Wheels designer extraordinaire Jun Imai. We are extremely honored to have the JNC inkan featured on all five of the cars in this series. Combined with the new-for-2016 Mazda RX-3, Jun Imai’s own Datsun 510 Wagon, and hakosuka, it promises to be one of the hottest series in Hot Wheels history.