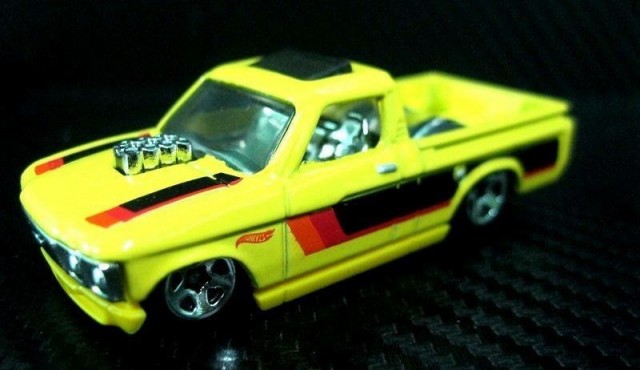 We’ve been told 2016 is going to be a great year for JNC fans that are diecast collectors, and here’s the first evidence of that. Photos of a Hot Wheels 1977 Chevy LUV have been leaked. Of course, JNCers know this car as the Isuzu Faster, a mini pickup built to go head to head against the likes of the Toyota Hilux and Datsun 620.

With Hot Wheels being Hot Wheels, the truck wouldn’t remain stock for long. While a step-side 70s street machine Faster would have been totally period-correct JDM style, this interpretation has adopted a more American flavor, slammed and tubbed with enough velocity stacks to indicate that a V8 resides beneath the hood. 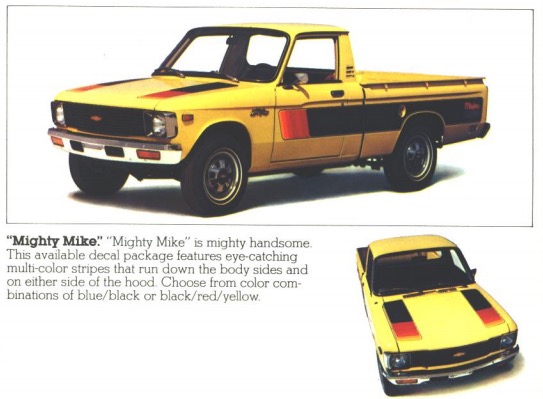 Though it has much Isuzu DNA, including a front end identical to the Florian passenger car, the LUV (light utility vehicle) was a world car. As such, the designers at Mattel paid tribute to the most American version of all, the Mighty Mike, a decal package available in ’77 (quad-headlight) and ’78 (dual-headlight). There are many more surprises in store for 2016, so stay tuned.

Images courtesy of The Lamley Group and LUVtruck.