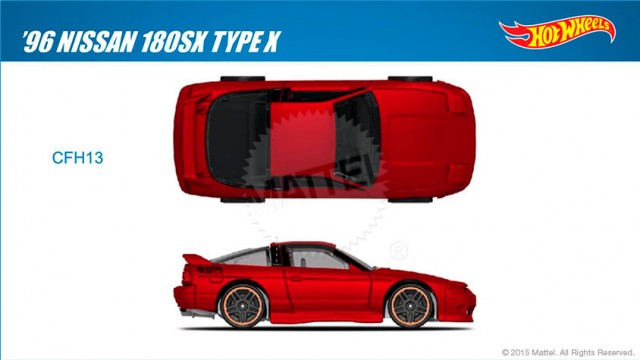 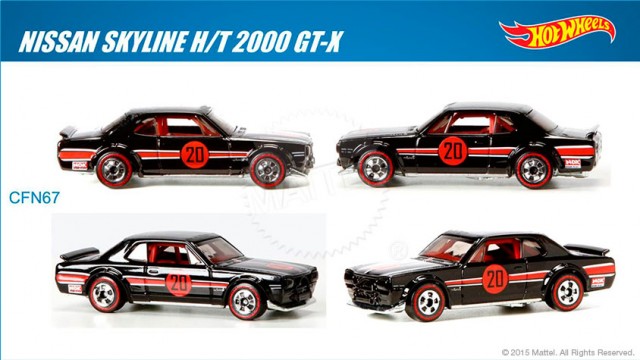 News of this new casting was announced over the weekend at the Hot Wheels Nationals in Lexington, Kentucky, the minicar collector’s version of a Trekkie convention, but geekier. Also announced at the time was the Hakosuka Nissan Skyline as part of the 2015 Heritage premium line. 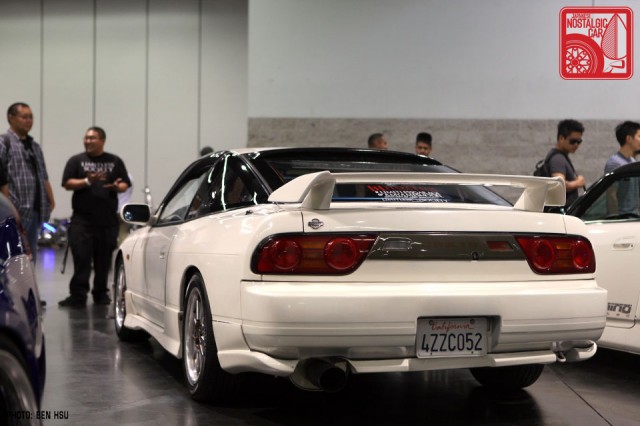 The model was designed by a new designer on the Hot Wheels team, Dimitry Shakhmatov. When the 2015 lineup was announced last December, we thought it looked a little light on Japanese stuff. Ten years ago, that would’ve been par for the course, but we’ve been spoiled in recent years. The list had a few “to be announced spots” left blank. This must’ve been one of them.

Now, the Toyota AE86, which Jun Imai designed back in 2006, finally has its rival. Let the orange track touge battles begin! Also, it should go nicely with the Nissan Silvia S15 from 2006 and the Datsun 200SX designed by Larry Wood in 1982, which is really a Silvia S110. Look for it to appear late summer or early fall.