Sorry, Mercedes, Nissan had road surface sensing 30 years before you on a Maxima 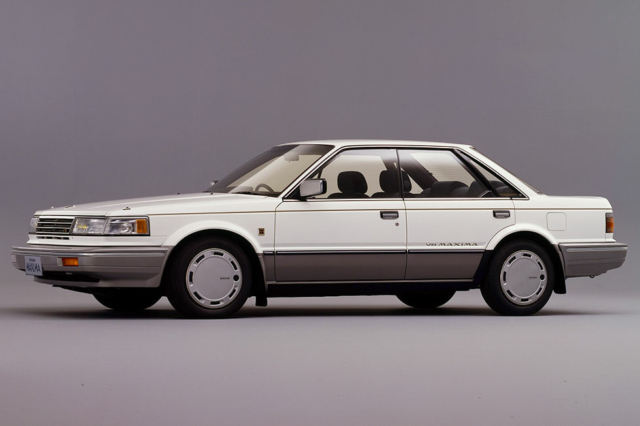 We typically don’t review cars like the Mercedes S65 AMG, so it only recently came to our attention that when it debuted in 2014, the Benz flagship boasted about having the world’s first surface-sensing suspension. The only problem with that claim is that Nissan actually came out with it nearly 30 years earlier.

Here is a clip from the Mercedes S65 AMG’s press release. It says, “The AMG sports suspension based on MAGIC BODY CONTROL comes as standard with ROAD SURFACE SCAN, the world’s first suspension with eyes.”

Later, another section of the same release goes into detail about how the Road Surface Scan system works: 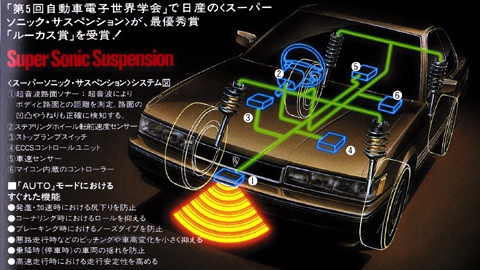 Nissan called it Super Sonic Suspension. It used an array of sonar sensors to read the road surface ahead of the car, and adjusted the suspension’s damping force to compensate. It too had three levels of stiffness.

Nissan debuted it on the 1984 Bluebird Maxima, offering it only on its highest trim level, the 4-door HT Turbo Legrand. But, it wasn’t limited to just the U11. Nissan offered the Super Sonic Suspension on an array of products throughout the mid-1980s.

In June 1985 Nissan added it as an option to top-spec versions of the Y30 Cedric and Gloria. When the F31 Leopard debuted in 1986, Nissan again offered it on the highest grade, the Ultima trim level. We mentioned it in a 2018 article about the Infiniti M30. It also trickled down to other grades as the years went on. Though both the U11 Bluebird and F31 Leopard were sold in the US (the latter as the Infiniti M30), the Super Sonic Suspension never made it across the Pacific. 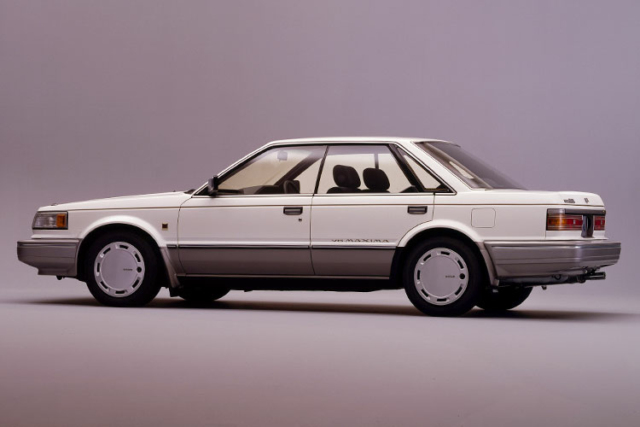 There are differences in the execution between the Mercedes and Nissan systems. Mercedes uses a stereo camera system, while Nissan used an array of five sonar sensors. Nevertheless, it wasn’t the specific method of road imperfection detection that Mercedes was claiming; it was the concept of reading the road surface and adjusting the suspension to compensate.

Sure, it would have been better if we had caught Mercedes’ error when it happened eight years ago. The S 65 AMG isn’t even made any more, but better late than never. The point is that Nissan had them beat by 30 years on a humble Maxima.

5 Responses to Sorry, Mercedes, Nissan had road surface sensing 30 years before you on a Maxima