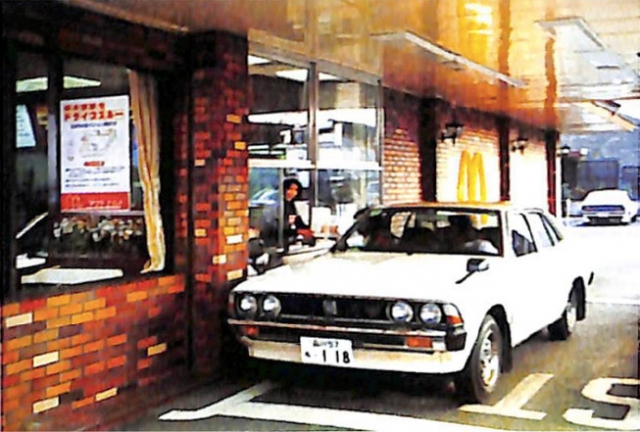 Fifty years ago today, Japan’s first McDonald’s restaurant opened in Ginza, Tokyo. The American fast food chain not only introduced hamburgers to Japan, but the concept of the drive-through restaurant. It was a time when Japan was undergoing rapid motorization, and McDonald’s introduced a whole new way to enjoy driving. 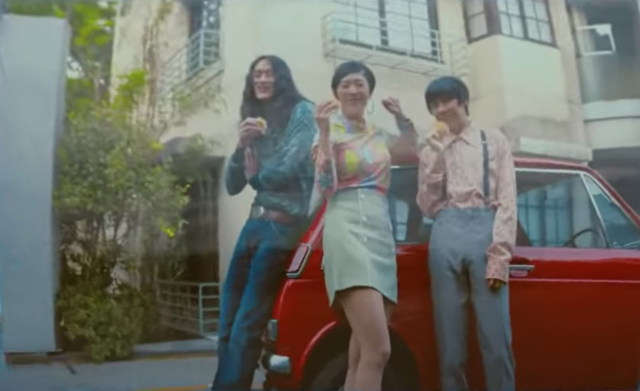 The idea was originally to transplant the concept of the drive-through restaurant directly from America. An urban location like Tokyo wouldn’t have had enough space for that, and most residents wouldn’t be driving anyway. Therefore, the site of Japan’s first McDonald’s was originally planned for the suburbs of Chigasaki City, Kanagawa Prefecture.

However, McDonald’s Japan’s founder, Den Fujita, realized that most Japanese weren’t familiar with hamburgers yet. The suburbs were considered “rice and fish country,” and he realized that he needed to make burgers trendy first. So, he decided to open the first store in the Ginza shopping district in the heart of Tokyo, ground zero for many of Japan’s trends.

The restaurant would be opened as part of the Ginza Mitsukoshi department store (0:09 in above video), but that itself presented a problem: inconveniencing customers at the famed shopping venue would have been considered improper. Fujita’s solution? Build the entire restaurant during a single off-hour span, between 6:00pm Sunday to the 9:00am opening the following Tuesday (the store was closed on Monday for unrelated reasons).

It was one of those mind-blowing stories of Japanese devotion to no-expense-spared perfection. His staff rehearsed building out the entire store off-site, constructing the kitchen, ordering counter, and storage area, as well as hooking up of electricity, gas, and water. They formulated a detailed plan and choreography, assembling and disassembling the entire store three times to make sure they could finish in the 39 hours in which Mitsukoshi was closed.

Initially, the team took 60 hours to build the store, but they continued their attempts. On the third try, they finished in 36 hours, leaving enough of a buffer for the real deal. The actual construction went off without a hitch, and on July 20, 1971, Japan had its first McDonald’s. It was an instant hit. 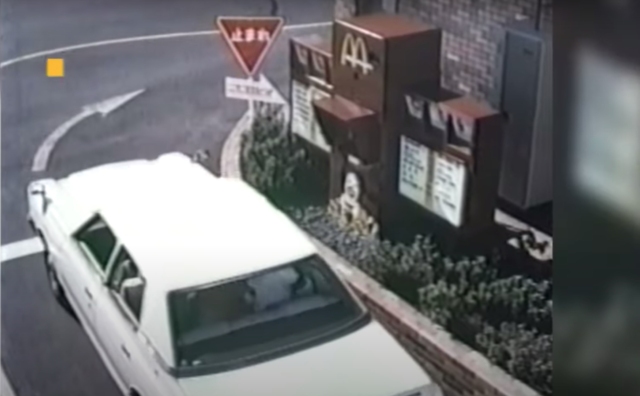 Throughout the 1970s, car ownership grew, and taking the family out on road trips became a popular activity. For young couples, leisure driving in cars was trendy, as Japan’s network of highways expanded throughout the decade, connecting previously distant corners of the country. Carmakers constantly introduced new models, spurring number of cars from about 7 million in 1965 to 30 million ten years later.

During this mass motorization, McDonald’s opened what it calls Japan’s first full-scale drive-through in 1977 (0:29 in above video) in Kanpachi Takaido, Tokyo, near the entrance of the Chuo and Tomei Expressways (apparently another Japanese store had opened a drive-through earlier, but without all the services that McDonald’s offered). The store featured a special drive-through lane, staff preparing drinks, and an ordering station with an actual two-way TV monitor instead of just a voice box. Drive-through restaurants were still rare in Japan, and it became a pretty big deal.

Regardless of who was first, McDonald’s popularized it with their massive marketing reach. People would visit the McDonald’s like tourists, ordering hamburgers just for the novelty of doing it in a car. The opening of the drive through saw a line of cars rushing to try the novel food acquisition method. A hit commercial titled “Holiday Drive-Through in Pajamas” showing a family ordering burgers while hiding sleepwear below the window line of their Mazda Luce Legato only fueled the craze.

Often, McDonald’s would offer promotional items that encouraged driving. Trinkets like a travel cup with a small hook to hang on your car window, a mesh travel pouch, a clothes hanger with a hook angled to more easily attach to the grab bar above your car door, or even car shampoo and wax. 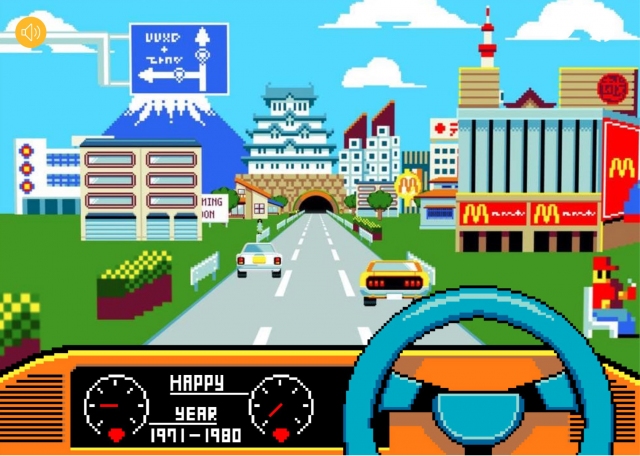 Because McDonald’s in Japan is so tied to driving culture, the company has released an interactive “road trip” minisite to mark the occasion. It commemorates significant milestones in the company’s history, but the timeline scrolls like a driving video game, starting with 8-bit graphics (and a Celica Liftback and Mark II sharing the road) in the 1970s. 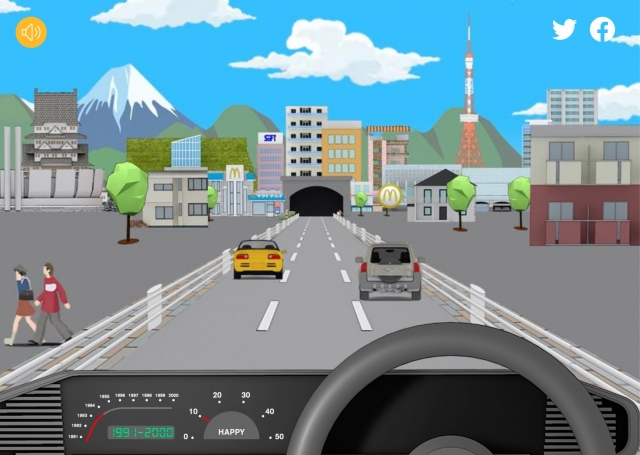 In the 1980s, the cars appear to be Mazda Familias, while the improved graphics of the 90s give way to a Honda Beat and what may be a Toyota RAV4. The graphics improve throughout the 2000s and 2010s, though the cars get progressively less interesting. Clicking on certain landmarks takes you to historic moments.

Other 50th anniversary activities include the return of Speedee, a winking hamburger man that was the original McDonald’s mascot before Ronald McDonald, as well as a new series of ads featuring Takuya Kimura, one of Japan’s biggest stars. Loyally, Kimura, who is also the spokesperson for the new Nissan, drives a first-gen Terrano in the ads.

Drive-throughs still aren’t common in the big cities of Japan, but they remain popular in less urban areas. It’s not just McDonald’s, either. All sorts of fast food chains have adopted the meal-in-car lifestyle since. It would be a stretch to presume anyone bought a car as a result of the popularization of drive-throughs, but they certainly made driving a little bit more enjoyable, and as such contributed a that much more to the car culture of Japan.

A man in a Toyota Corolla II receives a car-friendly coat hanger.

A family on the way home from the hospital with a newborn stops to get McDonald’s in their Honda Accord Aerodeck to soften the blow when they tell their other child about his new sibling.

Two families caravanning in a Honda Civic and MkI VW Golf (in red and yellow, of course) visit a drive through together before continuing on their road trip.

A family in a Toyota Chaser visits a drive-through as to not wake their sleeping child.

A family in a Toyota Chaser Avante visits a drive-through on the way home from their daughters’ ballet practice.