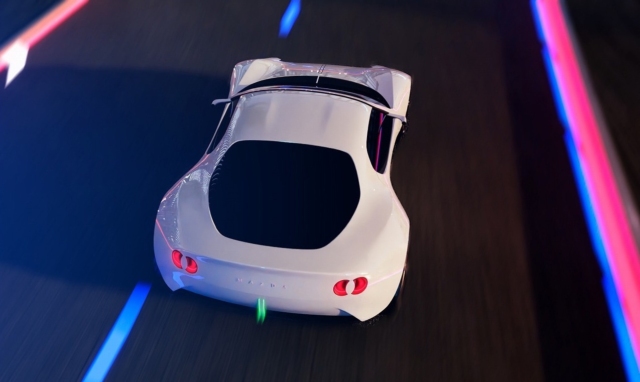 Mazda surprised the world last week when it snuck images of a sleek sports car into an otherwise mundane briefing about its plans to electrify. At first glance it struck us as a potential design direction for the next Miata, but upon closer inspection it exhibits shades of the RX-7 as well. It seems Mazda is mashing together the Miata and RX-7 into a unified sports car heritage.

At this point, hope of a rotary sports car revival is likely dead. Mazda will no longer commit to a sedan on its new FR platform, so any planned coupe is even less likely to see the light of production. Given that reality, how is the company planning move into this new age of electrification while keeping its identity as the “joy of driving” brand in tact?

As we noted upon the Mazda Vision Study Model’s debut, the car is dripping with Miata DNA, like the ND fenders and nose, with head- and taillights clearly inspired by an NA. In addition, the windshield hoop and A-pillars look like that of the NC. 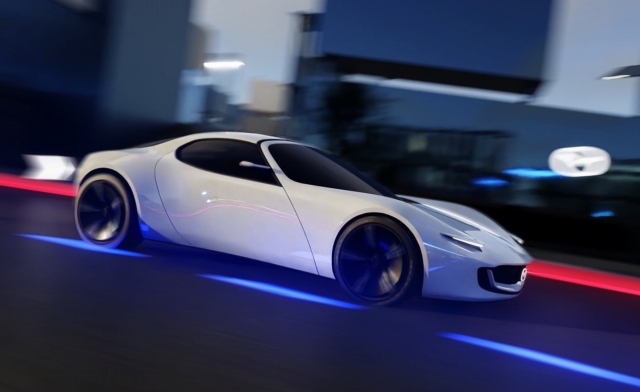 But the further back you move, the more and more it begins to take after the RX-7. You’ll notice that the butterfly doors have the contours of the FD RX-7 in the way the rear edge curves into the window. The B-pillars also resemble the FD’s, and the Vision Study is a fixed-roof car and that’s definitely more RX than MX. quite. From the back, the rear glass seems to be a callback to the FC and FD hatches. The way the rear fenders flare out is much more RX-7 than Miata as well.

I know it’s a pure design exercise, but the proportions look electric to me. The hood looks too short and low to accommodate an internal combustion engine. That seems to be corroborated in the video’s 2:54 mark, where a skeleton of the car reveals a backbone chassis design with support bracing where the engine would go. There’s no ICE in there, just a nondescript box and another box behind the driver that indicate battery packs.

Or, maybe they just got lazy rendering. I hope they make a real concept car version of it, though. It’d be worth Mazda’s while, to breathe some life into interest for the brand even if nothing ever comes of it. They could make an electric sports car with the rotary engine range extender of the MX-30 and legitimately call it an RX. The brand identity of Mazda is strongly tied to its sports cars. If the RX-7 won’t have a successor, blending it with the Miata’s lineage to represent the marque might not be the worst idea. It’s possible there’ll be a concept car in the sheetmetal at next year’s Tokyo Motor Show. It would certainly be good for them as a brand.