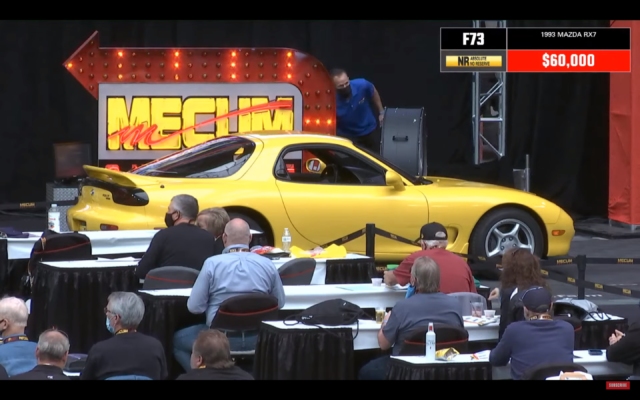 Over the weekend a 1993 Mazda RX-7 sold for $60,000. The car in question was finished in Competition Yellow Mica, considered the most desirable color in the FD palette and exclusive to first-year performance-oriented R1 packages. Only 350 CYMs were sold in the US market. Initially our gut reaction was that the price seemed too high, especially given the Craigslist quality copy in the listing. But given some time, we’ve come to reassess the call.

The auction took place at Mecum’s Glendale, Arizona event on Friday, March 19. You can watch the whole thing go down at 3:03:27 in the video above. Much of our initial call stems from the fact that the description is complete garbage. It lists just 14 bullet points, giving very little information about the car. 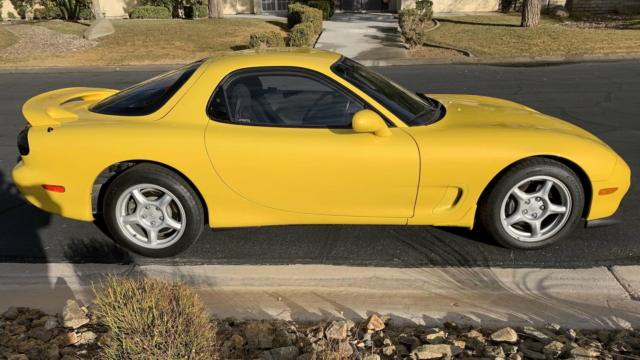 “Rebuilt large turbo rotary engine,” one bullet point says. Does that mean the entire engine was rebuilt, or that the larger of the sequential turbos was rebuilt and they are unskilled in the use of commas? “Oil leak fixed,” read another. If it was fixed, why mention it at all? “Some interior trim replaced,” it said. Okay, which pieces of the FD’s notoriously brittle plastic were replaced, and was it with OEM parts?

On top of that, the car sports a very ugly Kenwood double-DIN touchscreen stereo and crappy Continental tires. The fact that the seller purchased the car in October 2019 indicated that it was bought for a rehabilitation and turnaround, cartoon dollar signs in eyes. And since Mecum is primarily known for dealing muscle cars, the whole thing smelled of, “Hey, look at this foreign job with the weird engine. JDM is hawt right now!!”

After sitting with it for a couple of days, though, I’ve reconsidered my negative position on the FD and I did it the way I do everything: by comparing it to a 1969-73 911S.

So first, let me say that there are still concerns, but mostly they’re related to the vendor and the auction house. The fact that they chose Mecum as their venue for the sale makes me question how serious they were about their brief stewardship of the vehicle (which they only owned for 15 months). Mecum’s listing was borderline incompetent too. 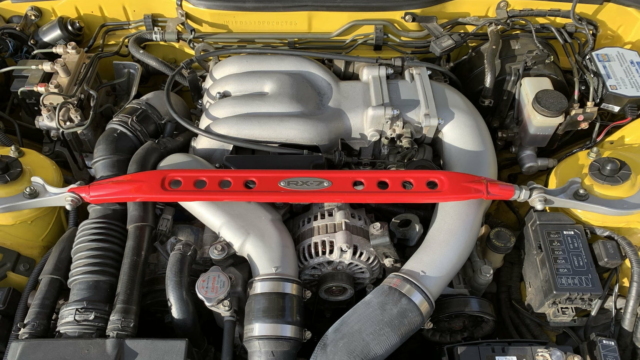 As for the car itself, any sins that you can eyeball just from the listing are pretty forgivable. If the mileage is genuine, it has fewer than 40,000 original miles. That’s a plus in any case. If the engine was rebuilt, is that itself such a big deal? If we compare with the beloved 911S, it isn’t at all. In the case of the Porsche, it would even be considered a benefit if the work was of good quality. Replaced trim pieces? If they’re NOS, no problem at all. Aftermarket stereo? Generally reversible, and as noted, the OEM unit is included. Crap tires? Who cares?

Overall, even if the car’s not perfect, it’s one of 350 Competition Yellow Mica R1s. You might be able to find a better one, but it could take a very long time. Maybe it’d be better to get a perfectly decent one like this and rehabilitate it as needed. We were hasty to assume initially that the workmanship would be sub-par, perhaps because of the obvious intent to flip and the venue. 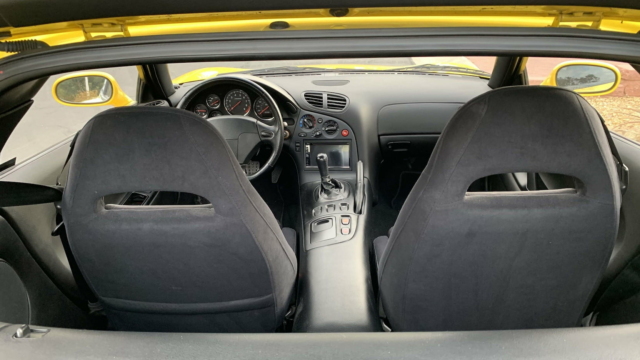 Which brings us back to the 911S. Everything that raised an eyebrow on the FD at first, would be easily forgiven on a 911S if the price was right. With that perspective, it just becomes a question of whether the price was fair on the FD, and not whether the car itself is worthy. It’s totally worthy of owning. 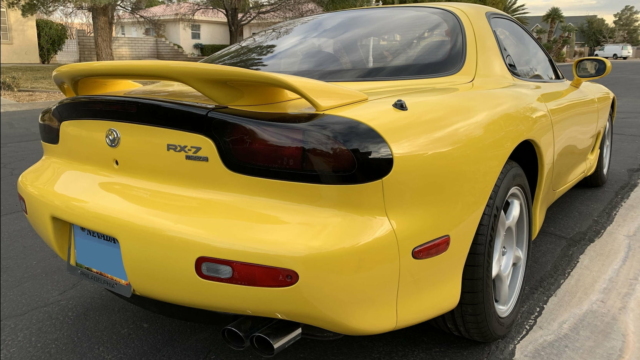 Let’s say that the perfect and utterly hypothetical low-mileage, close-as-you-can-get-to-new, museum-quality Competition Yellow Mica FD Mazda RX-7 R1 is worth $80,000. That may seem high, but all you need are two people in this vast nation willing to bid to that number. Given the FD’s unique place as a Japanese icon and perhaps the greatest and iteration of the rotary engine, that doesn’t seem like a stretch. 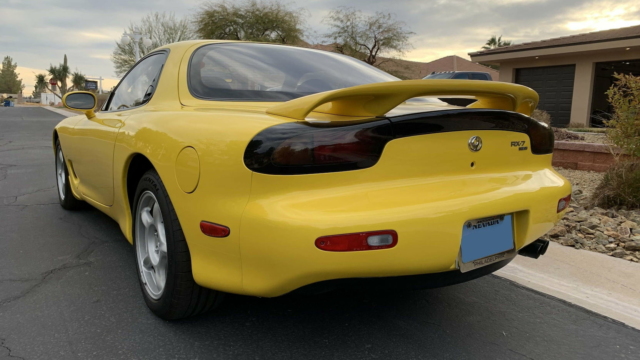 Undoubtedly, there’s a lot fewer than 350 unmolested CYM R1s out there. We’d be willing to bet that one or two got bubble-wrapped when new, but not many more than that. Quite a few of these actually got deployed for their express purpose: motorsport.

I had severe priapism for these in 1993-94, during my aspiring autocrosser days. I loved that they finally ended the Corvette’s dominance in the Solo II Super Stock class. For me, the FD is nostalgic in the truest sense. I didn’t have to learn to appreciate them years after their production life. I loved them fully in their own time. 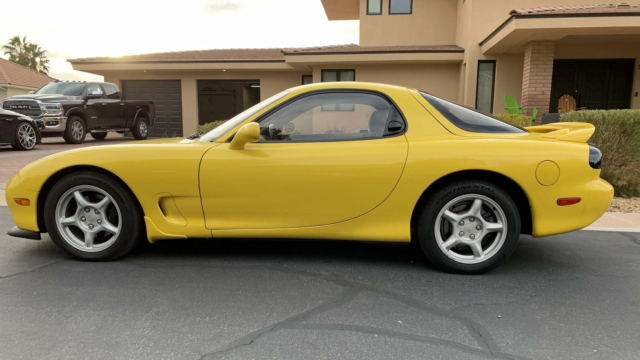 One more thing: this particular R1 has just enough dirt under its fingernails that you could drive it and not worry about killing the value. Overall, then, this is a decent buy, and of course as we know, prices are only going to go up.

permalink.
This post is filed under: marketwatch and
tagged: fd3s, mazda, rx-7.