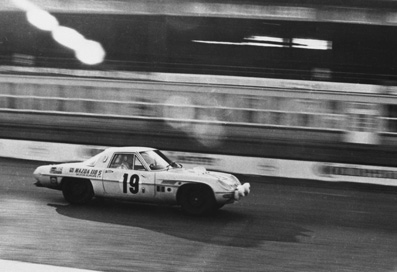 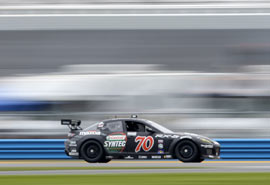 In 1968, Mazda took the world’s first ever rotary-powered race car, its brand new Cosmo Sports, racing at one of Europe’s toughest enduros, the Marathon de la Route 84 Hours at Germany’s Nürburgring. It finished fourth, behind a pair of Porsche 911s and a Lancia.

Forty years later, Mazda is still fielding pistonless endurance machines, most recently at the 2008 Rolex 24 Hours of Daytona where it took the GT Class championship amidst a grid of Ferraris, a Corvette, a BMW M6 and yes, Porsches. In honor of this victory, Mazda Japan has created a website chronicling the race. Mazdafarians might want to take a look even though the site is in Japanese; the interviews are in English. Congrats to the Speedsource RX-8 team of Sylvain Tremblay, David Haskell, Nick Ham, and Raphael Matos.

2 Responses to Mazda Rotary Endurance Racers, Then and Now