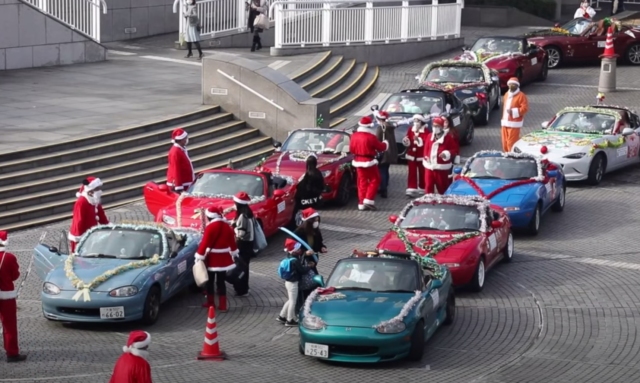 The Mazda Roadster Club of Japan recently held their annual end-of-year Santa Drive. The event sees owners of Mazda Roadsters decorate their cars in tinsel and dress up as Santa for charity, bringing some joy to disadvantaged kids by letting them ride through town in a parade of Japan-market Miatas.

The Santa Drive is actually two events. It started with the city of Yokohama asking organizations for Santa-themed charity work. Because Mazda has a design center in Yokohama, they enlisted the help of the local Roadster Club of Japan chapter to lead a parade of Santas around the city. This year marks the 13th run.

The event was such a hit that Mazda headquarters in Hiroshima began doing it as well, starting in 2018. This is the fifth year that Mazda HQ has done it. Both events benefit local single parent families in the Tokyo, Yokohama, and Hiroshima areas. 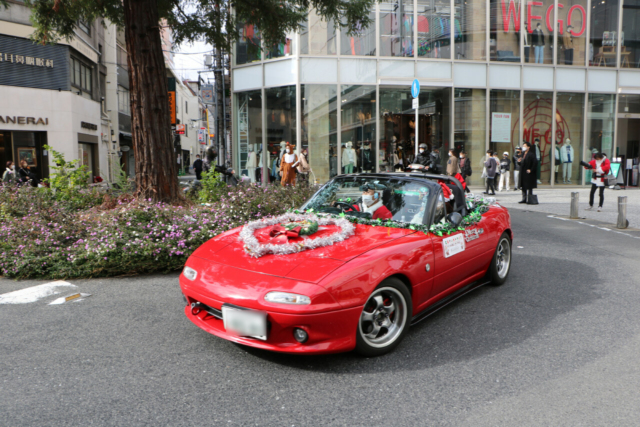 About 230 families in the Tokyo-Yokohama area and about 50 families from the Hiroshima area participated. Unlike in America where nearly every classic Big Three model came in a droptop version, convertibles are relatively rare in Japan. Getting a tour in one is a rare opportunity. Not only that, but passers by enjoyed seeing the procession as well.

We hope that as we head into the holidays after another tough year, this story brings a bit of joy to you too.