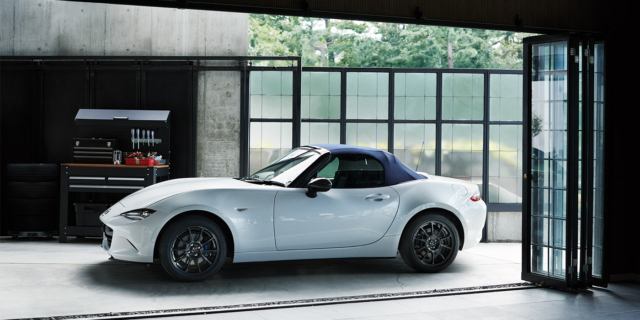 God love Mazda. As if the ND Miata wasn’t already one of the purest, lightest sports cars on the road today, in Japan Mazda has just announced an even lighter model. It’s called the Mazda Roadster 990S because it weighs just 990 kg (approximately 2,180 pounds). That’s almost as light as the original NA Miata from 1989. 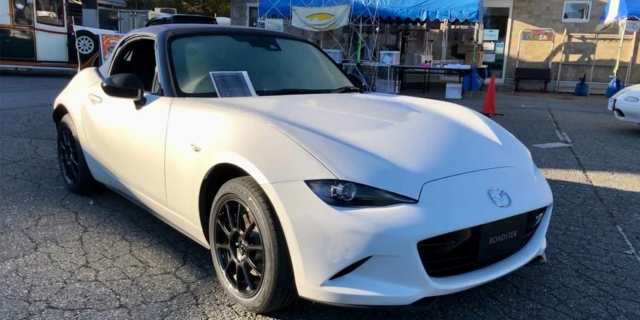 The 990S was revealed on October 24 at the Roadster Karuizawa Meeting in Japan, the 29th gathering of Roadster owners put on by the Roadster Club of Japan. Shigeki Saito, head of the 990S’s development, and Munenori Yamaguchi, its product planner, took the stage to discuss the car. The Japanese publication Car Watch was there to report (some of the following statements were translated via Google).

Regarding the 990S’s philosophy, “I became the development chief in May 2019 and this is the first model I planned,” Saito said. “I made the 990S to deliver a pure and fun car.” It was something he said he wanted to do after attending several Roadster enthusiast events around the country.

Yamaguchi reveals that some of the weight savings comes from the removal of sound insulation from the hood and behind the dash. There’s no Mazda Connect or GPS, either. It uses Rays forged wheels that are each 1.76 pounds lighter than the standard rims. The base steel brake rotors have been replaced with aluminum Brembos that erase another 1.54 pounds despite being larger. That may not seem like much, but Saito believes that every pound of unsprung weight eliminated is as effective as dropping 10 pounds of sprung weight.

The 990S also features a lot of blue, which Saito says represents lightness. Thus, the convertible top, louvers in the climate control vents, and lettering on the Brembo calipers are all blue. Taking everything into account, less than 60 pounds separate the 990S’s curb weight from that of the NA Roadster.

The 990S also introduces a new handling system Mazda calls “Vehicle Attitude Stabilization Control” that helps the Roadster stay flat in corners. When lateral forces exceed 0.3 g, the car drags the inside rear brake a little, which Saito says will reduce the wheel’s tendency to lift. The effect, some drivers say, is similar to that of an electronically controlled suspension. For those who don’t want it, the system deactivates when you turn off stability control.

Unfortunately, the 990S is unlikely to make it stateside. It’s based on the Japan-spec 1.5-liter engine model, not the US-spec 2.0-liter. To accommodate the larger 181-horsepower motor, Mazda says the wheels, brakes, cooling system, powerplant frame, and drive shaft all have to be strengthened. All that adds about 50 kg (110 pounds), so a 2.0-liter 990s is sadly out of the question.

Despite the fact that the 1.5 has only 130 horsepower, Saito believes it’s the best driver’s car in the Mazda lineup right now. “Horsepower and fun are not proportional,” he explained, “But lightness and fun are.” That’s poetry to our ears, and in today’s environment of ever larger cars, we’re glad that someone out there still gets it.

permalink.
This post is filed under: Next Version and
tagged: mazda, miata, Miata ND.