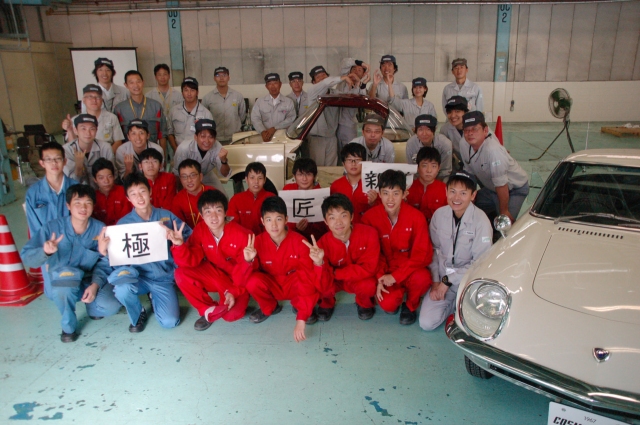 Back in early 2015, Mazda embarked on a restoration project of a 1967 Cosmo Sport. As we reported, it began with the company desiring to instill the Mazda spirit in the carmaker’s next generation of employees through close study of heritage, legacy, and craftsmanship. It concluded with the involvement of departments across the company, suppliers, a group of Hiroshima-area high school students, and perhaps the most definitive and exquisitely restored L10A in the world. Now, the program has been applied to an R360 Coupé, Mazda’s first production passenger car. 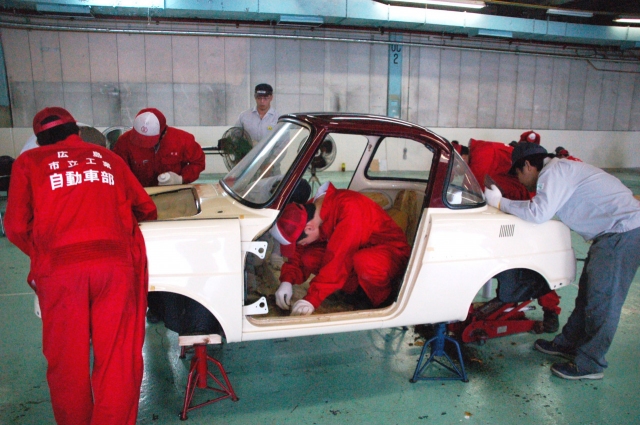 As with the Cosmo restoration, Mazda invited a group of high school students to participate. Fourteen lucky enrollees from the Hiroshima Prefecture and Hiroshima City Industrial High Schools kicked off the job by disassembling the 1960 R360 Coupé.

Again, the objective for the students was to gain first-hand mechanical experience and an appreciation of the manufacturing craft. Their work encompassed inspection of engine valves, thorough cleaning of transmission parts, and restoring the exterior body. Along with lectures and tours of Mazda’s modern Ujina assembly plant, the program imparted a deep look into the automobile manufacturing process. 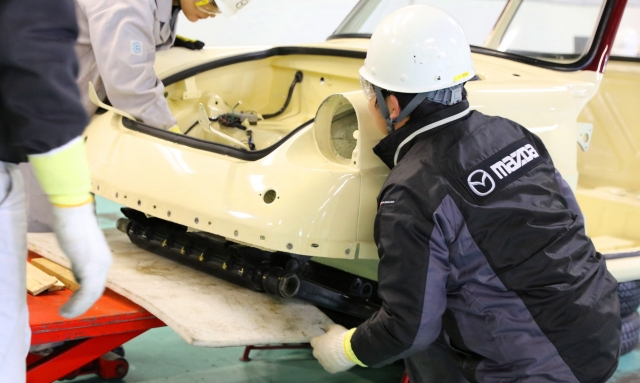 Mazda employees have subsequently carried out restoration of other components, a curious example being the “torsion rubber spring.” Essentially a torsion bar sprung by rubber instead of metal, this simple and unique design was developed by Mazda to endow the R360 with a comfortable ride over the variable road conditions of early 1960s Japan.

At this point, the engine, drivetrain, and brakes have been assembled. The basic body structure has also been restored. The work remains ongoing, and the project appears very much passion- and pleasure-driven by those involved.

As a catalyst to engage those within Mazda and out, these restoration projects are second to none, especially as more are planned each year leading up to Mazda’s 100th anniversary in 2020. Following the R360’s completion, a Luce Rotary Coupé will be the subject later this year. In 2018, a fourth generation Familia, followed by Mazda-Go in 2019. Stay tuned for updates of each as they come. 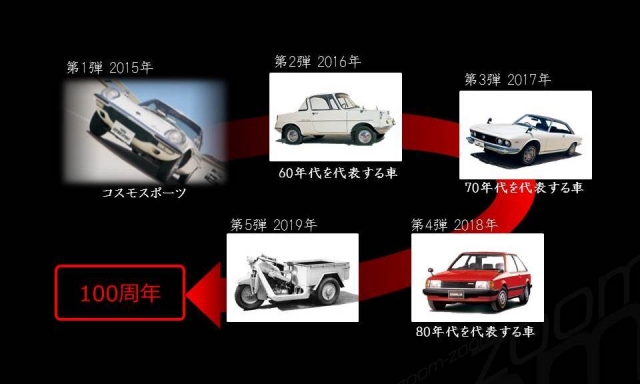 permalink.
This post is filed under: Restoration and
tagged: kei, mazda, r360.