VIDEO: A Mazda Miata now holds the world record for most hairpin turns in 12 hours

While most automakers are chasing speed records on the Nürburgring, Mazda has been quietly unlocking an achievement of a different sort. Mazda Germany revealed last month that back on July 18, it had broken the world record for most hairpin turns in a 12-hour period, a fitting coup for a company that prides itself on sharp handling and fun-to-drive cars. It was a stunt to celebrate the iconic roadster’s 30th anniversary and furthermore, they did it with a vintage Miata. 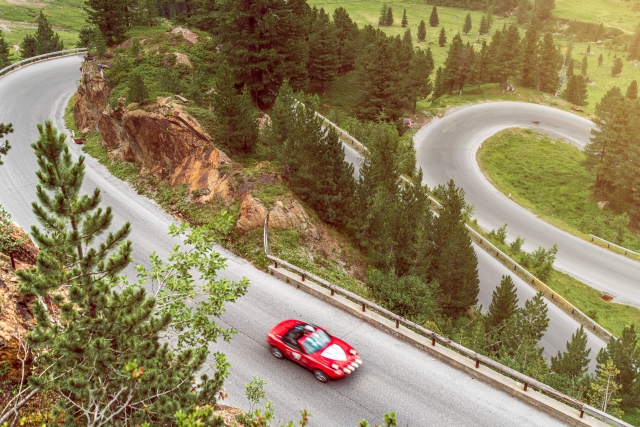 The feat was performed on the Kaunertal Glacier Road in the Austrian Alps. The 16-mile touge that sees 4,920 feet in elevation changes as it rises to a peak of 9,020 feet above sea level. The road is comprised of 29 hairpins, defined as a curve that turns between 150 and 180 degrees. 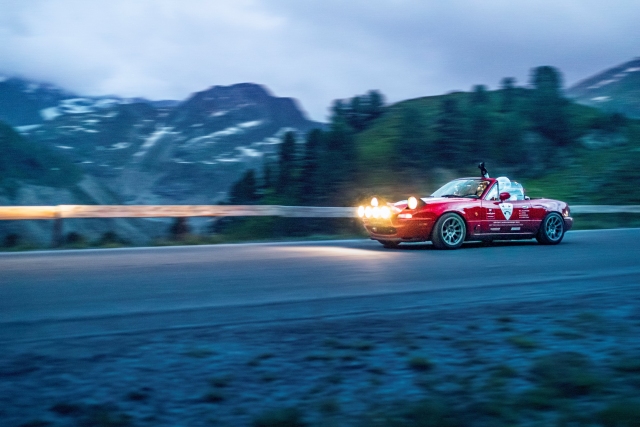 Because the road was still in service, the record run could only be conducted at night. As such, Mazda equipped the Miata with four rally-style auxiliary lights supplementing its pop-ups. The team started at 7:00 pm and drove until 7:00 am the following morning, even weathering an unexpected rainstorm in the middle of the night. 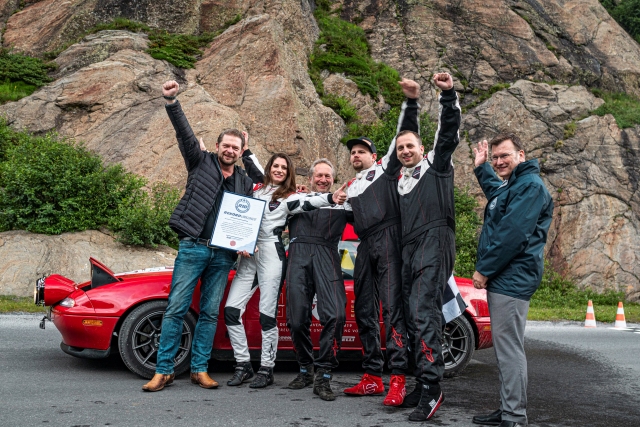 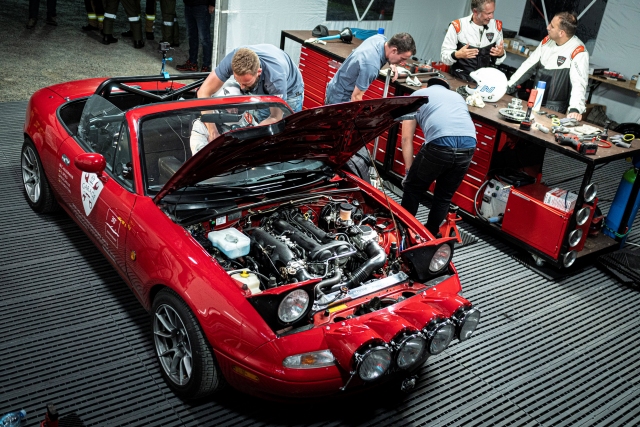 As for the car itself, Mazda Germany acquired it from Andrea Mancini, owner of Miataland, the Miata-themed hotel in Italy. However, because Germans don’t mess around, the car was given a thorough refres before it hit the road, including an engine rebuild, suspension cleanse, rocker and quarter panel replacement due to rust, and a repaint. 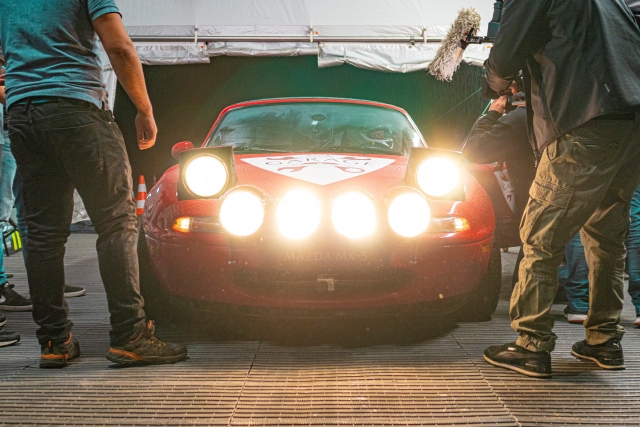 The Miata was then augmented with some aftermarket bolt-ons to help ensure the 30-year-old car would endure the risky campaign. Rear differential coolers, BC Racing coilovers, StopTech brakes, Sparco racing seats and steering wheel, a roll cage, and the aforementioned auxiliary driving ‘lampenbaum” (lamp tree). 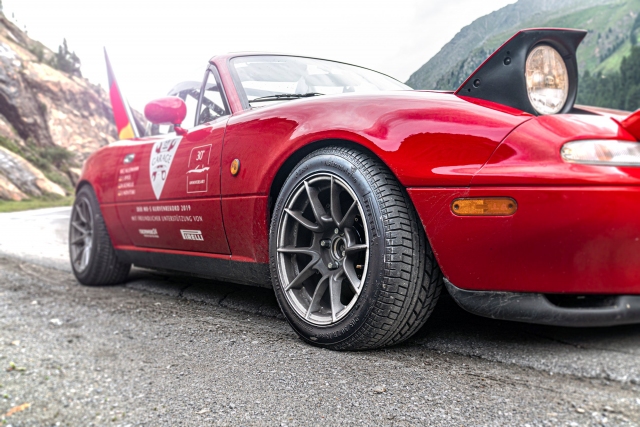 The Miata was also fitted with new Pirelli P Zero Asimmetrico 205/50ZR15 86W tires, a revived tread design that dates back to 1986. Originally intended for rally cars, the tread pattern is, according to Pirelli, “optimized for high lateral loads,” wholly appropriate for the task at hand.

After 12 long hours, the plucky NA not only succeeded in setting the world record, but overachieved. The team racked up a total of 2,900 hairpin turns, far more than the 1,500 needed. The world record was confirmed on site by the RID Rekord Institute for Germany, and there was probably no better car for the job.

If you want to see what it took to accomplish it, Mazda Germany has produced several videos following the acquisition, repair and modification of the NA used, as well as the run itself. It is, of course, in German.

9 Responses to VIDEO: A Mazda Miata now holds the world record for most hairpin turns in 12 hours