Watching an immaculate 1,500-mile Mazda Miata get even cleaner is extremely satisfying 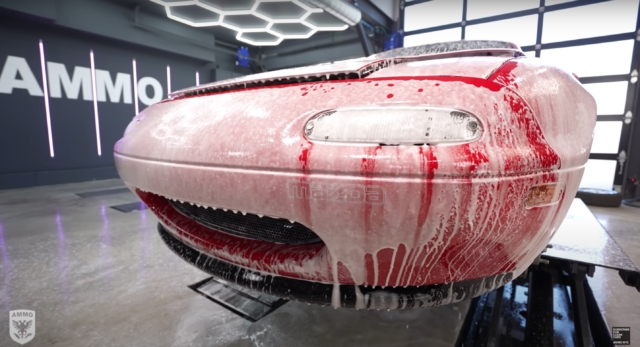 You might think that a 1990 Mazda Miata with only 1,500 miles on the odometer would not need a thorough detailing. Especially when that Miata was lovingly cared for by its original owner and is so “new” that even its convertible top had never once been put down. Well, you’d be wrong.

The car care pros at Ammo NYC were recently tasked with prepping a 1,500-mile, one-owner NA Miata for sale. Its owner had passed away and the car was being put up in an estate sale. As the video says, the only things that are not original on the car are the battery, oil, and oil filter. It’s almost tragic the owner didn’t enjoy the Miata, a car engineered for enjoyment, more.

Though the owner barely drove it, it was clear they cared for it. The car has been stored in a Long Island, NY garage for most of its life. And given the amount of caranuba residue on it the owner probably spent more time waxing it than driving it. Nevertheless, the video shows the what a difference a pro detailer can make over a well-intentioned average car owner.

4 Responses to Watching an immaculate 1,500-mile Mazda Miata get even cleaner is extremely satisfying