NEWS: Get one of 100 Mazda MX-5 25th Anniversary Editions today, while supplies last 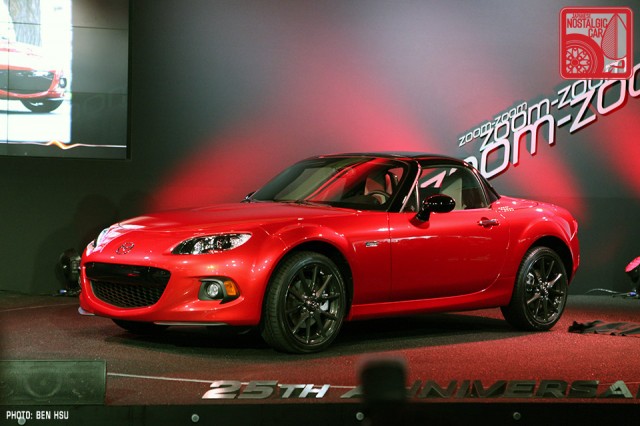 In honor of the Miata’s 25th birthday Mazda has created just one hundred MX-5 25th Anniversary Edition roadsters. A special website will open for orders in just a few hours, on May 20 at 10:25 am Pacific Time. UPDATE: Well, that was quick. All 100 sold out in 10 minutes. We can’t praise Mazda enough for recognizing their heritage when many Japanese companies seem hesitant to do so, and were on hand at the Miata’s New York birthday bash last month. That’s where the 25th Anniversary Edition was unveiled and here’s what it has to offer: 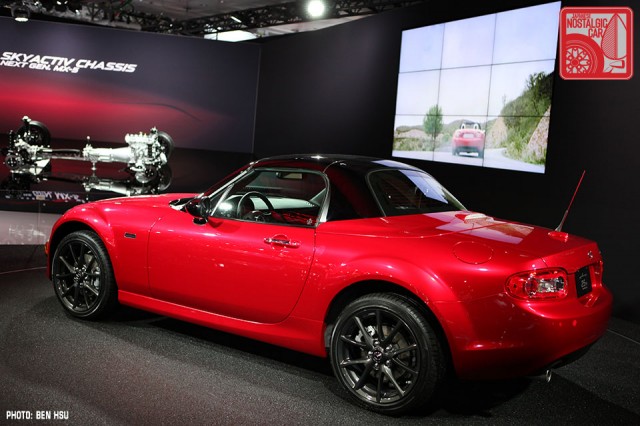 You can have it in any color you want, as long as its Soul Red, a hue that debuted on the Kodo-fied 2014 Mazda 6 as a $300 option. The brilliant crimson differs from the two existing shades of red already on the palette and is not available on regular MX-5s.

All 25th Anniversary Editions will have unique almond interiors as opposed to the standard black. No soft-tops will be available, only folding hardtops painted in a contrasting black visually matched by 17-inch wheels from the “Club” trim level finished in graphite. 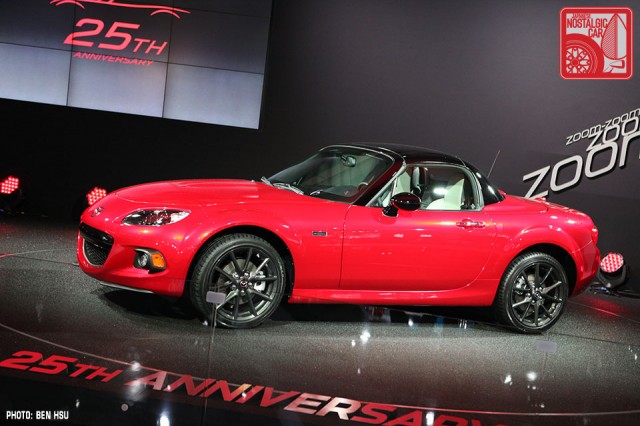 Each car will also wear a bespoke numbered badge on its fenders to denote its scarcity, and every buyer will receive a commemorative wristwatch as well. The list price, at $32,205, is on par with a loaded non-anniversary model, and as a side note, a no-frills Miata still only costs $23,720, one of the best fun-to-dollar ratios in the motoring kingdom.

Of course, Mazda is no stranger to selling farewell editions of its most popular cars, as the FD RX-7 and RX-8 Spirit R models have shown. And while strictly speaking this isn’t a being billed as a final run model, the next-gen ND MX-5 will be unveiled this fall.

6 Responses to NEWS: Get one of 100 Mazda MX-5 25th Anniversary Editions today, while supplies last