Mazda is set to unveil a new sports car concept at the 2015 Tokyo Motor Show next month. That in itself is already cause to celebrate, but Mazda has gone on to state that this will be a heritage model. Sources from within the company have assured us that JNC readers will not be disappointed. Could it be a return of the rotary? Here’s what we can tell you so far. 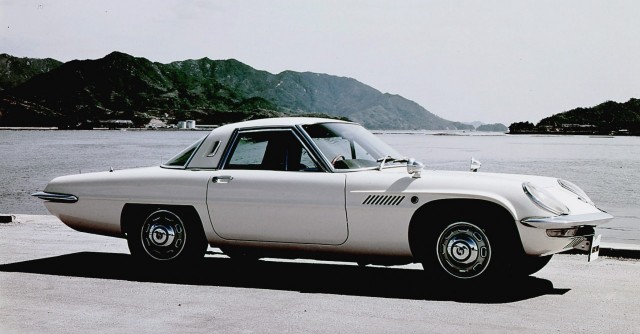 Mazda issued the press release late today, along with a teaser photo that shows the sleek sports car silhouette. Though short, it contains some key phrases that should be noted. “The design of the sports car concept to be unveiled in Tokyo is modern but maintains a sense of lineage and authenticity, appearing almost to condense Mazda’s entire history of sports car development into a single model [emphasis added].” There are no quicker ways to the JNC staff’s hearts than words like these.

The statement also reveals that on display along with the concept will be a 1967 Cosmo Sport, Mazda’s thunderous proclamation that it was entering the sports car game. Again, from the press release: “A motor sports exhibit will feature racing-spec Roadsters and the Cosmo Sport will complement a heritage display showing Mazda’s history of convention-defying engineering [emphasis added].”

Though the word “rotary” is never spelled out, those who know their Japanese car history can read between the lines.

The Cosmo Sport was not only Mazda’s inaugural foray into sports cars, but the first dual-rotor production car in the world. It was soon followed by a slew of rotary-based cars from sedans to wagons, culminating in, most famously, the RX-7 and ending in 2012 with the RX-8. In that half a century, though every one from GM to Mercedes-Benz tried, no other automaker was been able to successfully master the rotary engine formula. 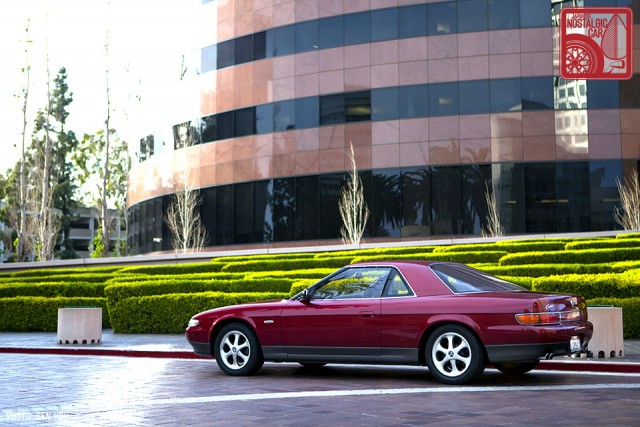 Peering at silhouette of the car in teaser, one can see both both the Cosmo Sport and the triple-rotor 1990 Eunos Cosmo in the front fender profile. The rear tumblehome evokes strongly the FD RX-7, as does the double-bubble roof and what appear to be round elements inside a taillight graphic that spans the rear.

It is not likely to be 86/FR-S/BRZ fighter. The proportions are that of a larger rear-wheel-drive sports car, and the Cosmo Sport that Mazda keeps alluding to was always meant as a flagship. Besides, Mazda already has the fantastic MX-5 to fill that niche.

No, this car will be a statement, like the Cosmo Sport before it. Keep in mind that Mazda could be resting on its laurels with the newly minted Miata. Instead, its doubling down on sports cars while much larger automakers are left trying to figure out how a small company like Mazda could devote a dedicated platform to the MX-5.

If it is indeed a rotary revival, then it would arrive just in time for 2017, the 50th anniversary of Mazda’s miracle motor. Whatever it turns out to be, Mazdafarians around the globe have reason to rejoice.

The Tokyo Motor Show takes place once every two years. In 2011, we showed you Toyota and Subaru’s take on a heritage model. In 2013, we reported  on Nissan’s heritage concept. JNC will be reporting live from the Tokyo Motor Show on October 28, so stay tuned.