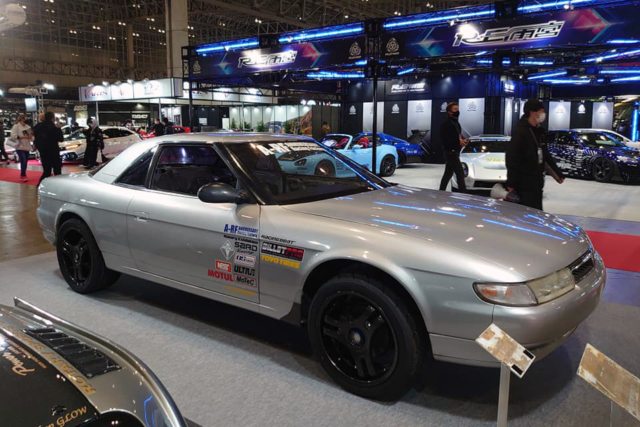 One car that made a splash at this year’s Tokyo Auto Salon was a JC Mazda Cosmo with a 6-rotor motor. Built by Anniversary Racing Factory, a rotary specialty shop in Tokorozawa City, Saitama Prefecture, the engine consists of three 13Bs sandwiched together and measures over one meter long. Amazingly, the car looks stock from the outside — from the front three-quarters view, at least. 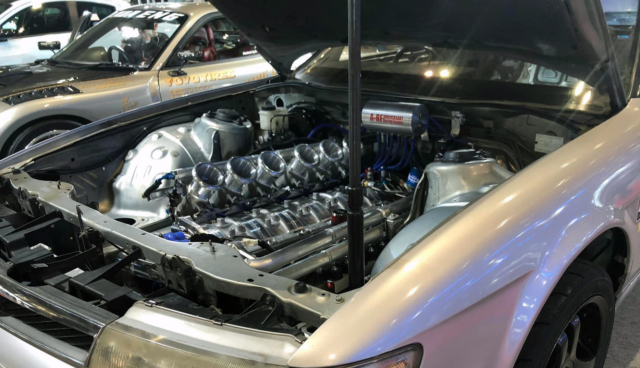 The Cosmo was already famous for having the only 3-rotor engine in a production car. The 6-rotor doubles that, using up every last millimeter of available space under the Cosmo’s already-long (for a rotary car) hood. A-RF’s Cosmo was still very much a work in progress and did not arrive at the Auto Salon under its own power, but the shop seems committed to making it a reality with the purpose of drag racing it when all is said and done.

Once you get to the back, it’s clear how the elongated engine was made possible. It left no room for a radiator in front, just an oil cooler, so the radiator and fans were moved under the trunk with a rather noticeable cutout at the rear bumper.

Since the 1.3-liter, dual-rotor 13B rotary gets its name from 2 x 654cc, this engine has been dubbed the 39B. Billet Rotary of Australia developed the eccentric shaft and the rotor housings, which employ a peripheral port setup with no intake ports. According to an interview in Motor Fan, rather than using the typical Devcon metal filler for the water holes, A-RF plugged them with their own proprietary methods. A-RF used carbon one-piece apex seals and a front engine cover of their own design as well. 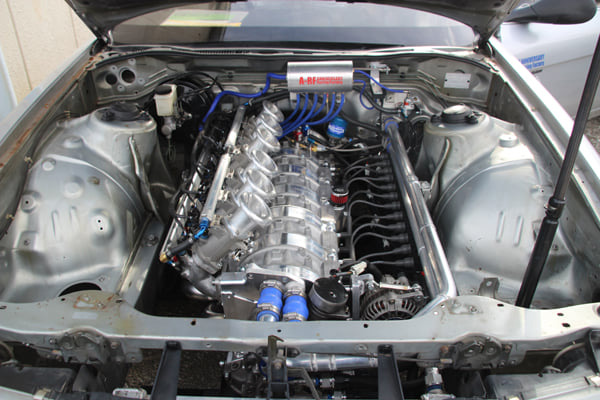 The individual throttle body setup uses a kit from TWM designed for Porsche flat-sixes, oriented in-line with a common fuel rail. A-RF’s own custom exhaust manifold runs under it, with headers collecting under the fifth rotor before connecting to an RE-Amemiya exhaust. The shop estimates that the engine is capable of over 1,000 horsepower, put down through a 5-speed sequential dog-leg and LSD from OS Giken. 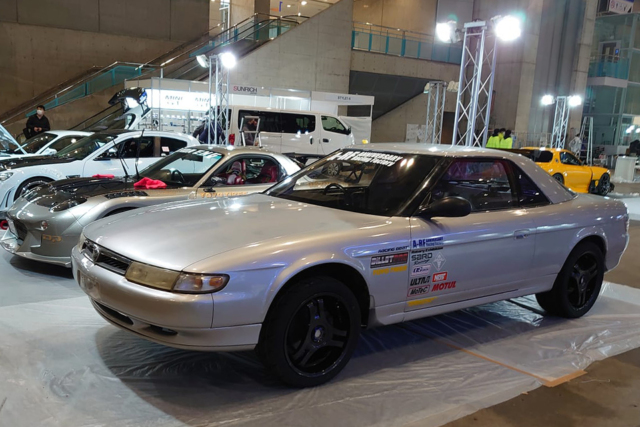 There isn’t much of the Eunos Cosmo’s luxurious interior remaining. It’s basically a racing seat and two lines for the coolant running through the cabin. A custom instrument panel with a Nagai Denshi tachometer front and center is surrounded by GReddy Sirius gauges and an NGK air-fuel ratio meter. A Motec engine management system has replaced the center console. Oh, and there’s also a massive nitrous bottle where the passenger seat once lived.

It’s not the first 6-rotor build, or even the prettiest, but the A-RF Cosmo is exactly the kind of madcap build from an obscure shop that brings us back to the heyday of the Tokyo Auto Salon. We hope they finish soon and is able to put some real numbers down at the zero-yon strip.