After 54 years, Mazda Bongo production ends with a whimper 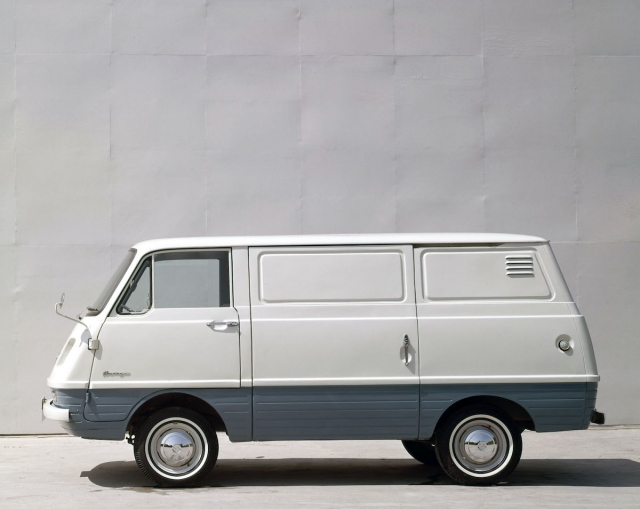 After half a century in production, the Mazda Bongo has reached the end of the road. For most North American readers this is probably not a big deal, as the Bongo looks like any number of nondescript one-box vans from Asia. In Japan, though, the Bongo was so game-changing, so beloved, that in some areas of the country the word “bongo” became the generic name for these types of vans, like “kleenex” for tissues or “xerox” for photocopies. 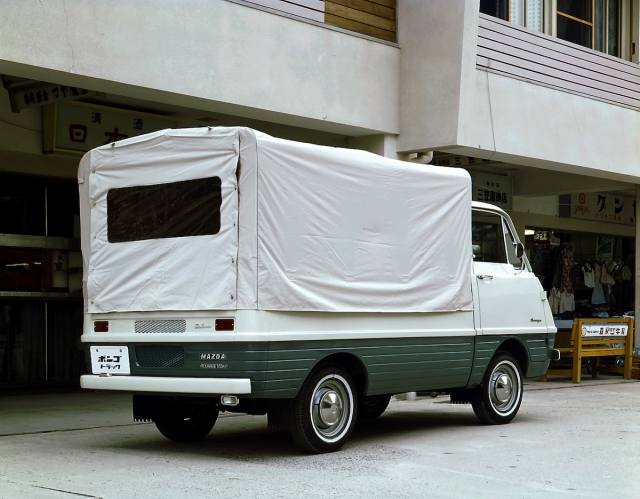 One of the reasons the Bongo was synonymous with one-box vans was that many one-box vans were, in fact, Bongos. Not only were they rebadged as Fords but Bongos also masqueraded as the iconic Mitsubishi Delica and Nissan Vanette. The genericisation of the Bongo name even extends to Korea, where Mazda supplied knock-down kits for Kia to sell as the Kia Bongo.

Another reason for the popularity of the Bongo was simply that of timing. Named not after the drum but a type of striped African antelope, it was launched in May 1966. Other domestic one-box vans existed, but they were either strangely packaged, like the front-wheel-drive Hino Commerce, or slotted into a much smaller class, like the Subaru Sambar. The Bongo dropped perfectly into the mid-size category, predating rivals that would be more recognizable to Americans, such as the Toyota TownAce or Mitsubishi Delica. 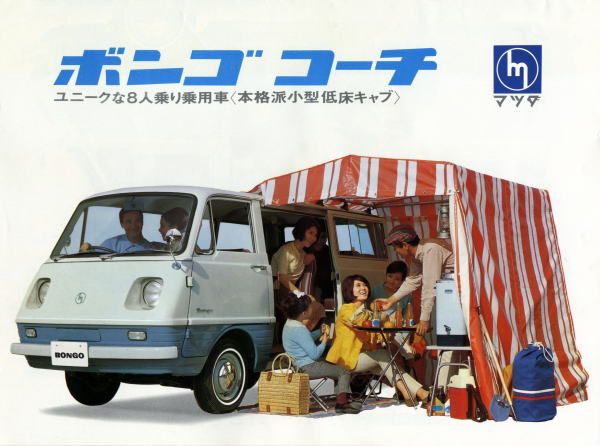 The Bongo’s architecture was fairly unique as well, with a rear-engined, rear-wheel-drive layout and four-wheel independent suspension. The engine, shared with the contemporary Mazda Familia, was an all-aluminum OHV inline-four displacing 782cc and generating 47ps (in April 1968, Mazda added a 1.0-liter, 48ps engine). 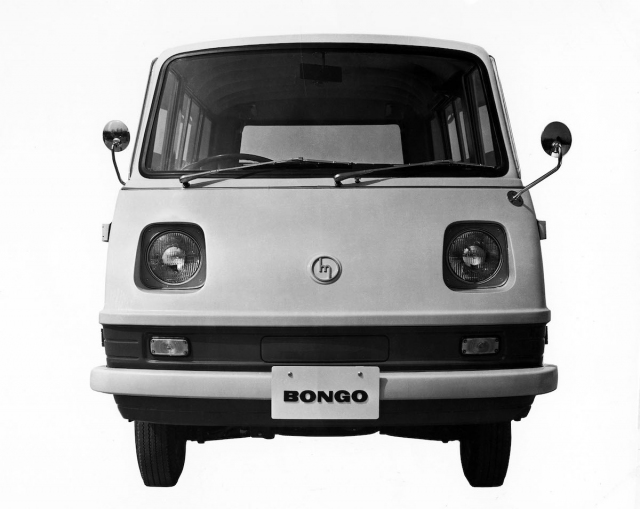 Design-wise, the Bongo wore a rather futuristic face for the time. Because it was rear-engined, it had no grille. Inset headlamps and a slim bumper gave it a kind of Iron Giant visage, and optional two-tone paint jobs added a dash of class. 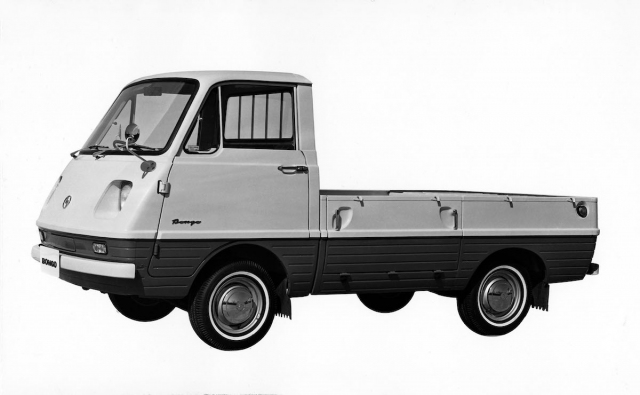 For the working man or woman, the Bongo’s claim to fame was its “ultra-low floor” with a loading height of just 450-460mm, or about a foot and a half off the ground. The pickups also boasted two-stage folding side doors so you didn’t need to lift anything over the bed side or tailgate, allowing for easy loading in tight spaces. These first-in-class features helped the Bongo become an instant best-seller, with pickup, cargo, and passenger van variations. 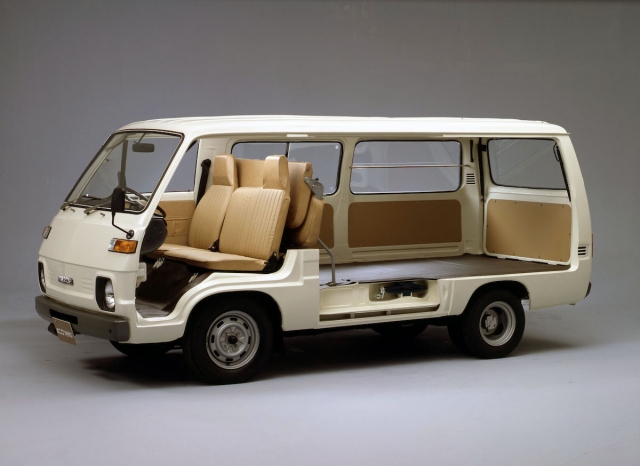 By 1975, the oil crisis and Mazda’s all-in gamble on the rotary engine had put the company in dire straits. It was unable to keep the Bongo up to date with Japan’s tightening emissions regulations, and suspended sales in March 1975. Soon, however, Mazda saw new-found success with the Cosmo AP, named Japan’s Car of the Year, and for a while its fortunes reversed. During that reprieve, it relaunched the Bongo in September 1977 with an all-new design. 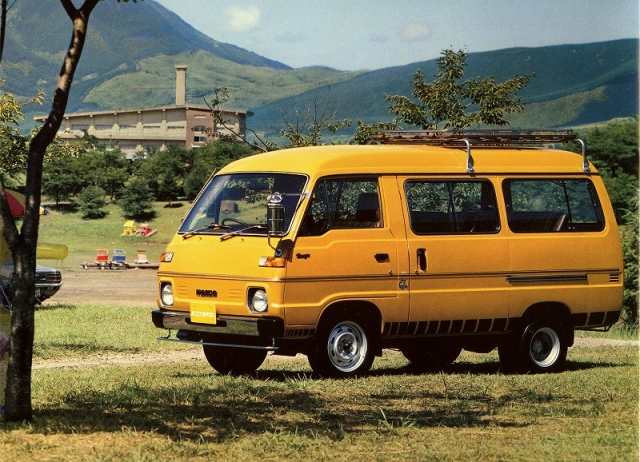 The second-generation Bongo shifted to a more conventional layout. The engine was now located in front, under the cab, powering the rear wheels. Speaking of which, Bongos now had four rear wheels on a solid axle, all smaller in diameter than the fronts. This meant the Bongo had no wheel wells protruding into the cargo area and that the floor sat flat and low, a boon for payload maximization. Essentially, it was a Tyrrell P34 in reverse.

Engines ranged from 1.3 to 1.8-liter petrol fours. In 1979, Mazda a diesel option joined the lineup, and catapulted the Bongo the top of the sales charts. Mazda was now moving 5,000 Bongos a month, making it their best-selling vehicle domestically. That year, Ford bought a stake in Mazda, and soon the Bongo would be sold as the Ford Spectron and Ford Econovan, depending on the market. 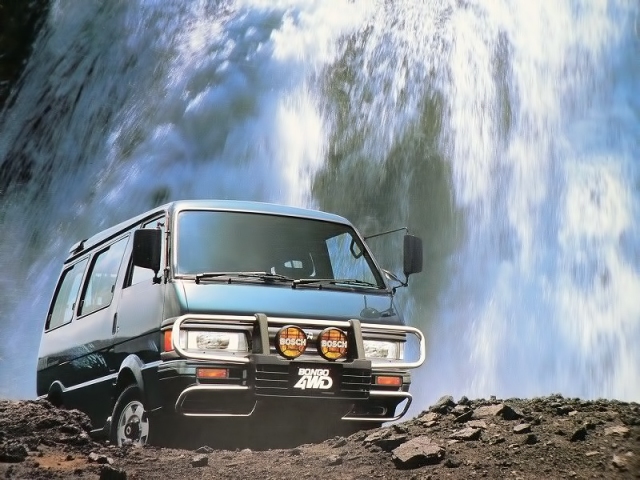 The third-generation Bongo had a 17-year run, from September 1983 to July 1999. Mazda added a non-dually rear axle in response to customers who wanted lower maintenance costs and an easier time driving in the snow. In November 1984, a 4WD option was added for the first time. 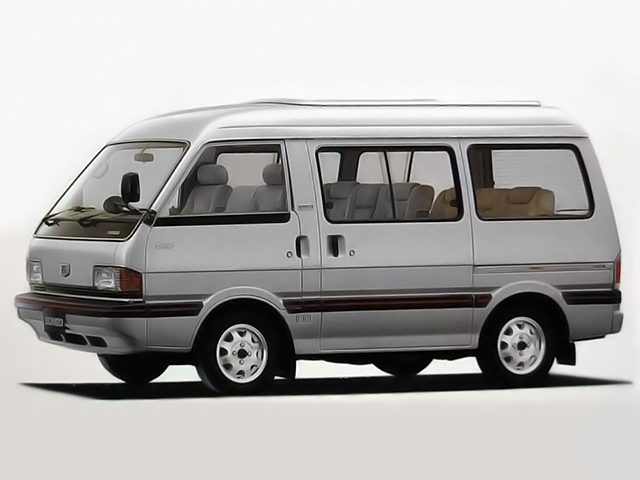 In 1994 Mazda began supplying Bongos to Nissan as the third-generation Vanette. In return, Mazda got the Nissan Sunny-based AD Wagon and AD Van, a kind of small commercial station wagon, renamed a Mazda Familia. The partnership extended to the fourth and final-generation Bongo, which began sales on July 17, 1999. 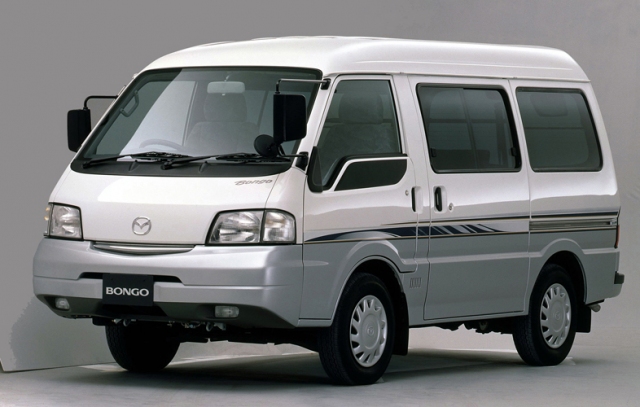 However, Mazda once again found itself in a financial pinch. So, even though the third-gen had been in production for 16 years, the fourth-gen wasn’t an wholly new design. It was more of a major facelift with a completely new front end, but it was approved by the Ministry of Transport as a new model and thus it became a fourth generation in in the history books. 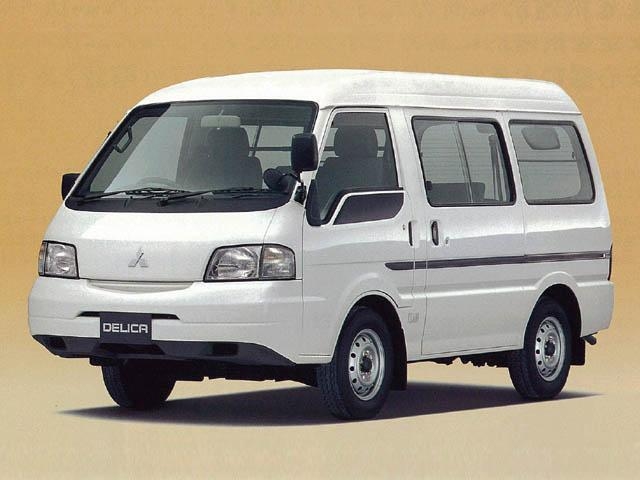 Despite the aging platform, it was still deemed good enough to rebadge as a commercial-grade Mitsubishi Delica. By then, the passenger Delica had evolved into the bus-like Delica Space Gear. So, from 1999 to when the deal with Mitsubishi ended in 2011, the only mid-size commercial van maker in Japan that wasn’t selling a version of the Mazda Bongo was Toyota. In the meantime, Nissan had been developing its own cargo van, the NV200. For a time, Nissan sold rebadged Bongos alongside the NV200, but in 2015 that came to an end and the NV took over both Nissan and Mitsusbishi fleets. 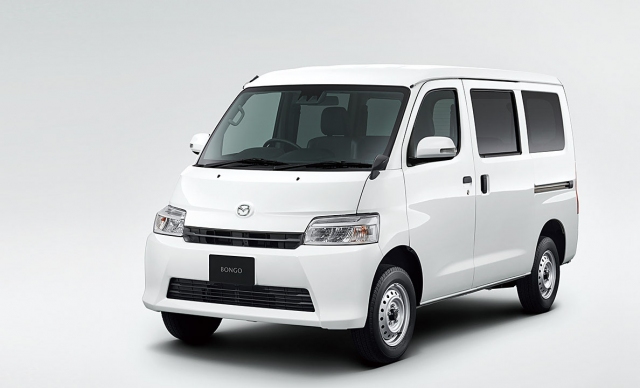 The Bongo name will live on in a fifth generation. However, thanks to Mazda’s tie-up with Toyota, these Bongos will be built by Daihatsu. Specifically, they’re a rebadged version of the Indonesian-built GranMax. It’s somewhat ironic, that after supplying vans for so many other companies for so many years, the rebadger has become the rebadgee. 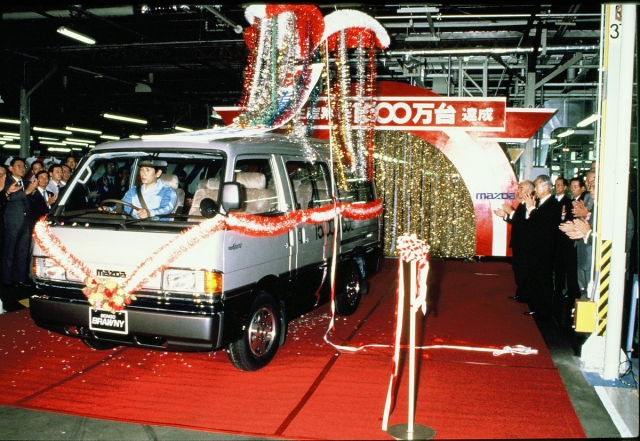 Earlier this year, Mazda announced that its own Bongo production would come to a close in August. The month is almost over, but Mazda has yet to make a statement about the official end of the Bongo. There has been no celebration like Toyota had for the Mark II or Mitsubishi will likely have for the Pajero. It’s quite possible that the Bongo lines at the Onomichi plant have already shut down without fanfare, a quiet exit after half a century of service. 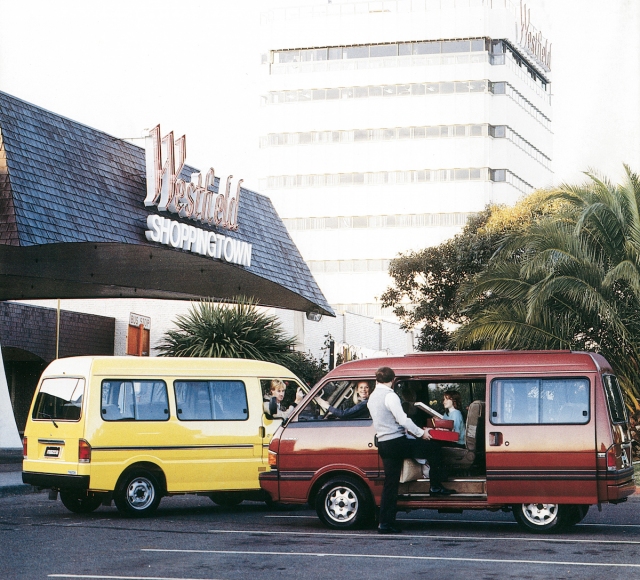 It’s understandable why Mazda would choose to discontinue the home-made Bongo. The commercial van market in Japan has been steadily declining for years. Last year, Mazda sold only 11,267 Bongos, about one-sixth the number in 2005. With its plans to move upmarket, it makes sense that Mazda would want to shed development costs of one-box vans. It had a good run, though, selling in total approximately 2.96 million units. 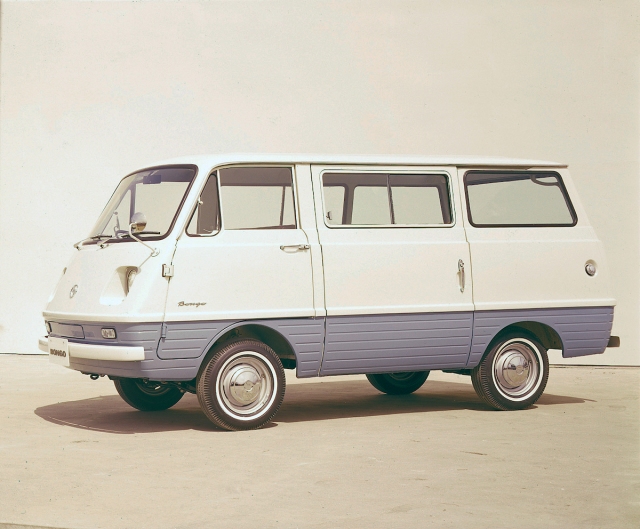 There’s one more piece of evidence showing just how ingrained the Bongo is in Japanese culture. In the Chugoku region of western Honshu that includes Mazda’s hometown of Hiroshima, elderly people themselves are sometimes called Bongos.

The origins of this term aren’t exactly clear. Perhaps they’re often seen driving them, as older Japanese still tend to feel some loyalty to the companies that support their towns. Or, it could by that many of them worked on the Bongo line, churning them out for the better part of the 20th century. Or maybe, they’ve simply been around for a long time, moving at a measured pace and doing honest work, just like the Bongo.

permalink.
This post is filed under: Back Roads and
tagged: bongo, delica, mazda, mitsubishi, nissan, vanette.

13 Responses to After 54 years, Mazda Bongo production ends with a whimper