Mazda has spilled the specs on what should have been its last hurrah for internal combustion engines, the 3.3-liter turbo inline-6. Imagine, a straight-six brought to you by the same wacky dreamers that willed the rotary engine into a production and stuck a Miller-cycle V6 into a family sedan. In theory it should have been perfect. except Mazda is going to completely waste it on an SUV. 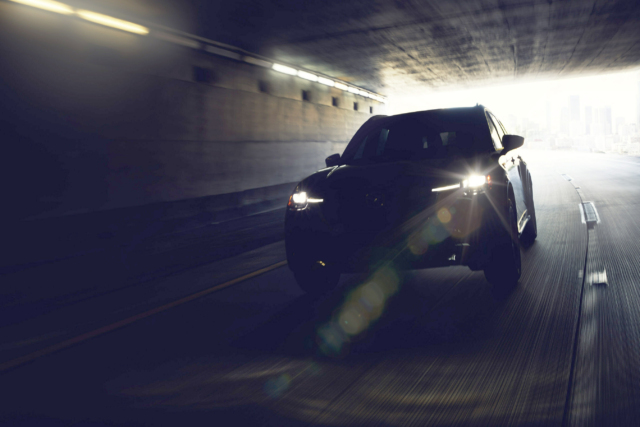 Mazda’s specs say their turbocharged straight-six generates 340 horsepower and 369 lb-ft of torque on premium and is mated to a mild hybrid system. It’ll also offer the Kinematic Posture Control system developed for the Roadster/Miata, which dabs the brake on the inner rear wheel during cornering. The inline-6 has long been thought to be the perfect cylinder configuration since its firing order makes it perfectly balanced. And given its length, there’s no choice but to put it in a RWD platform. With Mazda’s magic behind its development, you know it’s going to be good.

But the planned sedan is dead. The proposed coupe is dead. This could’ve been an engine that went into the history books alongside the Nissan RB26DETT and Toyota 2JZ-GTE. Alas, its going into the 2024 CX-90, a three-row SUV. Maybe it’ll be more exciting when it’s shoehorned into the smaller CX-70 that’s coming later, we don’t know. What we do know is that it would have been killer in a sedan or coupe.

Mazda released a teaser image of the CX-90 alongside the specs. There it is, all dark. We’re supposed to attend the global reveal of the car later this month. If this article doesn’t revoke our invitation, we’ll let you know how it looks.

permalink.
This post is filed under: News and
tagged: CX-90, FR6, mazda.