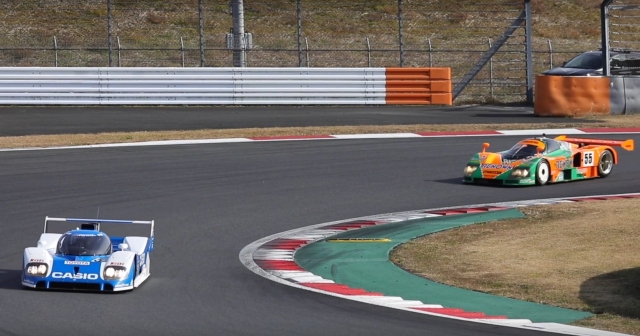 At Toyota’s recent Gazoo Racing Festival, fans got the rare opportunity to see — and hear — two vastly different top-level prototype race cars roaring side by side. Both the Mazda 787B’s quad-rotor and the Toyota TS010’s 3.5-liter V10 hailed from a similar era, the early 90s. One won the 24 Hours of Le Mans winner, while the other won the Japanese Prototype Sports Car Championship. Each one sounded amazing in its own way.

With Mazda a corporate partner of Toyota, both marques participated in Toyota’s Gazoo Racing Festival held at Fuji Speedway earlier this month. The 787B was helmed by Mazda driver and Le Mans veteran Yojiro Terada, while the Toyota TS010 was piloted by Masanori Sekiya, the first Japanese-born driver to win the 24 Hours of Le Mans (driving a McLaren F1 GTR). With nothing but the sweet, song of engines as the video soundtrack, it’s a feast for the ears. The only question is, which sounds more glorious?