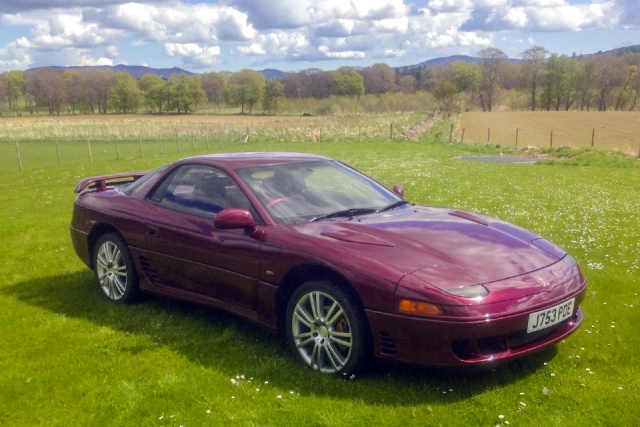 So you’re the ultimate Sith Lord, second in command of a galaxy-spanning Empire. You have the entire might of the imperial fleet at your disposal. Still, sometimes you need to travel across planetary surfaces at great speed. What mode of transportation does Darth Vader himself choose? Apparently, a Mitsubishi GTO twin-turbo. 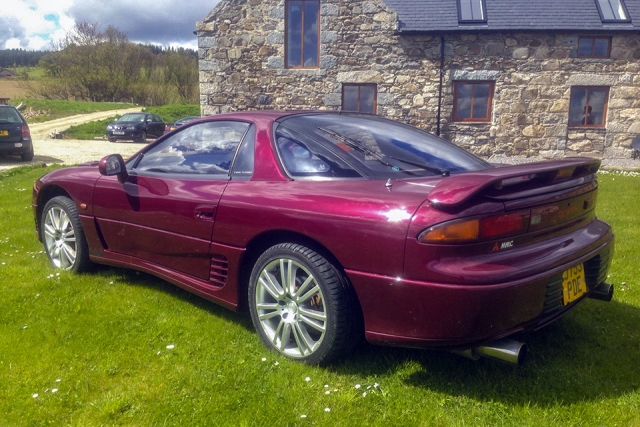 There’s a GTO in the UK claimed to have once been owned by David Prowse, the British bodybuilder and actor who played Darth Vader in the original Star Wars trilogy. There’s a whole Facebook page explaining the history of the car, which says it was brought into the UK in 2002 by a local importer. The first owner was Jayce Lewis, a Welsh musician, who then sold the car to Prowse. 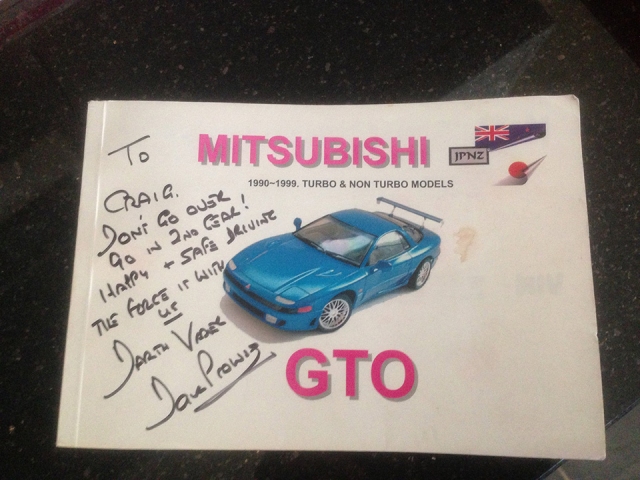 It’s not clear how long Prowse owned the car before passing it on to the next owner, a man by the name of Craig. Even for the leader of the Imperial High Command, it was a fast machine. The transaction was documented on a pamphlet signed by Prowse, which reads, “To Craig: Don’t go over 90 [mph] in 2nd gear! Happy + safe driving. The Force is with us. — Darth Vader. Dave Prowse.” 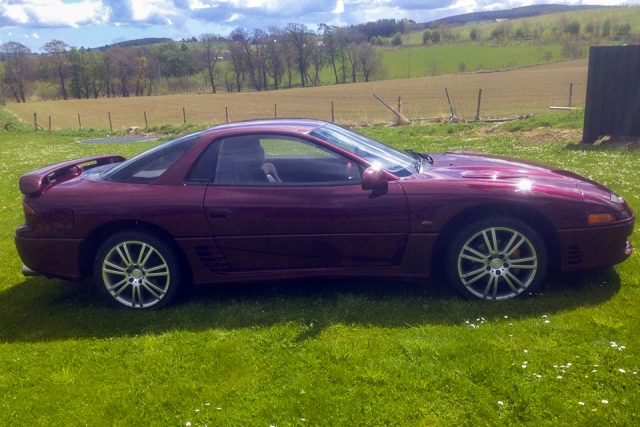 Before it left Japan, the car had reportedly been tuned by Nagoya-based tuning shop Zees Sawabura, which itself kind of sounds like a character in the Star Wars universe. The engine output was bumped to 428 horsepower with HKS parts — fitting for a Sith Lord who prefers custom vehicles like his modified TIE fighter. 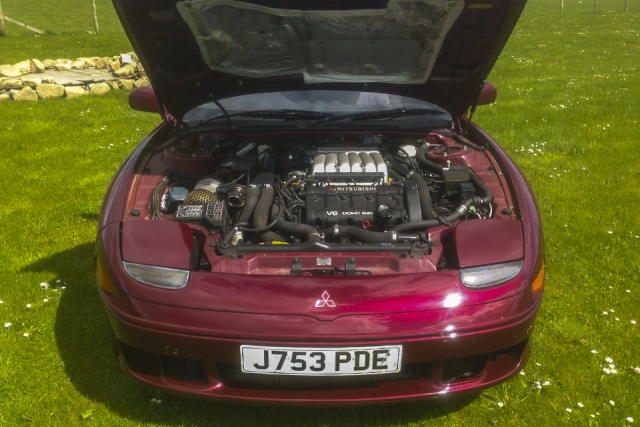 Craig, the man who Prowse sold the car to, listed it for sale in 2013. There’s an eBay auction

to show for it, but we don’t know what the final selling price was. 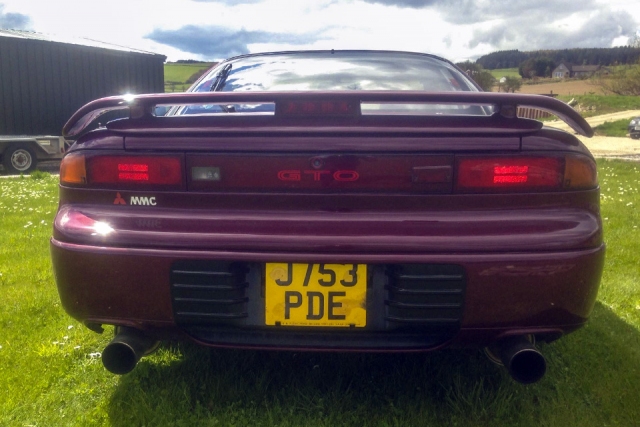 The Mitsubishi GTO really is the perfect car for Lord Vader. It’s as fast as any landspeeder, uses more advanced computers than an X-Wing fighter, and has enough vents and wings to look right at home on Coruscant. Plus, the Mitsubishi zaibatsu is so big and has its own fingers in so many industries around the world that it’s kind Empire-y as well. The only flaw big enough to sling a womp rat through is that the car was Morocco Red Pearl. Vader would have preferred Toscana Black.

Thanks to Ross O. for the tip!

5 Responses to May the Fourth: Darth Vader drove a 428-horsepower Mitsubishi GTO 3000GT