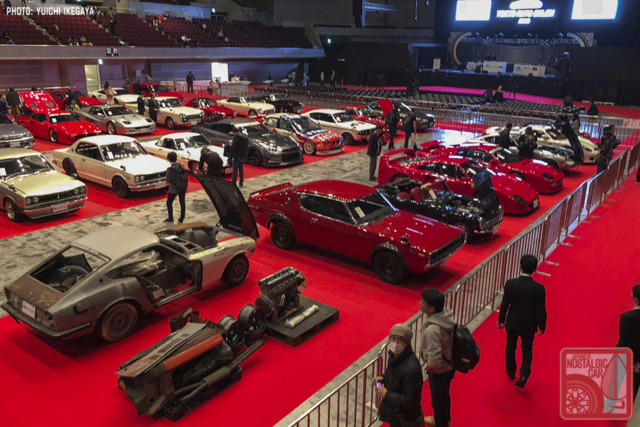 The high-end collector car auction world has been dominated for years by a handful of North American and European firms that cater to a demanding clientele. Firms like RM Sotheby’s, Gooding & Company, and Barrett-Jackson have become household names among the world’s most affluent car enthusiasts, and yet somehow, despite a steady and healthy demand for blue-chip automobiles in Japan, that country has never had a world-class collector car auction house of its own, until now. 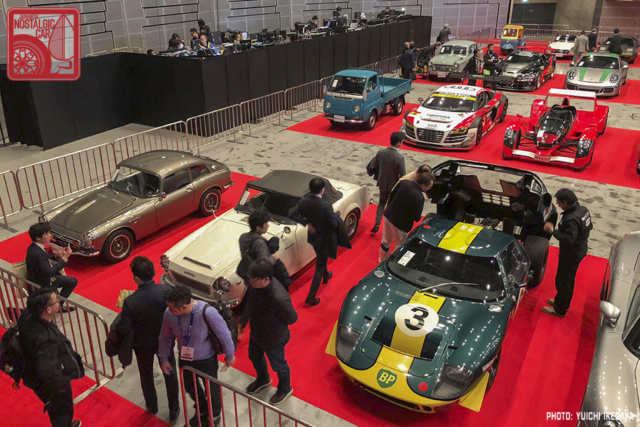 The newly formed BH Auction company held its second annual auction in conjunction with the Tokyo Auto Salon car show earlier this year. BH was founded by Shinji Takei, scion of one of Japan’s wealthiest families and a noted collector, dealer, and racer of exotic cars. According to their website, BH hopes to bring transparency to the collector car purchasing process, as well as to provide the sort of luxury lifestyle experience that attendees of other premium auctions have come to expect. If the catalog for their Tokyo Auto Salon auction is any indication, we would say they are off to a very promising start.

The star of the first BH Auction is the 1993 JTCC-contending Nikko Kyoseki R32 Skyline GT-R. The subject of a recent restoration, the Group A racer was the only NISMO-backed entry in JTCC, and scored a win at the 1993 Tsukuba round of the championship. Original JTCC Skylines GT-Rs are an integral part of Japanese motorsport history, and rarely come up for auction. Though it didn’t sell at auction, a sale is reportedly under negotiation. 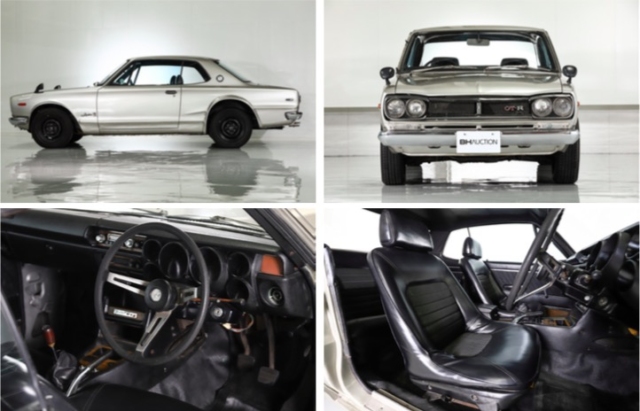 Naturally, blue chip nostalgics comprised many of the offerings. There were no fewer than five Hakosuka Skyline GT-Rs, but only one went home to a new owner that day.

The other four were lightly modified, but even with minor changes such as period correct RS-Watanabe wheels, an easily reversible lowering, or NISMO carbs, it was the one was a said to be in full original condition with just 22,000km (13,670 miles) on the odometer, a barn find that had been garaged for many years, that yielded the immediate sale. The price, ¥16.5 million ($152,000 USD). 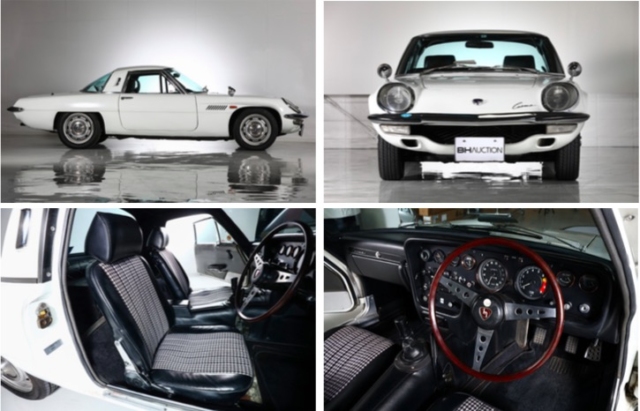 For Mazdafarians, a 1969 long-wheelbase Mazda Cosmo Sport L10B traded hands for ¥7.7 million ($70,800 USD). The car is said to have been repainted in its original white, but was otherwise in original, unrestored condition with all maintenance records. 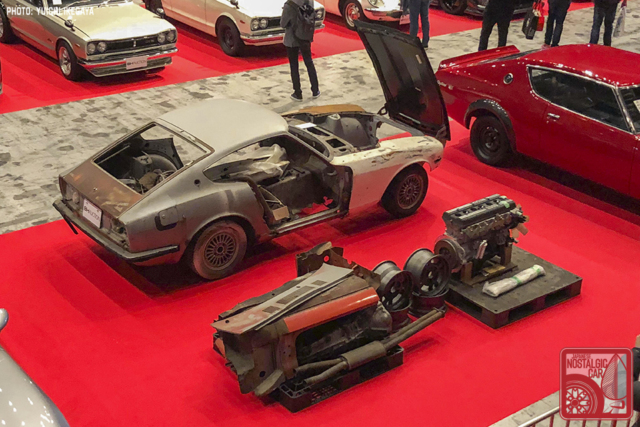 Proving just how in-demand high-end Nissans are, a Fairlady Z432 in “restoration project” condition also sold for ¥7.7 million ($70,800 USD). The car came with an overhauled S20 engine and restored Z432 wheels, with a VIN verified to be a true Z432.

Vehicles from the fledgling days of Japan’s interest in sports cars were another popular category. An early 1965 Sports 800, fully restored, sold for ¥6.6 million ($60,700 USD), but a similarly restored red example failed to change hands.

Hondaheads had four early S-series cars to choose from, a pair of S600s and two S800s, one roadster one fixed-head. The 1968 Honda S800M Coupé was the only one sold, at a price of ¥7.7 million ($70,700 USD), owing to its unique left hand drive configuration. Originally intended for Belgium, the car was repatriated and fully restored in Japan with RSC replica wheels. Perhaps more significant was its provenance; it came from the collection of Spoon, the famed Honda tuning house. 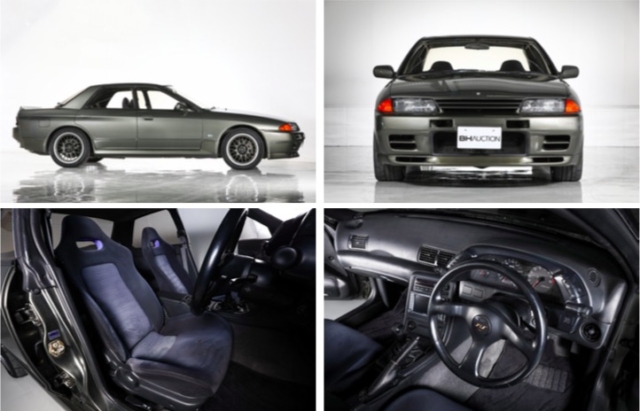 A less original example with a 5-speed manual transmission swap, NISMO bumpers and V-Spec wheels went for ¥2.97 million ($27,300 USD). Though modified, it was in better overall condition than the other specimen, and yielded the better price.

A legend among R32s, a 1993 HKS Zero-R sold for ¥16.5 million ($152,000 USD). With its RB26DETT stroked to 2,688cc and equipped with a catalog’s worth of HKS parts, including an bespoke aero kit and the company’s V-Cam variable valve timing system, it’s essentially a complete car in the vein of a RUF CTR.

It is an extreme tune, no doubt, with the fuel tank relocated to where the rear seats would be, for improved weight distribution. However, the result is a 600ps monster capable of 300kph (186 mph), and was one of just four made. 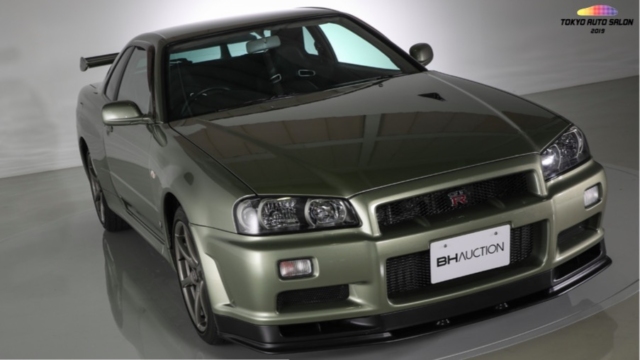 A beautifully preserved Kenmeri Skyline GT-R with only 15,000km (9,320 miles) on the clock was a no-sale. One of just 197 built before the oil crisis canned Nissan’s racing program, it is even rare as this was just one of seven finished in factory red. It’s said to be all original except for some touch-up of the red paint and mechanically sound. Perhaps the expected price of ¥75 to ¥105 million ($690,000 to $966,000 USD) scared away potential bidders.

Also a no-sale was a rare Nissan 240RS Group B homologation special, one of just 200 made. This particular car had driven just 585km (364 miles) on its FJ24 engine since new. 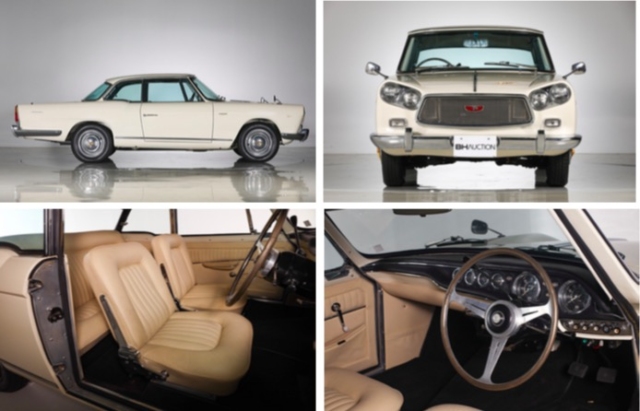 A 1964 Prince Skyline Sport also didn’t sell at auction, but is reportedly under negotiation after the event. With hand-made body penned by Michelotti, the car represents one of just 33 to 35 coupes built. In fact, this very car was displayed at the Concorso D’Eleganza Villa D’Este in 2009, and is said to be in immaculate condition. The expected fetch was ¥30 to ¥40 million ($276,000 to $368,000 USD). 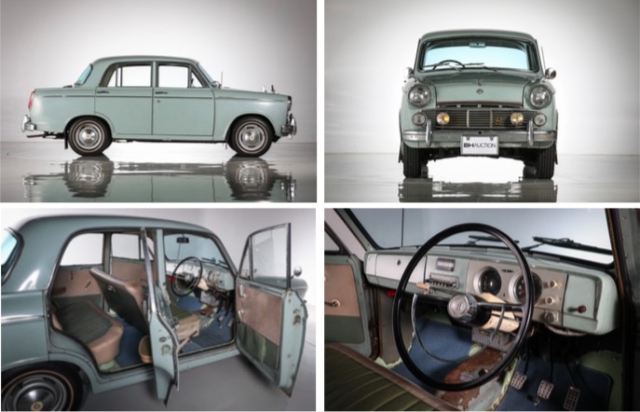 A 1962 Datsun Bluebird sedan may seem out of place among the other cars in this auction, but it’s a very significant car in Nissan history. The first “modern” Nissan, it launched the Bluebird name, which of course went on to grace the 510 and other significant chassis. This P312 is said to be an all original survivor with the exception of the takenoko (bamboo shoot) taillight lenses from the facelifted model, and bears a single-digit license plate, indicating continuous registration in the same region since new. It, too, was a no-sale. 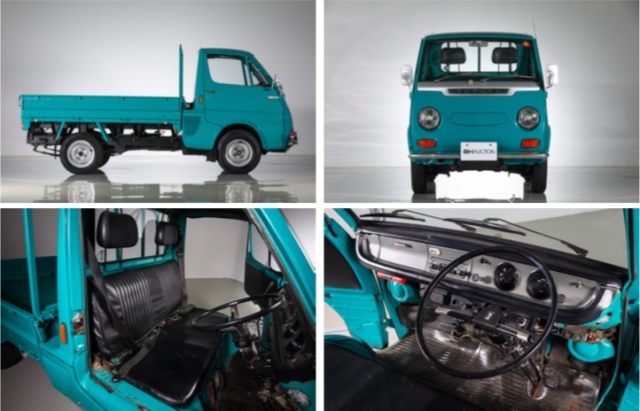 A rarity by dint of being a commercial vehicle, the delightful 1973 Toyota MiniAce pickup was even more of an anomaly for being a low-mileage one-owner vehicle. The odometer has ticked just 23,000 times (14,300 miles), and the truck is said to be in good working order. The fact that it went unsold is a travesty, as a MiniAce in such condition is far rarer than a similar era Skyline GT-R. 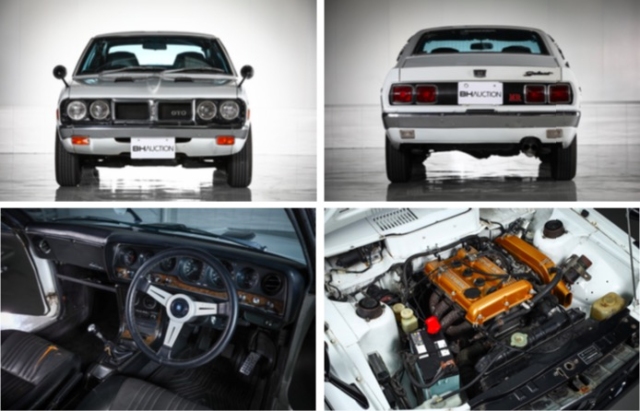 The sheer number of outstanding JNCs, offered at the BH Auction gives the event the potential to further establish Japanese Classics as a significant part of the collector car mainstream. However, it’s also a chance to recognize some significant cars that are lesser known outside of Japan. From utilitarian workhorse to family sedan to exotic, the auction provided a good cross-section of cars important to the country’s car culture, and it’s an auction that more in the West should be paying attention to.