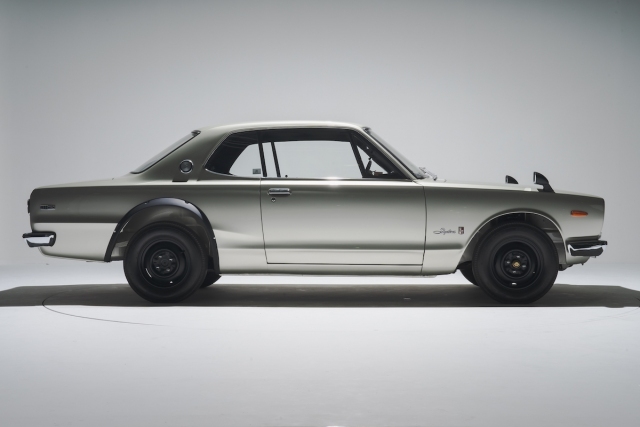 Last weekend, at the same event that saw a Nissan Fairlady Z432-R sell for over $800,000, several S20 siblings traded hands for significant sums as well. Nissan Skyline GT-Rs of both Hakosuka and Kenmeri generations are seeing increased interest at classic car auction. While these sale prices are nothing new when it comes to sales in Japan, the amounts still serve as a public marker for the values of Nissan’s flagship performance machines. 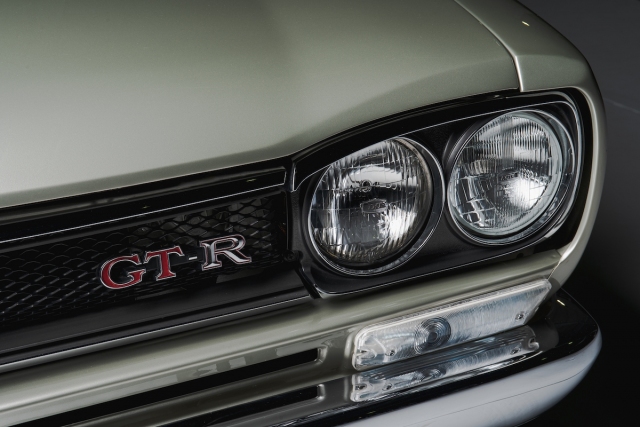 The auctions were conducted by BH Auction during the same weekend as the Tokyo Auto Salon actually located in Chiba. While in past years the auctions were part of the aftermarket showcase, this the event was split. Friday at the Auto Salon saw the auction of racing machines, while a Saturday-Sunday at the Tokyo Terrada Warehouse across the bay saw the sale of road cars. 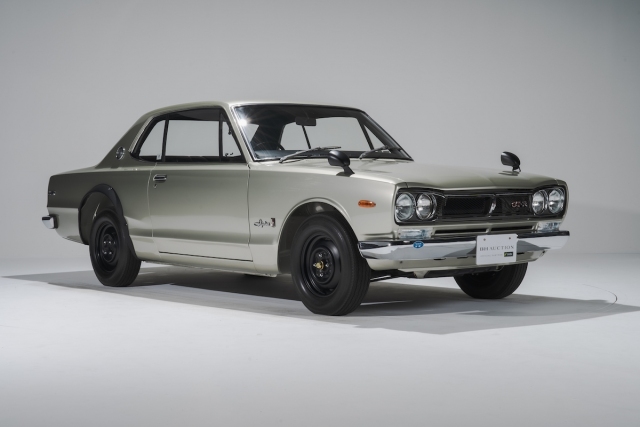 A 1971 Nissan Skyline GT-R in Silver Metallic, serial number KPGC10-000206, sold for ¥33,880,000 (USD $308,150 at current exchange rates). The car underwent a thorough restoration by Towa Body outside Sagamihara, Kanagawa Prefecture from the undercarriage up and with “an abundance of new old stock genuine Nissan parts.”

It looks to be a stunning example, though not everything is original spec. For instance, the GT-R steel wheels have been substituted with those from a sedan. However, some of what has been replaced is arguably even more desirable. The racing buckets, for example, are genuine Prince Sports Corner parts. The air cleaner has been replaced with funnel type intakes and Mikuni-Solex 44 PHH carbs, though the stock orange box along with many unspecified spare parts are included in the sale.

The listing goes on to say that all the window glass was replaced with new old stock. Paint appears to be excellent. Mileage on the five-digit odometer is a claimed 67,990 km (42,250 miles). Nissan built only 1,197 true KPGC10 GT-Rs so it’s perhaps unsurprising that values continue to climb. 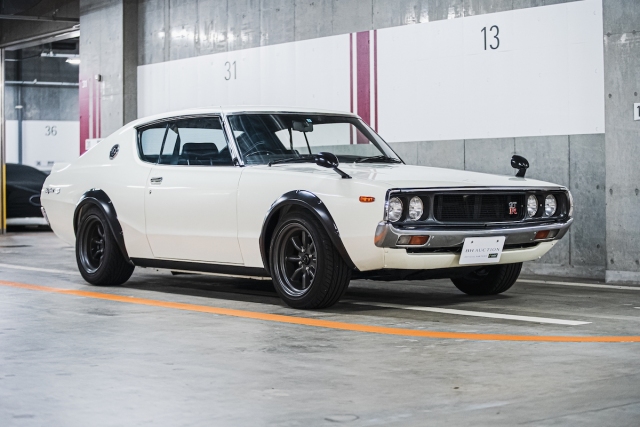 The listing describes it as extremely original except for two things. First are the RS-Watanabe racing wheels, at this point practically a de rigueur edit. The second is the suspension, which has lowered the body a couple inches to give it a street machine stance. As such, it embodies the prototypical Kenmeri look aspired to by so many clones built from lesser-spec C10 Skylines.

While this particular car sets a new auction record, the price is not too much higher than what KPGC110s are selling for in Japan. Prices are creeping ever closer to the half-million dollar mark, and will likely reach that milestone in the next couple of years assuming the global economy doesn’t collapse. 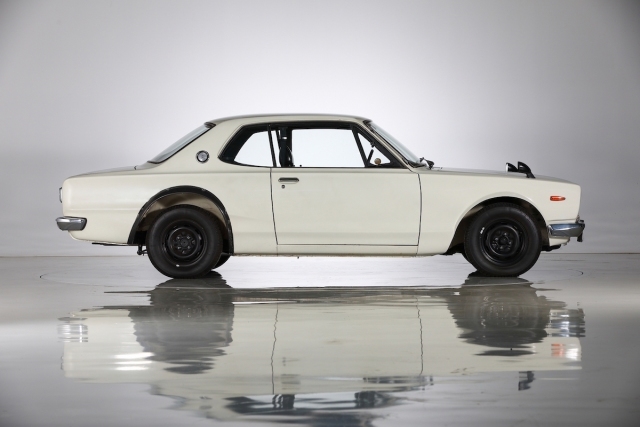 This particular example is said to be in good condition and rust-free, with the paint exhibiting some chips and cracks. While the finish is not pristine as that of the restored silver car, and it’s unclear whether it wears its original coat, if it did it would to many be even more desirable. Approximately 30 percent of KPGC10s were painted white from the factory.

This car comes with the proper 9-hole steel wheels, though at some point in its life the front fenders were modified to fit wider wheels and tires beneath it. It also includes optional equipment amenities such as a radio, heater, and headrest. Bits of the interior have worn with age and use as well, but the interior door cards retain the protective plastic lining from the factory.

Buyers would do well to learn more about the car’s history and inspect it in person, but assuming the bones are solid we might prefer to own this original enough driver than the silver museum piece. 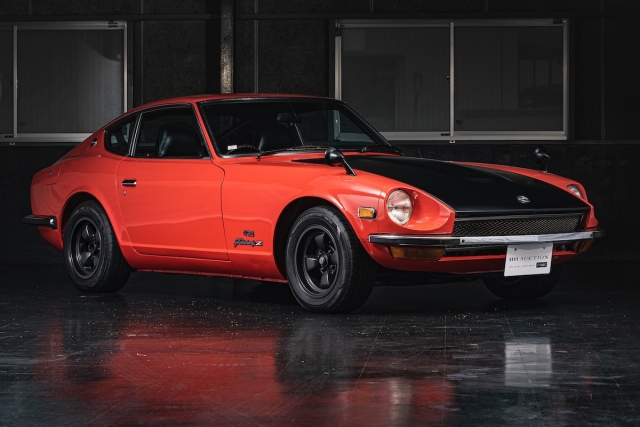 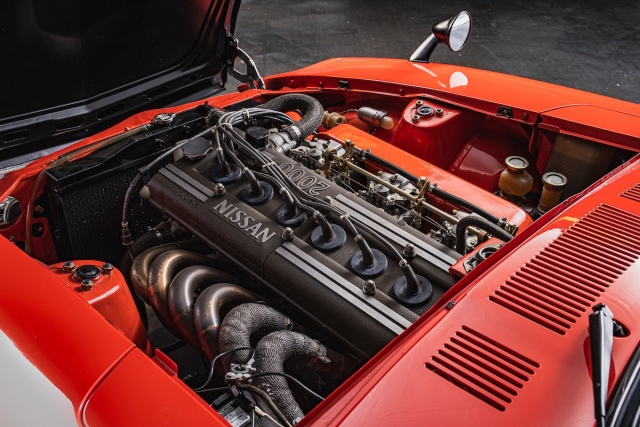 As my colleague Ryan Senensky wrote then, “This particular car made its way from Japan in 2013 after a complete restoration. The current owner, a JNC aficionado, used the car to complete his J-tin collection, fitting it between his Toyota 2000GT and Mazda Cosmo Sport.”

It sits as it did at the Amelia Island auction. The satin black hood is not original, but a nod to the Z432-R. The car also wears Kobe-Seiki 4-spoke replicas made by Central 20, a nod to the Datsun 240Z rally cars that competed at the rally races in Europe. There are a few other minor things that perhaps would make a collector shelling out big bucks to pause, like the ride height, overly thick and orange-peel paint, cracks in the dash, and other small details. 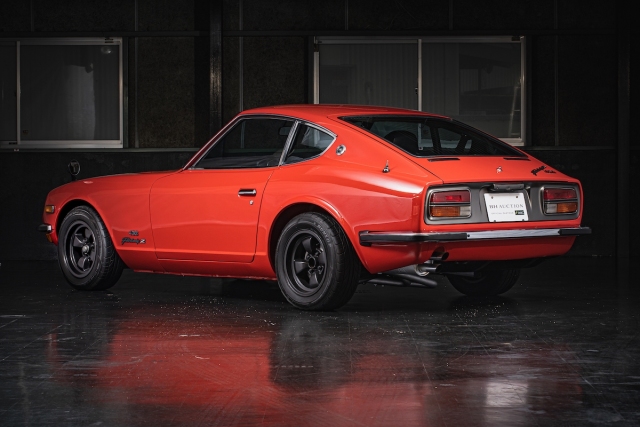 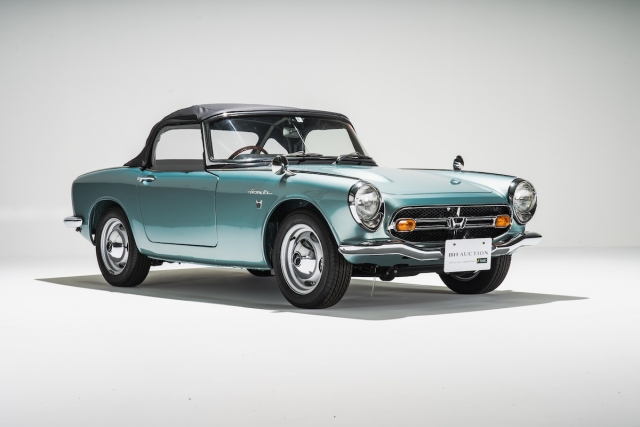 Finally, another car that doesn’t fit in with these S20 beasts — but that we would be remiss to exclude — was a 1966 S800. Though not as potent as a GT-R, the S-series was a significant turning point in Japanese motoring, and served as the launching point for many a racing career.

Chassis AS800-1000135 has seen a scant 6,100 km (3,500 miles). According to the listing, it was restored by Garage Iwasa, a premier Honda S-chassis specialist. Interestingly, the metallic blue color seems to be one that, as far as we know, was offered only on the S600 and (in a slightly different shade) on the S800 Coupe. 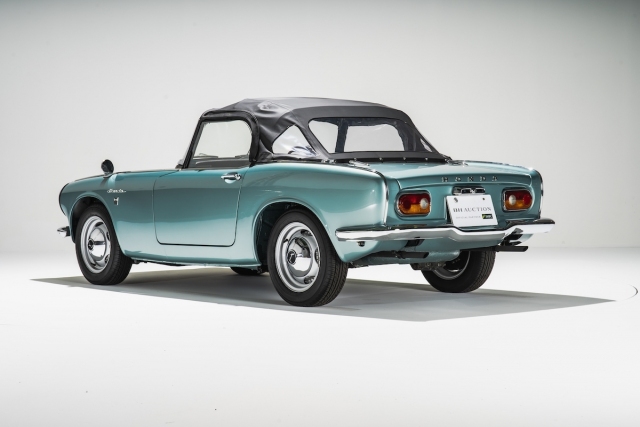 The car is from the collection of Katsuaki Kubota, a Japanese race car driver that has competed in Formula 3, Group C, and many vintage races. The sales price of
¥6,710,000 (USD $61,020) is high, but the car presents very well. 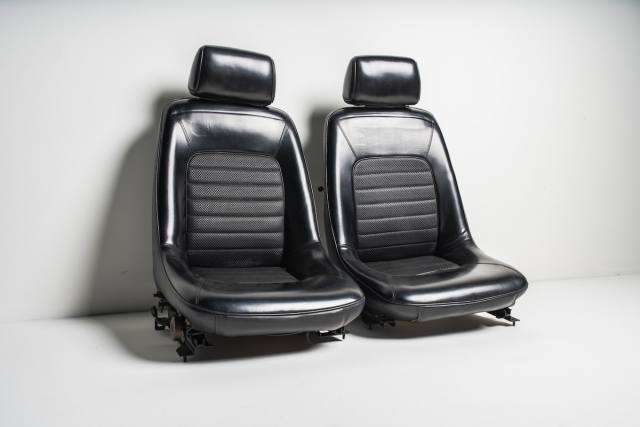 It should be unsurprising that blue chip Japanese cars are going up in value, and that the most quickly appreciating ones are top-spec sports models. Of course, there are many (and some say the best) examples that still trade hands privately, but prices established at auction still serve as a reference. If the prices of the cars seem exorbitant, just know that a pair of GT-R bucket seats with optional headrests sold for ¥612,000 (USD $5,565).