Posted on February 1, 2018 by Patrick Strong 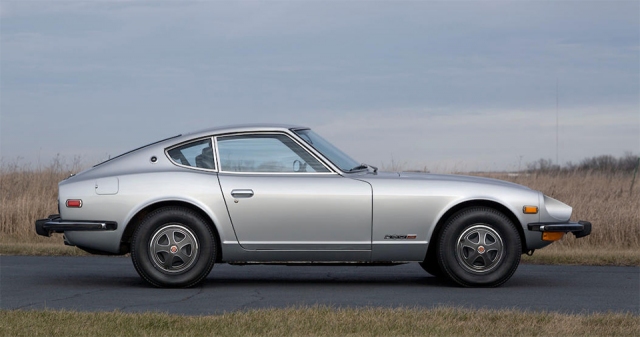 Two years ago, we published a round-up of the various JNCs offered for sale during the annual orgy of automotive spending known as the Scottsdale auctions, and based on both the quantity and quality of the cars that crossed the dais that week we concluded that JNCs had at last entered the mainstream of the car collecting community. The Scottsdale auctions (along with Monterey Car Week) are the leading barometer of classic car prices and trends in the US, so now in 2018 we felt it was time to revisit the Arizona desert to see whether the big spenders of the car world are still showing JNCs any love. 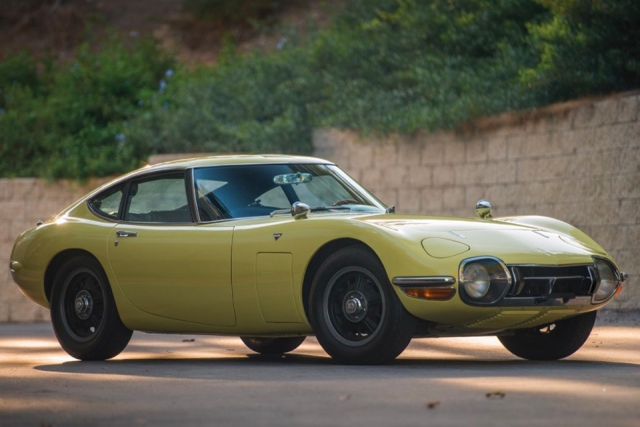 The star attraction in Scottsdale for JNCers was surely the Bellatrix Yellow 1967 Toyota 2000GT presented by RM Sotheby’s. The 2000GT was being offered by the estate of southern California car dealership magnate and classic car collector Lew Webb, who passed away in 2017.

Webb’s considerable automotive empire began in 1974 with the purchase of a small Toyota dealership in the LA County hamlet of Hawaiian Gardens, so it was fitting that a 2000GT would hold a place of honor in his collection that was otherwise stocked with great American classics from the likes of Duesenberg and Packard. 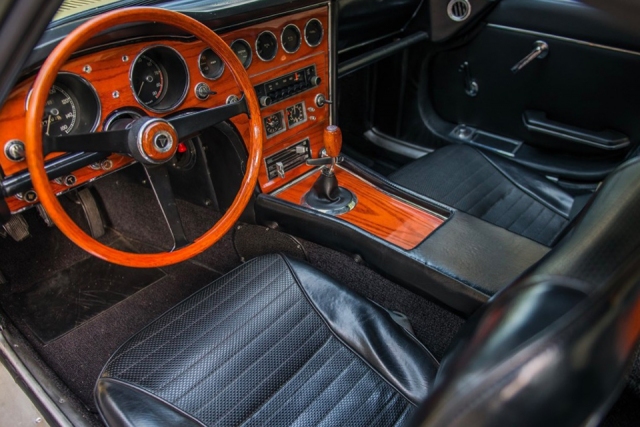 Webb’s car, one of 62 left-hand-drive examples and one of six in Bellatrix Yellow, was restored in 2003 by Steve Claassen’s Tropical Sports Cars and was maintained in show-quality condition by the Webb Collection. With several 2000GTs having traded hands for around $1 million within the last five years, the Webb car’s selling price of $665,000 may sound a bit disappointing, however, this result is probably more reflective of a slight downward trend in high-end classic car prices in general.

The 2000GT was not the only yellow Toyota offered by RM Sotheby’s. FJ Land Cruisers have become a staple of the Scottsdale auction scene, and RM’s 1979 FJ43 was among the finest available. Purchased new in Colombia, the long-wheelbase truck was fitted with a custom hardtop in period, and was restored to better-than-new condition after importation to the US. RM realized a price of $72,800 for their Land Cruiser, proving that although this market is somewhat saturated, really great examples can still command top dollar. 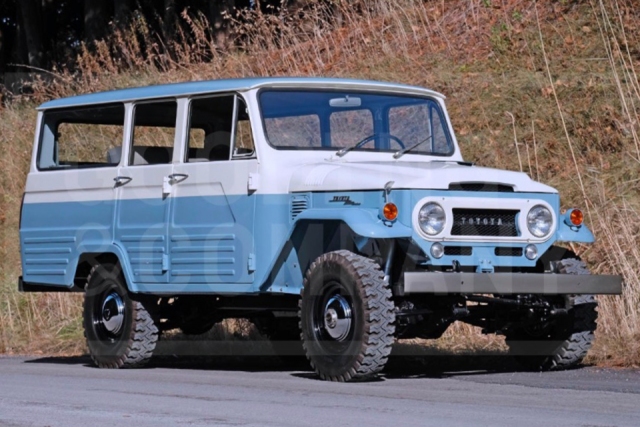 If there was a better Land Cruiser to be found in Scottsdale than the RM FJ43, it was surely the FJ45LV offered across town by Gooding & Co. With hand-built wagon coachwork by Gifu Auto Body of Japan, only 5,000 FJ45s were built in this configuration (1,000 in LHD specification) making this a rare FJ variant.

Beyond its obscurity, though, the Gooding Land Cruiser was the subject of a five-year, 3,000-hour restoration using only NOS or custom-fabricated parts, with an eye on setting a new standard for FJ refurbishments. The sophisticated buyers at Gooding responded by driving the FJ45LV to a sale price of $140,000. 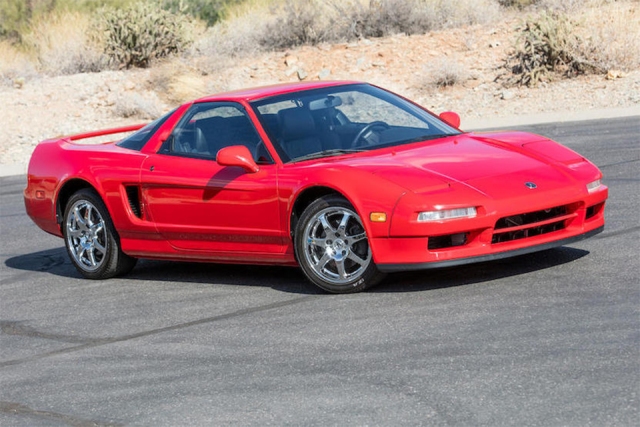 One trend that emerged at Scottsdale in 2018 was the ascension of the Acura NSX into the collector car auction spotlight. Several were presented across the region during auction week, with the best being a 1995 NSX-T offered by Bonhams.

A 21K-original mile example, the Bonhams NSX was accompanied by a mountain of documentation dating back to the car’s original date of purchase, the kind of paper trail buyers of vintage Ferraris and Porsches can only dream of acquiring. That this level of record-keeping was undertaken with a “mere” Japanese car from Day One, and the NSX’s resulting sale price of $70,000, are confirmation that Bubble Era sports cars are worthy of mainstream consideration.

Bonhams had another tempting JNC sportster available: a 1974 Datsun 260Z with only 5,400 original miles. Bearing documentation to equal that of the NSX, this 260Z must be among the finest examples of the model in the US, a reality reflected by its $34,000 sale price. 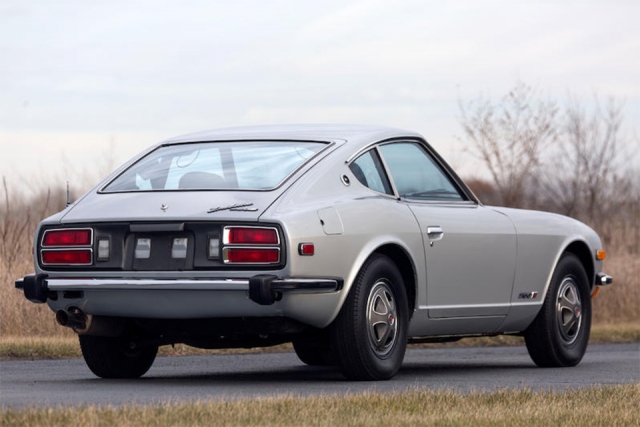 Based on these results, it’s clear that the premium end of the Scottsdale auction scene continues to embrace the best examples of Japanese classic cars, where presentation and provenance are king. Smart consigners brought out truly excellent cars, casting the still-maturing JNC sector of the hobby in a most favorable light. 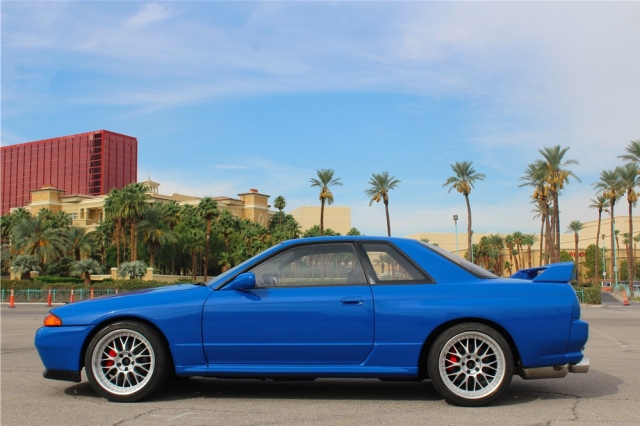 And then there was Barrett-Jackson.

The biggest and (thanks to shameless self-promotion) best-known of the Scottsdale auctions, Barrett-Jackson takes a literal “big tent” approach to the collector car auction, offering something for buyers of all budgets and levels of sophistication. With six days’ worth of auction time to fill, that can lead to the inclusion of cars of questionable taste and quality, and as more Japanese nameplates are finding their way to Scottsdale in January, many of these rank beaters were nostalgics.

There were 280ZXs barely fit for the average used car lot. There were Land Cruisers with tacky “resto-mod” treatments and the ubiquitous small-block Chevy swap. There was an automatic NSX. Sad! 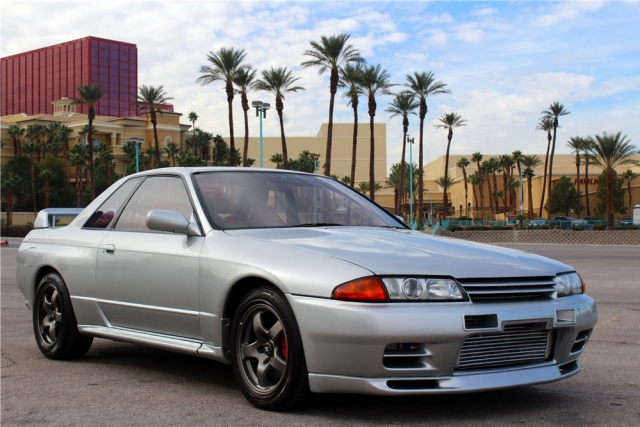 Not everything was terrible at Barrett-Jackson, however. Moving up the price ladder a few rungs, there were no fewer than three 1991 R32 GT-Rs on offer, all mostly stock and apparently in decent condition.

Now beginning to appear more frequently on this side of the Pacific, the R32 seems a good fit for the Barrett-Jackson crowd, with its hoonability and its pop-culture cache (if you guessed that at least one of the catalog listings for these cars would include a Fast and Furious reference, you’d be correct). All three R32s at Barrett-Jackson sold for between $35,000 and $40,000. 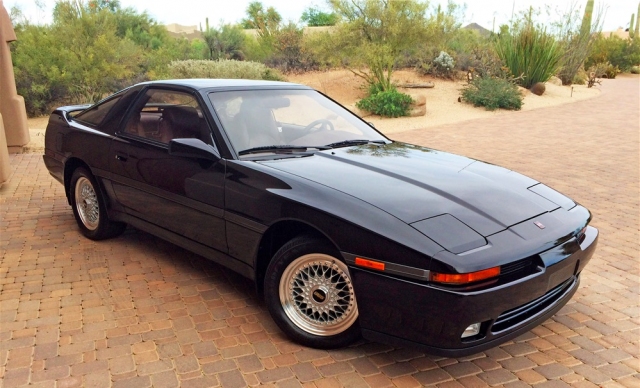 Barrett-Jackson also offered a few hidden gems. One of the most highly publicized was a 3,300-mile 1990 Toyota Supra Turbo. Loaded to the gills and completely stock save for an attractive set of BBS rims, the under-appreciated A70 Supra brought a somewhat astonishing $40,000 sale price. Whether that figure is indicative of an appreciation for this particular car’s staggering originality, or whether the rising tide of A80 Supra prices is beginning to lift earlier generations too, we can only guess. 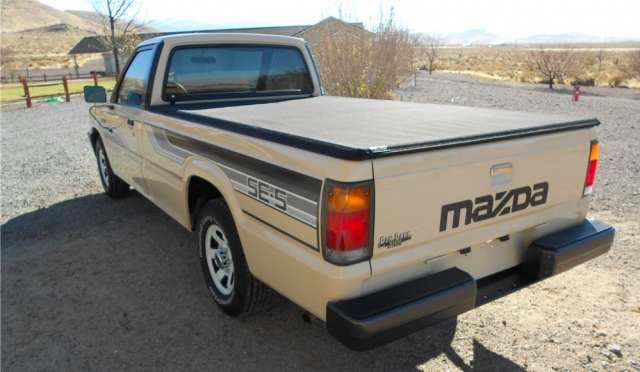 The Supra was not the unlikeliest low-mile nostalgic on offer at Barrett-Jackson, however. That honor must go to the 1986 Mazda B2000SE presented with a mere 1,928 miles on the odometer. We cannot begin to imagine what motivated the first owner of this humble pickup to mothball it practically from new, but we think it’s safe to say this is the finest original B2000 in America. In truly as-new condition, the Mazda sold for $19,000, a figure that can only be described as market-making. 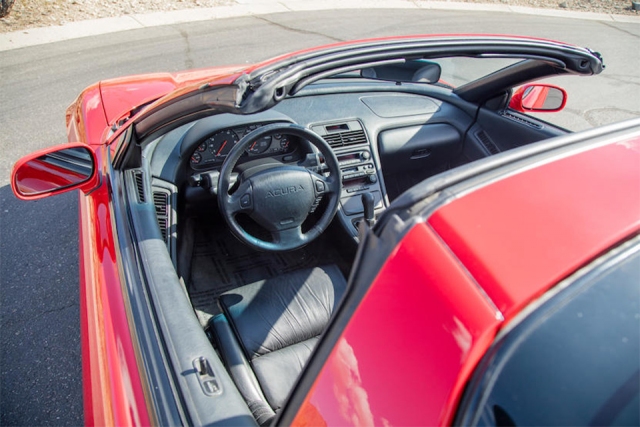 As in our 2016 report, we find that Japanese classics have fully assimilated into the mainstream of Scottsdale auction week. At the more prestigious events, we have seen the rarest, highest-quality cars bring big results, and those of us hoping to hop on the NSX train before prices soared may have missed our opportunity.

We have also seen that as far as entry-level events go (i.e., the early-week sale days at Barrett-Jackson) there is room for improvement in the quality of the JNCs presented. Perhaps this dearth of “good value” cars presents an opportunity for an ambitious consigner or forward-thinking auction house to present a small selection of excellent sub-$25,000 J-tin (think low-mile Miatas, early Celicas, etc.) as a featured collection at Scottsdale, one that could help nostalgics take the next leap into the forefront of the collector car world. We’ll let you know next year.