Loss Of An Automotive Journalism Icon 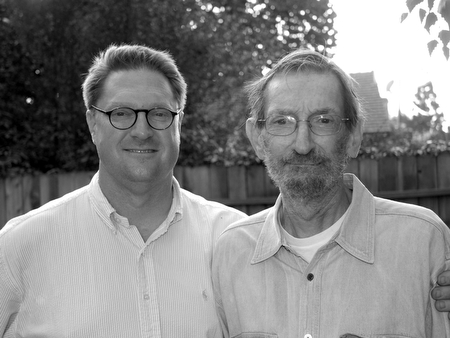 John Thawley (aka Bob Waar) 1937-2009 – Author and motor journalist John Thawley died last month of complications from pneumonia. He was 71.

How to Hot Rod Small Block Chevys, How to Hot Rod Big Block Chevys, the Off Road Handbook and the cult classic How to Modify Datsun 510/610/240Z Engines & Chassis were all written under Thawley’s pen-name, Bob Waar. Those and the books that followed under his own name totaled some twenty titles over his career. John raced in Baja and Bonneville. He worked at Indy, Irwindale, Daytona, Pikes Peak and Riverside. He served time on the payrolls of Buick, Chevrolet, Nissan, Toyota and numerous performance industry manufacturers. 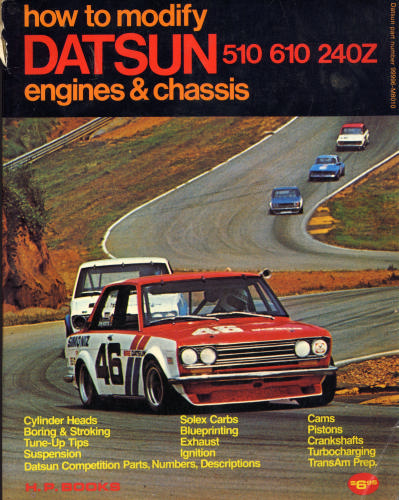 The "510 Bible". This book influenced legions of 510 owners, over the span of 3 decades and counting.

Thawley began his career as a reporter and evening news anchor at KTBC-TV in Austin Texas. He later won a CBS fellowship to Columbia University school of journalism. Following his return to Austin, John covered the University of Texas tower shooting and was honored for rescuing several wounded from the line of fire.

In 1966 he joined the staff of HOT ROD Magazine and began a lifetime in automotive journalism. The Bob Waar moniker on his early books was used to sidestep the issue of writing for other publishers while still under the employment of Petersen Publishing. Friend and colleague Tex Smith once ribbed him about his Texas drawl and strange hobby of collecting barbed wire… Bob Waar was the result.

Enthusiasm for technical nuance combined with Thawley’s plain-spoken Texas voice demystified complexities of engine & car building to a generation of hot rodders. John was one of the good guys and he will be missed. He is survived by his brother, son, daughter-in-law and granddaughter.

A memorial service will be held at the NRHA Motorsports Museum, Thursday August 27th at 2pm. All are welcome.

In lieu of flowers, the family asks that you go out and buy a car magazine, or something really trick for your car.

5 Responses to Loss Of An Automotive Journalism Icon