I don’t get the chance to watch a lot of movies or TV, but even with my limited media consumption I’ve seen a ton of Toyota Land Cruisers appearing in all types shows. They’re not just retro background decoration, either. What’s particularly interesting about this recent trend is that these star cars are being driven by main characters in stories taking place in modern day.

The most recent example is from the trailer for Beast. It’s the story of a family on safari being stalked by a gigantic lion. From the trailer, it seems as if a good portion of the movie takes place inside an FJ62 with barn doors (an option never offered in the US). A Land Cruiser makes the perfect rig for a safari guide. They’re common in Africa and if you’re going to venture off into the wilderness it’s hard to come up with a better vehicle. Also, its large windows were surely an advantage from a cinematographer’s perspective.

Amazon Prime’s The Terminal List features another prominent FJ62, driven by Chris Pratt’s hardened-ex-Navy SEAL-out-for-revenge protagonist. It’s decked out with the overlander starter pack — safari rack, rear tire mount, and brush guard. This appears to take place in modern-day America, so the choice of classic Cruiser seems particularly deliberate. It’s a tough mudder too, as the trailer shows it reversing into a Dodge Charger at speed, totaling the g-man ride while the FJ62 emerges unscathed.

Then there’s The Old Man on FX, in which Jeff Bridges also plays a hardened ex-trained killer out for revenge. In this case, he’s a former CIA agent trying to eke out a simple existence with his woman, his dogs, and his Land Cruiser. But his previous life as a hired gun for the US government pulls him back in to a web of violence. The trailer also shows his FJ62 ramming another car pretty hard. It’s not clear whether it survives. As a bonus, another character is shown standing ominously before an FJ40.

It seems the Land Cruiser is the vehicle of choice for the modern action hero. It’s a good choice for the discerning world-weary warrior. They’re not as pretentious as a Range Rover but still have a tough-as-nails reputation and classic look. They’re the perfect automotive analogue for a grizzled but loyal protector.

However, the Land Cruiser’s increasing appeal isn’t limited to ass-kicking fighting dudes. Here’s a promo for a Netflix movie called A Perfect Pairing. Even with the presence of an FJ45 you’ll have to strap me down Clockwork Orange-style to get me to watch this, but the Land Cruiser is there. 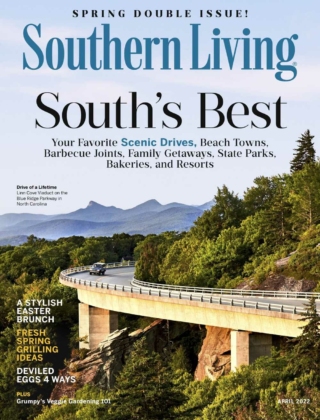 We’re not sure Expedia’s “Lemons” ad makes a lot of sense, but there’s an FJ40 in it. The Land Cruiser: A visual shorthand for adventure. It’s a notion corroborated by the April 2022 issue of Southern Living magazine. Its cover features an FJ62 traversing what is presumably one of the South’s best scenic drives.

As owners of a 60-series Land Cruiser we at JNC find this trend particularly amusing. Please, everyone, when you see us driving around, assume we are not car bloggers but deadly assassins that should not be trifled with.

I’m certain there are many more Land Cruiser sightings that I’ve missed. If you know of any, please let me know.