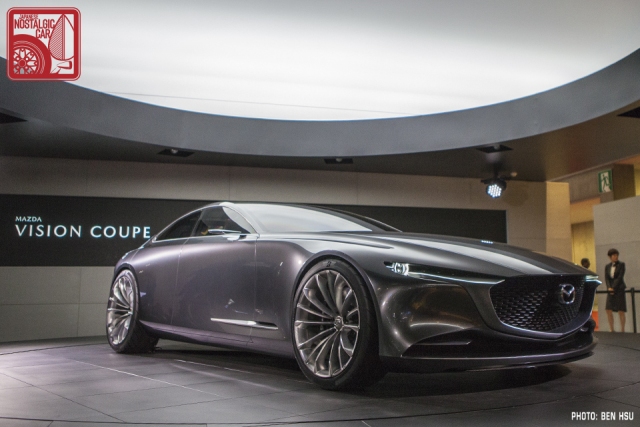 If the Tokyo Motor Show was bleak, LA was a Blade Runner dystopia of crushing inhumanity. The cars unveiled weren’t autonomous pods so you didn’t get the sense that Skynet was taking over, but nearly every new model was a crossover. It’s as if we have lost our automotive imagination. Among the Japanese automakers, only Mazda offered a beacon of hope, in what Mazda North America CEO Masahiro Moro called the company’s “north star.” 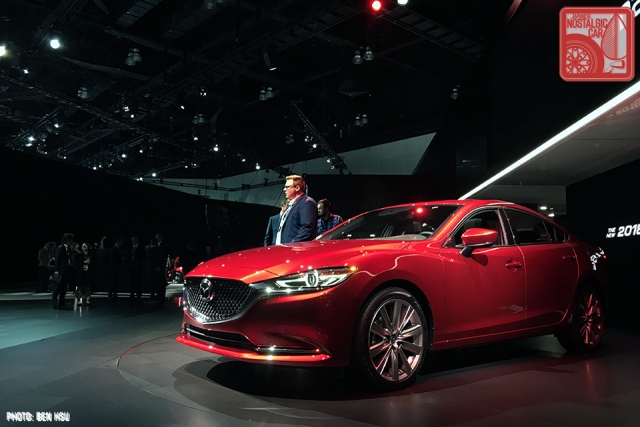 Moro was there to present the 2018 Mazda 6, facelifted an invigorated with the 2.5-liter turbo from the CX-9. With 227 horsepower and 310 pound-feet of torque, it’s probably as close as we’ll get, with this generation at least, to a Mazdaspeed 6. It also debuts the new Signature trim level, which elevates the 6’s cabin to Audi-level luxury and design. 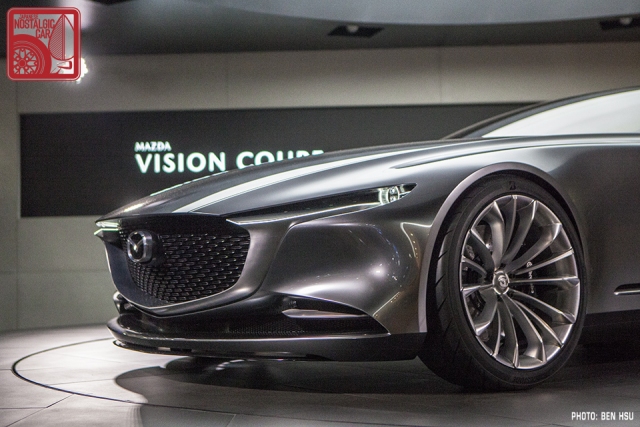 However, it was the glorious Vision Coupe Concept, which we saw last month at its world premiere in Tokyo and was now making its North American debut, that Moro called the “ultimate vision of a Mazda sedan.” As its name implies, it is “a vision for what we want to achieve at some future point.” Mazda’s internal term for this is “back casting,” in which they then develop a plan, “To get us from here to there,” Moro explained. 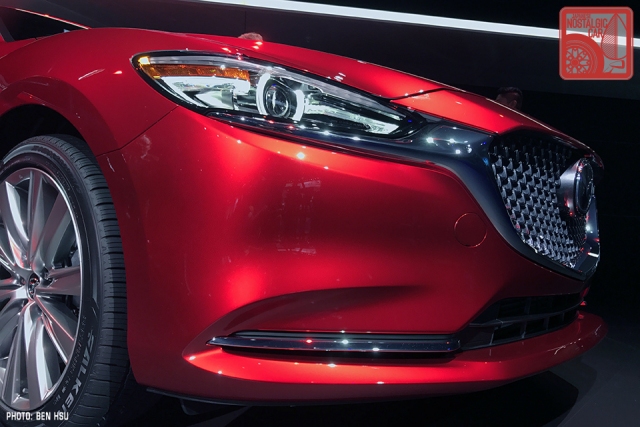 It sounds like Moro is admitting that there is some distance to go before Mazda can make its dream a reality. For now, the turbo 6 is a bold step in that direction. For hard core enthusiasts, though, there’s only one Achilles heel, and that’s the fact that the Turbo is not offered with a manual transmission. The base Mazda 6 with naturally aspirated 2.5 is, but not the turbo. 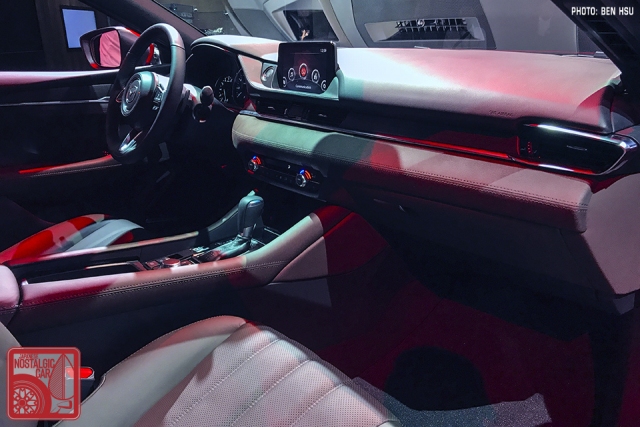 After the speech we got a moment with Masashi Otsuka, Vice President of R&D and Design at Mazda North America, to ask why. He said that there are so few Americans willing to drive stick that it didn’t make financial sense to develop a turbo-plus-MT pairing.

In fact, the only reason a manual even exists is that Europeans still prefer rowing their own gears. Since the turbo 6 won’t be sold in Europe, there’s no stick-shift version. Still, if it retains the 6’s already excellent driving dynamics, the added power and torque should make what is already one of the best sedans in its class even better. 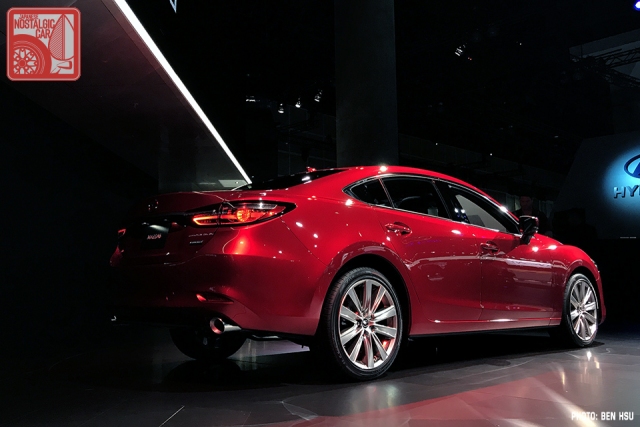 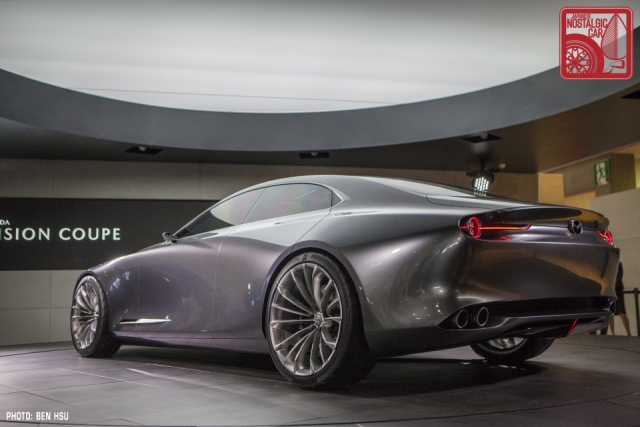 “You may never see a Mazda Vision Coupe on the road, but look carefully and remember what you see,” Moro said as he gestured toward the concept, “there is a lot here that will shape a Mazda you’ll buy in the near future.” If the Vision Coupe’s stunning sheetmetal and strongly FR proportions represent the future of Mazda, then it is truly a beacon of light in a dark sea.