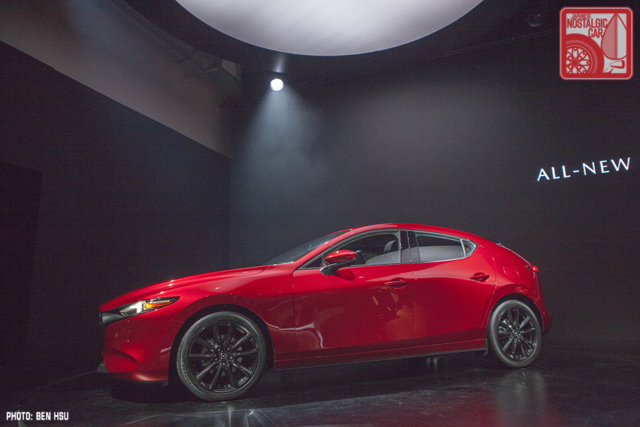 Mazda has unveiled the 2019 Mazda 3 ahead of the LA Auto Show in Hollywood, California. The design remains extremely faithful to the Kai concept that blew us away at the Tokyo Motor Show last year, and is an absolutely stunning interpretation of the compact hatchback and sedan. 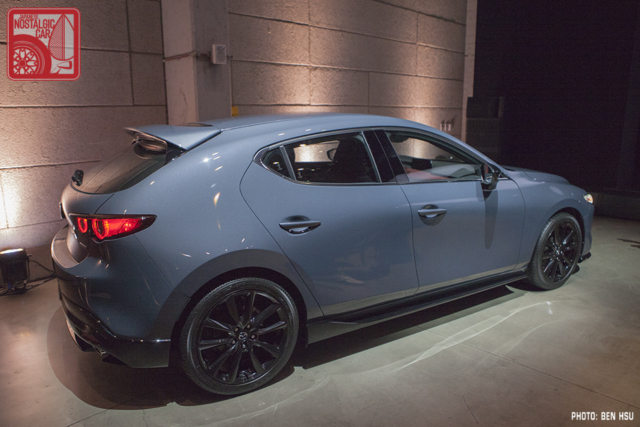 At a time when the Big Three are abandoning sedans and compact cars left and right, Mazda is striking at the heart of the segment with brilliant style.  There are no unnecessary lines, scoops, or vents. Ikuo Maeda, the Mazda chief of design, said the shape uses natural curves to reflect light, a process that can only be created by hand and clay in an age when car designs are often plugged through a computer program. 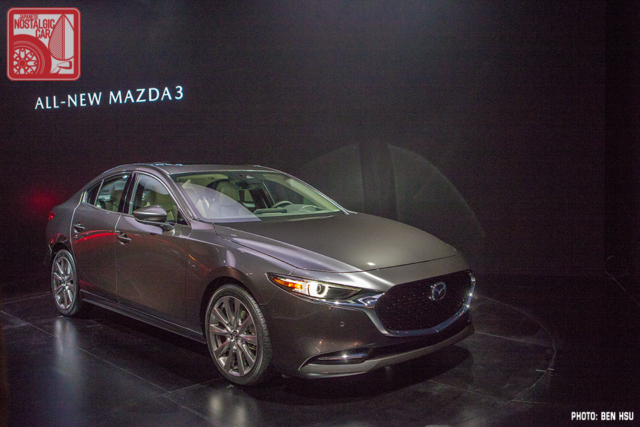 Both the hatchback and sedan are a second evolution of Mazda’s Kodo design theme. The sedan adopts the look of its big brother Mazda 6 and instantly becomes the most attractive vehicle of its class. Buyers will have their choice of front- and all-wheel-drive configurations in both body styles. 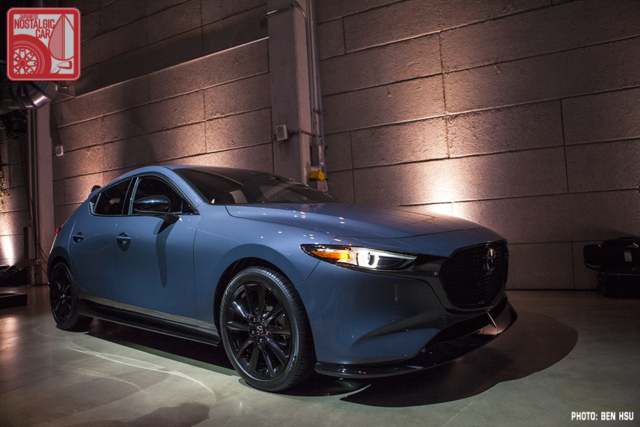 Typically, the sedan is considered the higher-end version, but in this case the flagship of the 3 lineup appears to be the hatchback. It’s available in an exclusive Polymetal Gray and burgundy (it looks flat in low light but sparkles in the sun) exterior colors, and a sumptuous red-and-black 2-tone interior. Unfortunately, the minders at the event didn’t open the doors on these pre-production prototypes for us to photograph. 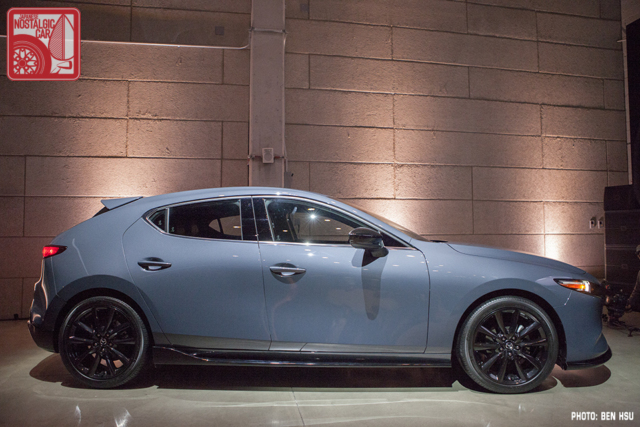 Mazda is offering no less than five engine options for the Mazda 3 — SkyActiv-G gasoline engines in 1.5-, 2.0-, and 2.5-liter displacements, as wll as a 1.8-liter SkyActiv-D diesel and the revolutionary new spark-controlled compression-ignition SkyActiv-X engine. Power figures have not been announced, but for reference the 2.5-liter makes 187 horsepower in the CX-5.

Six-speed manual and automatics will be available; none of that silly CVT business. Mazda’s innovative G-Vectoring system that uses engine torque to shift weight for better handling, is available on the 3 for the first time as well. 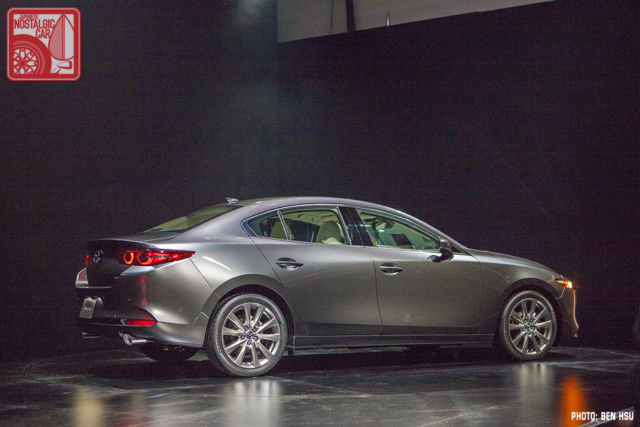 One surprising choice was that of a torsion-beam rear suspension. It’s almost shocking that Mazda, a company which prides itself on superior handling, would take such a step backwards, but we will reserve judgement until we drive the car. Perhaps there is a greater master plan at work.

permalink.
This post is filed under: Uncategorized and
tagged: mazda, mazda 3.