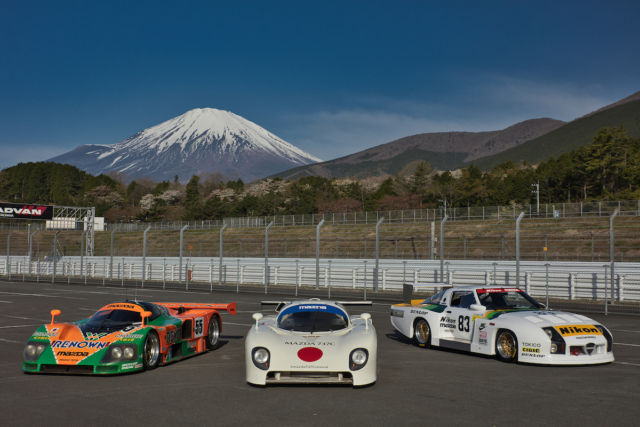 Today marks the 30th anniversary of Mazda’s historic win at Le Mans with the iconic rotary-powered 787B. We have explored Mazda’s journey in this and other endurance racing events over the years, yet were only scratching the surface. The people involved and the stories they lived through could fill volumes. Today, let’s highlight a Mazda luminary perhaps not yet well known to some readers, Kunio Matsuura, the only person to have worked twenty seven straight years on racing development of the rotary engine.

Matsuura was born in Hiroshima in 1940 and joined Toyo Kogyo — the company to be later renamed Mazda — in 1956. When Toyo Kogyo took up the challenge of bringing the rotary engine to life, Matsuura became one of the famed “forty-seven samurai” under the leadership of Kenichi Yamamoto and remained part of the Rotary Engine Research Division until 1989.

As we recounted before, Mazda saw racing early on as a key tool of technology development. In fact, Yamamoto affirmed to Matsuura that both racing development and production car development were crucial to the perfection of the rotary engine. 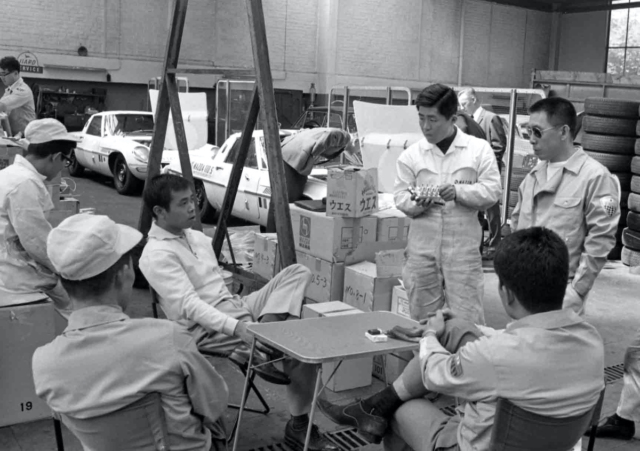 Little time was thus wasted as the Cosmo, the first production rotary Mazda, dove straight into racing’s deep end, powered by the L10A race-developed by Matsuura (sitting facing right behind the table in photo above) and Takaharu Kobayakawa. As such, these two men were the first in history to develop racing rotary engines. Soon, Matsuura was well on his way to earning the nickname that would stick with him for the rest of his career: Mr. Rotary Racing. 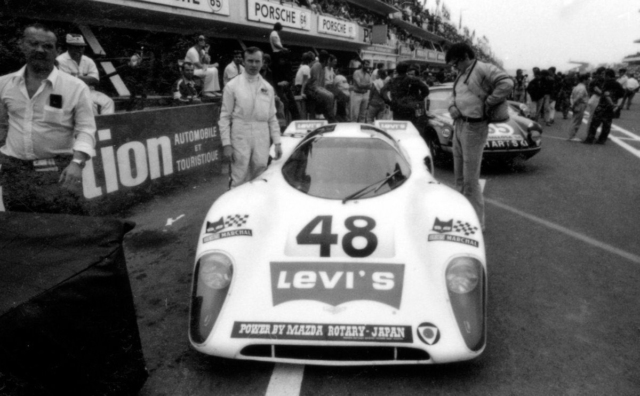 With Matsuura on rotary racing development, Toyo Kogyo expanded its involvement in European racing from 84 Hours of Nürburgring to the Tourist Trophy at Silverstone and 24 Hours of Spa with the new Familia Rotary Coupé. In 1970, the Mazda rotary saw its first run at Le Mans in a Chevron B16 powered by a 10A. Through all this, Mazda was able to raise its profile in Europe, while Matsuura amassed much valuable experience and learned many lessons. 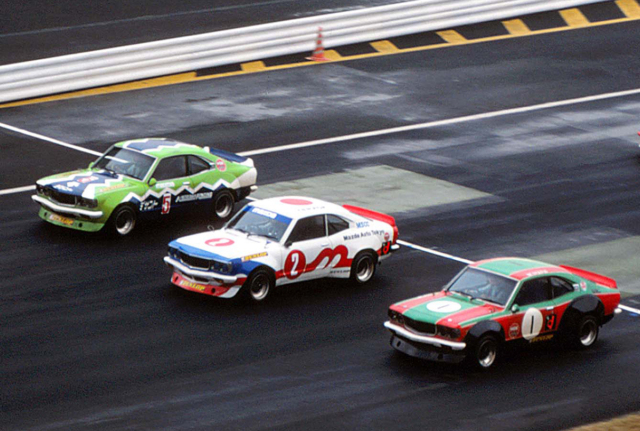 Meanwhile, domestically and in rest of Asia, rotary Mazdas were gaining noteriety, with the Savanna RX-3’s victory over the Hakosuka Skyline 2000GT-R at the 1972 Japanese Grand Prix being the pivotal event for many. Perhaps somewhat less well-remembered is the Fuji Grand Champion Series that Mazda also competed in.

New to Mazda here was the mid-engine sports car layout in machines like Group 6 prototypes, in contrast to touring cars that comprised most of Toyo Kogyo’s racing experience to date. What Matsuura and his team developed and learned during this period would become instrumental in the Hiroshima company’s success in international competition later. 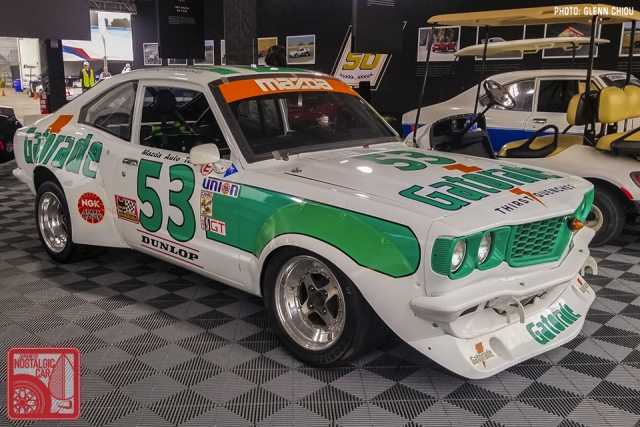 The first such major international success was that of the RX-7 at the 1979 24 Hours of Daytona, in which the SA22C RX-7 debuted to a stunning 1-2 win in the GTU class. This success was made possible by what was effectively a recon mission the previous year, when the Mazda Auto Tokyo race team — later to be renamed Mazdaspeed — entered two Savanna RX-3s at Daytona. Matsuura was sent by Mazda to accompany this team along with factory-supplied race engines.

Despite the Savanna being well-developed for competition in Japan, the RX-3 “Gatorade cars” faced totally new conditions at Daytona. Matsuura recalls that at Daytona, oil spills on the track were cleaned with sand instead of lime powder, with the residual sand staying on the track to wreak havoc. 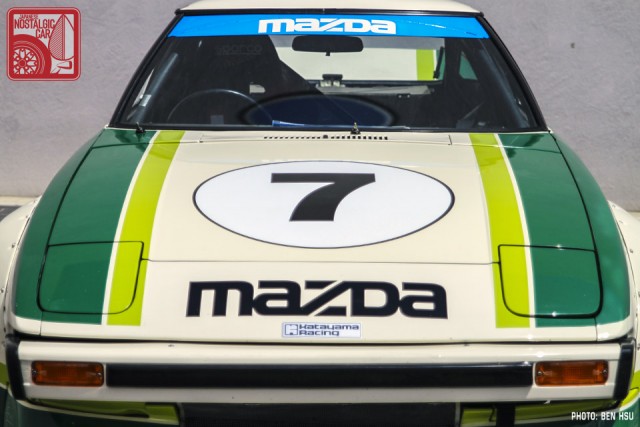 Even more damaging was that the sand would find its ways into the engine, rapidly deteriorating the apex seals and causing the engine to lose compression. New to Matsuura at the time was also the practice of race teams to simply replace engines mid-race in response to failure. All these lessons were taken back to Japan for solutions that enabled the RX-7’s win the subsequent year. 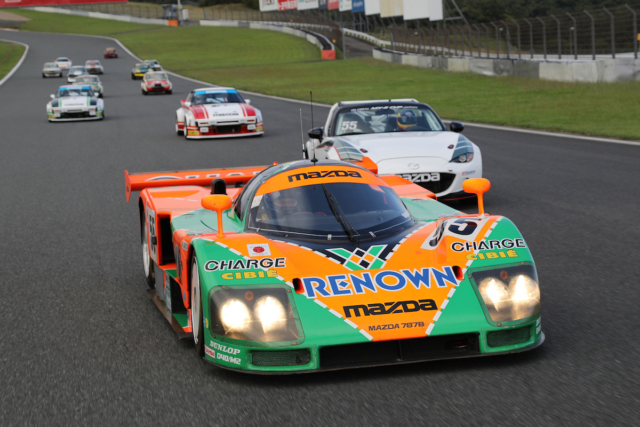 When Mazda fully entered prototype racing with the aim of an outright win at Le Mans, Matsuura was there as well, culminating with him taking the helm as Mazda’s Technical Director at Mazdaspeed, the Tokyo-based race team, in 1989. Around this time, Mazdaspeed was heavily involved (and invested) in Le Mans efforts.

With time running out for the rotary at Le Mans due to impending rule changes, Mazda was deploying all its development resources and capabilities into developing race engines and shoveling money to Mazdaspeed to build race cars in hopes of conquering the Le Mans challenge. 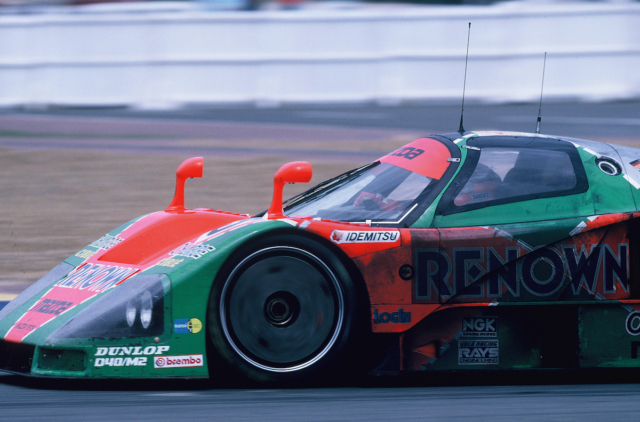 The rest, as they say, is history. In the afternoon of June 23, 1991, the orange and green No. 55 quad-rotor Mazda 787B took overall victory, beating the TWR Jaguar XJR-12 and Sauber Mercedes C11, becoming the first and only rotary-powered car to win overall at Le Mans. 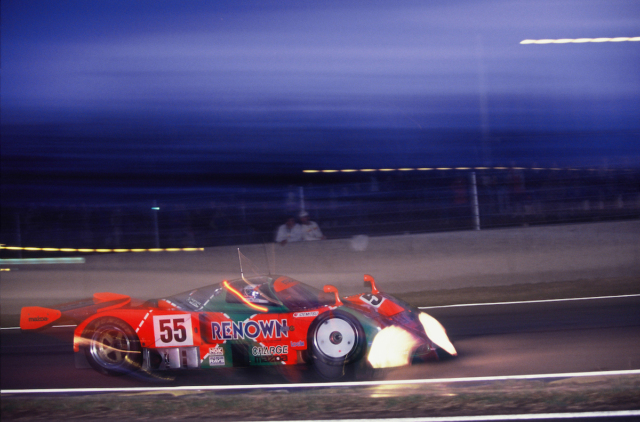 Mazda had taken on Le Mans with its spirit of “never stop challenging” put forth by Kenichi Yamamoto, and this victory became the stuff of legend. Matsuura was famously interviewed for Japanese TV coverage right after the win, in which he was simply overcome with emotion by their accomplishments and ducked into the back of the pits for tears of joy. He retired three years later. 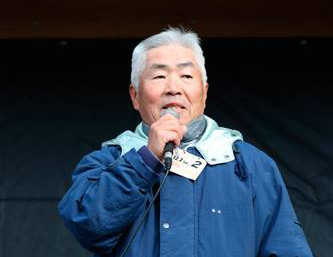 Reflecting on his 27 years of rotary racing development, Matsuura told the Society of Automotive Engineers of Japan in 2017 that his work led to development of new materials, new analysis methods, new manufacturing technologies, new mechanisms, and countless other advances and gains that contributed to the foundation of Mazda today.

Importantly, he believes that there are still discoveries and technical advances to be made through racing and encourages young engineers to take on the racing challenge. As Mr. Rotary Racing, he has seen it all, through the thick and thin of Mazda’s competition history. None of it would have been possible without him. Matsuura truly embodies Mazda’s “never stop challenging” spirit.