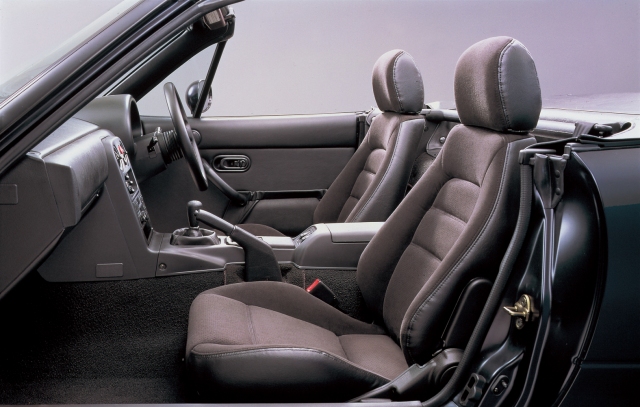 There are few cars so transcendent that they permeate the souls of people at every station in life. I think we can all agree that the Mazda Miata is one of them. We love the Miata, so do many of our readers, and today we learned that that puts us in the same Venn diagram circle as Christian von Koenigsegg, creator of some of the world’s quickest and most expensive supercars.

Two years before the Koenigsegg’s founder and CEO established his supercar company, he drove an NA Miata. This bit of ownership history was revealed today on Koenigsegg’s Facebook page and shared on Jalopnik as part of a series on employee-owned cars. Von Koenigsegg’s personal Regera — worth $1.9 million and with gold leaf on its wheels — is finished in blue and gold on the outside to honor the Swedish flag. But as they told you in kindergarten, it’s what’s on the inside that counts:

On the inside, Christian has chosen an interior that reflects a bit of family automotive history. The first car he and his then-girlfriend – now wife and Koenigsegg COO, Halldora – owned together was a black NA Mazda Miata with a brown leather interior.

If you squint, you can even see slight a resemblance between the Regera interior (above) and the Miata interior (below). 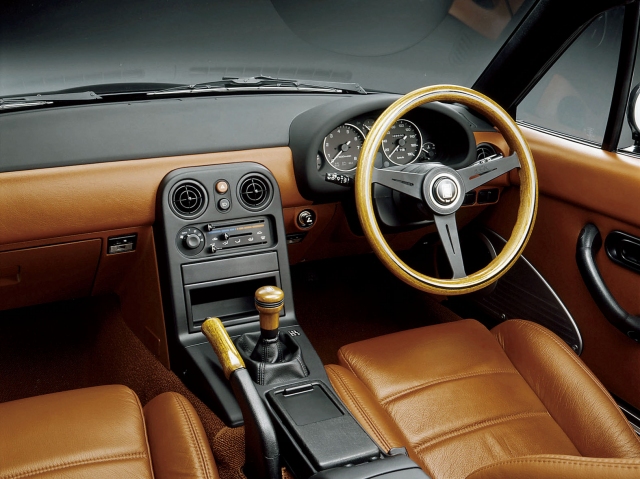 Aside from four wheels, a Miata and a Regera have little in common but von Koenigsegg clearly saw something in his roadster that stuck with him. Even after 25 years, we are still discovering ways the Miata has influenced the automotive industry, its influence felt way beyond even what its creators envisioned. And the best part is, you don’t need to be a supercar company CEO to enjoy it. The Miata life is something that anyone with a few thousand bucks can be a part of.

We don’t talk about Swedish supercars very often here at JNC, but when the founder of a company that makes them reveals that he shares a bit of car ownership history we can all identify with, we can break the rules.

permalink.
This post is filed under: mazda and
tagged: Koenigsegg, mazda, miata, mx-5.