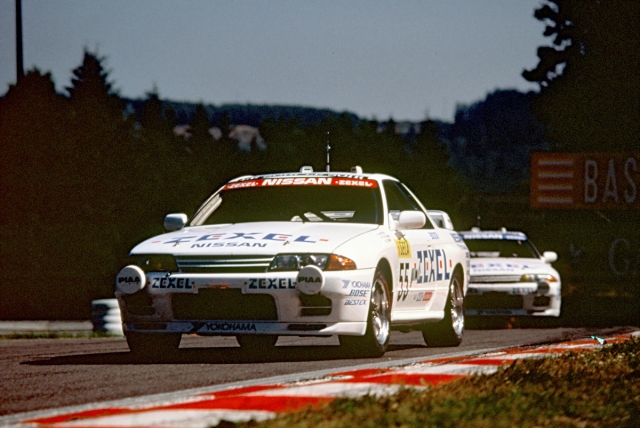 The Zexel livery should be a familiar one for any GT-R fan. Whether you saw it race in the 90s or encountered it in Gran Turismo, the cars are part of the BNR32’s racing lore. Now, one of them is for sale for $237,000, shipping from Europe not included. 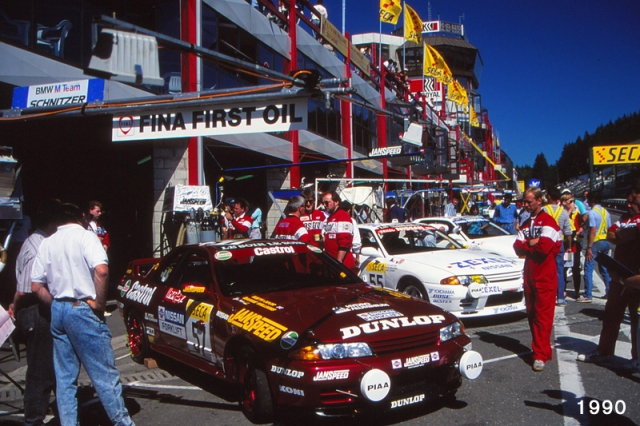 By the late 80s Nissan was a force to be reckoned with in every form of four-wheeled motorsport available in Japan. So, in 1988 it set its sights on the Old World and established Nissan Motorsports Europe with the goal of taking on the ultimate races that continent had to offer.

With the debut of the R32 Skyline GT-R in 1989, Nissan knew it had a weapon of a touring car. The following year, it unleashed a trio of them onto the 24 Hours of Spa-Francorchamps and promptly swept the top three spots in its Group N class. Nissan, which had been primarily known for making affordable hatchbacks and sedans, surprised everyone with the showing.

The car for sale is the second of the three, the No. 55 car driven by Naoki Hattori, Anny-Charlotte Verney, and Hideo Fukuyama. The red JanSpeed No. 57 car seen above took the top spot, while another Zexel-liveried car, No. 56, came in third. 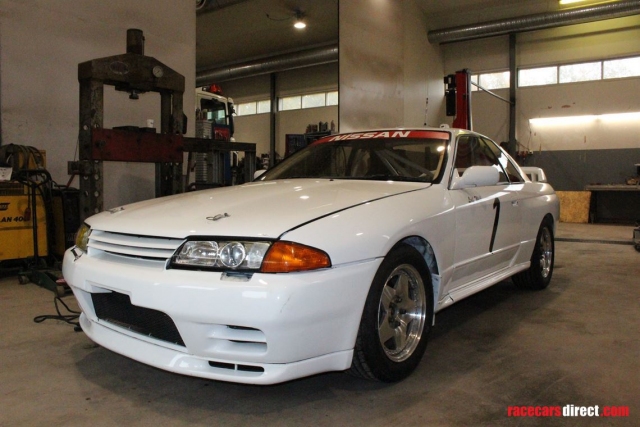 According to the seller, who was at Spa Circuit to witness the victory, he and a partner bought the Skyline GT-R immediately after the race from NME’s director. It was then brought to its new home in Finland, where it competed in 13 races around Scandinavia, logging one DNF because of a blown tire, coming in second place in another, and winning the remaining 11. As such, it holds the 1991 Finnish Group N Championship title 1991, and both tthe 1991 and 1992 Scandinavian Group N Championship titles. The seller says it has been track testsed to go from 0-100km (0-62 mph) in just 3.74 seconds.

The listing states that the car is still wears its original Spa-winning equipment. While the car will come with the SSR race wheels, and a rebuilt version of its original NISMO engine, the car is finished in plain white now. but the seller will helpfully include a 1/24-scale Tamiya model kit of the No. 56 Zexel car so you can scan the decal sheet to recreate the livery. 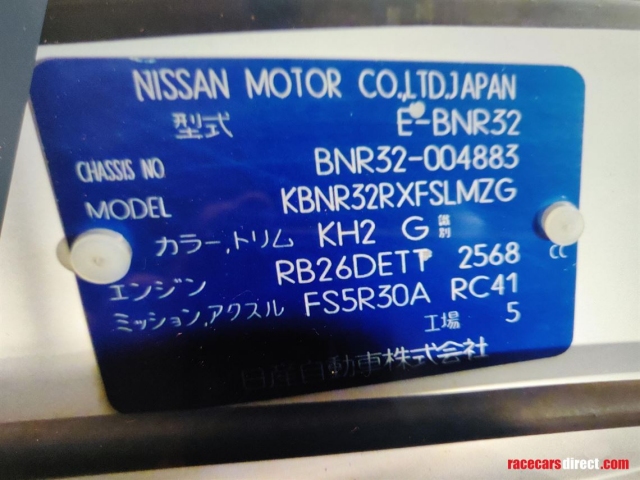 The reason for the sale, as stated in the auction, is that the Finnish driver who raced the car in its post-Spa years, Leif Wiik, passed away a few years ago. It’s said to have been garaged since 1992, but Wiik’s wife and his partner who co-owned the car have decided to sell it on.

The listing also states that the car is chassis number BNR32-004883. It recently received an FIA Historic Pass to allow it to compete in vintage races. It’s said to be well maintained and is ready to race in original Group N-spec. The sale will include all original paperwork with FIA papers, receipts, and NISMO/NME documentation. 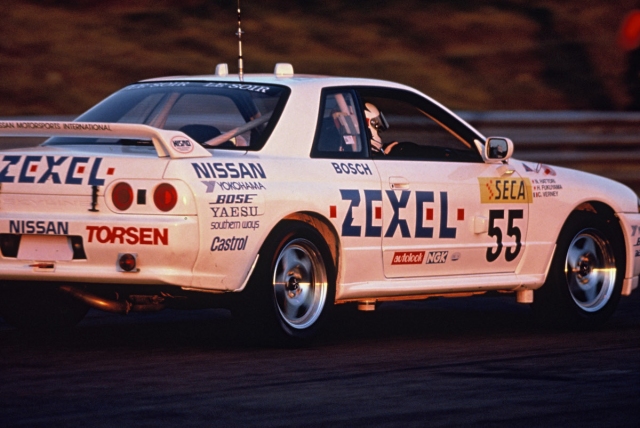 Nissan came back to the 24 Hours of Spa the following year with both Group A and Group N Skyline GT-R and delivered an even more impressive performance. The No. 25 Group A car driven by Anders Olofsson, Naoki Hattori, and David Brabham took first overall. Not only did it best Porsche 911s, BMW M3 Sport Evos, and Audi V8 Quattros, it separated itself from the second place finisher by 21 laps. This No. 25 Zexel GT-R now resides in Nissan’s own collection at the Zama warehouse.

That year, a the No. 46 Group N car driven by Keith O’dor, Takayuki Kinoshita, and Dirk Schoysman finished first in its class and sixth overall, both wearing the now iconic Zexel livery. The R32 returned in 1992, racing only in Group N and winning that class for the third consecutive year.

The R32 Skyline GT-R is an unforgettable part of Nissan’s European racing history. It can be yours, too, if you can strike a deal and get it from Finland. Interested parties can find the car for sale at Race Cars Direct.

permalink.
This post is filed under: for sale and
tagged: 24 Hours of Spa, nissan, r32, skyline.