KIDNEY, ANYONE?: The Most Expensive 1983 Honda Accord Yet? 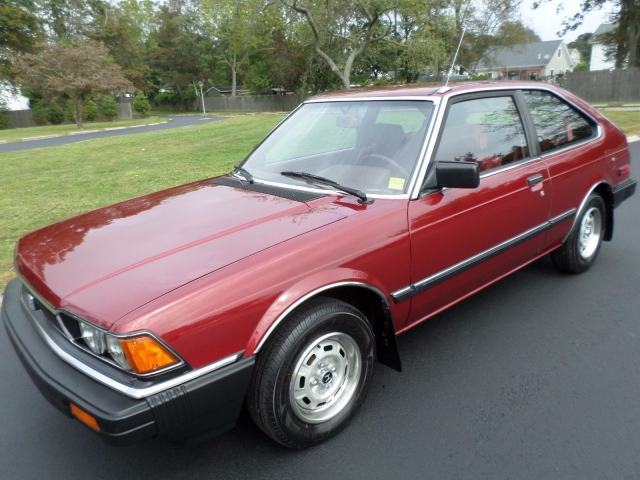 There is a particular Honda on eBay that we’ve been watching here at JNC, and it is this 32,031-mile 1983 Honda Accord hatchback. While it is a beautiful car, and possibly the most flawless example in existence, what caught our eye was the current bid of $20,000 with nearly a week left on the auction. We would venture to say that this is the record for most money ever paid for a 1983 Accord, especially since the original MSRP for an LX hatchback such as this one was $8,549. But is it worth it? According to the 36 bidders, the answer is yes. 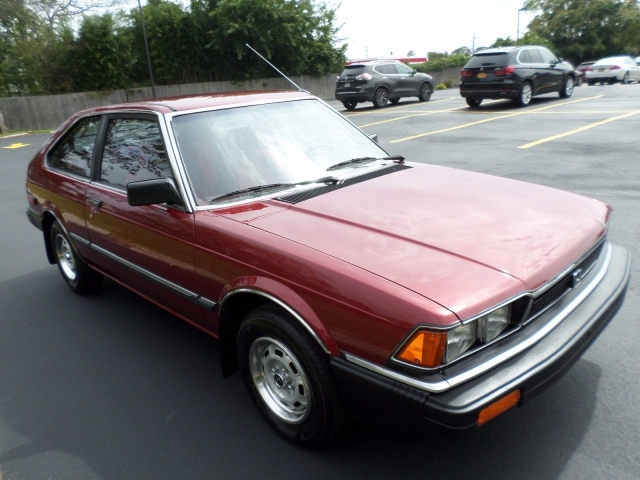 If there was ever a second-generation Accord that could have a $20,000 case made for it, this would be the one. According to the seller, it “may be the nicest 1983 Honda Accord left in the world that is still in private hands and not in a museum.” The car is nearly flawless so there may be credence to this claim and, as it happens, the nicest one was the first to roll out of Honda’s Ohio factory, because that one is, in fact, in a museum. 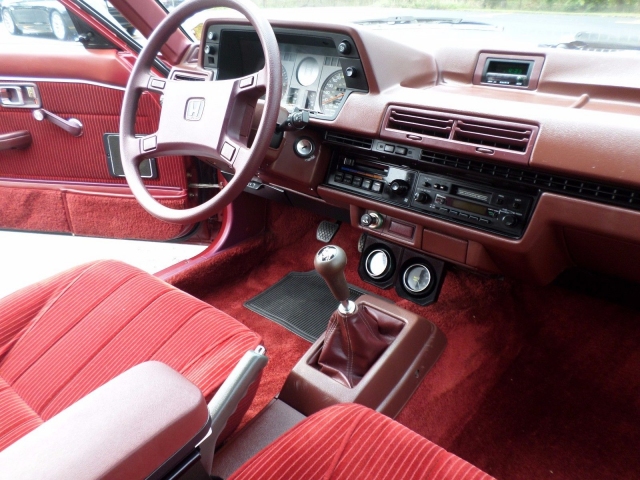 The listing states that the car has been in storage since 1988 and all maintenance has been kept up to date during that time. Looking at the interior, the plush seats show no signs of aging what so ever and only the most minor differences in coloring on the plastics can be seen. The only modification appears to be a pair of dealer installed voltage and oil pressure gauges when the original buyer checked every box. 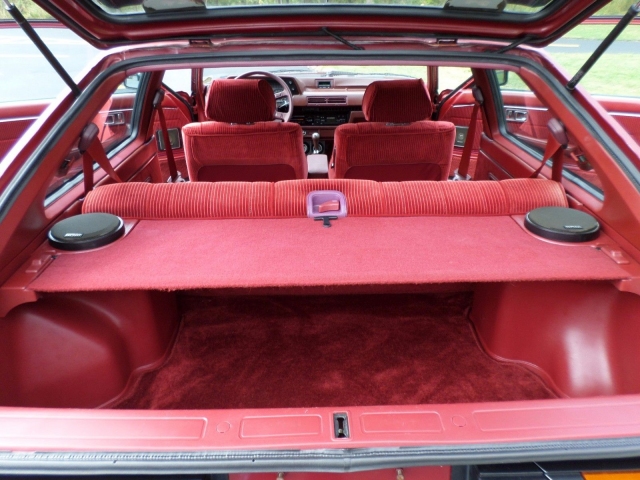 The trunk area looks untouched and the parcel shelf is in flawless condition. The plastic covers over the wheel wells don’t have any scratches, discoloration or glaze over them, a common condition with 80s interior plastics that have seen any sort of use. The seat back handle did age to a curious shade of purple, but if we’re getting to that point while nit-picking an economy hatchback a year shy from being able to run for president, we’re doing pretty good. 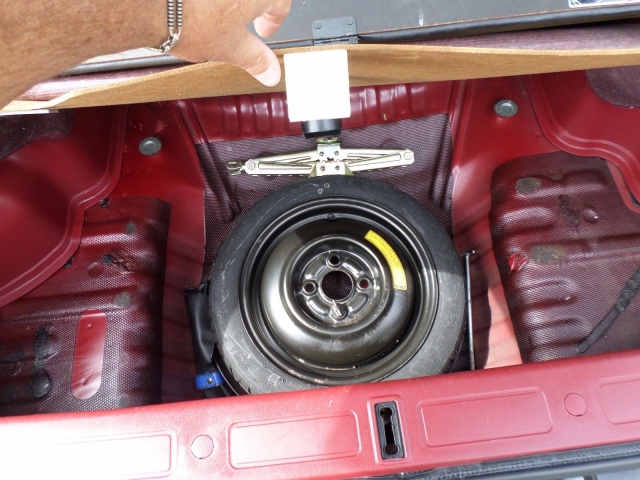 Looking under the carpet in the trunk we find a perfect spare tire well that’s seen no sign of wear. Even the jack has its yellow zinc finish untarnished. According to the seller, the original owner opted for the “Tuff Kote” rustproofing and was able to avoid any oxidation problems. 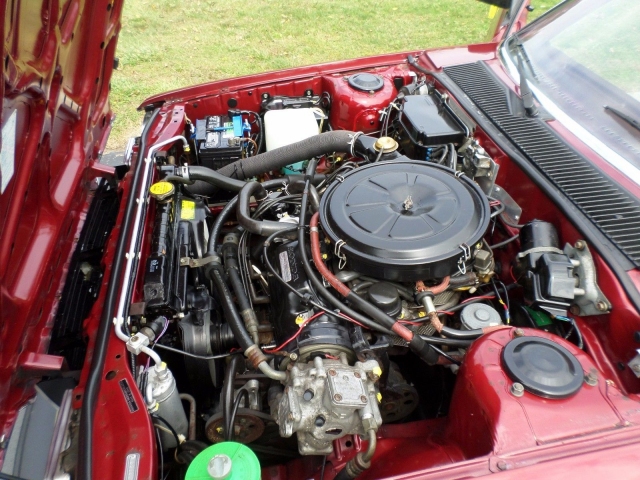 Trying to find any rust on this car was a difficult task, but with a keen eye you can spot some surface oxidization on the air conditioning line and power steering pump pulley. Overall, this is still a prime engine bay with its EK1 engine showing no signs of leaking or wear. Another thing that is unique to the first two generations of Accord was the forward opening hood. 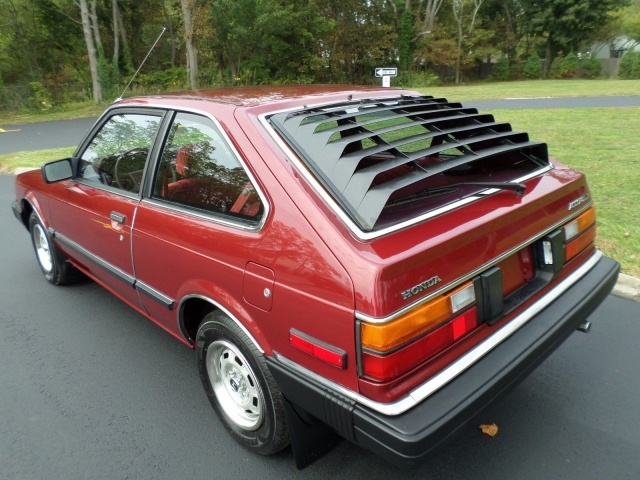 As we mentioned before, the original buyer ticked every box on this car and even got the OEM optional louvers, which compliment the zenki rear end well. With the air conditioning and power steering, this particular compact is better equipped than some standard mid-sized cars of the era. 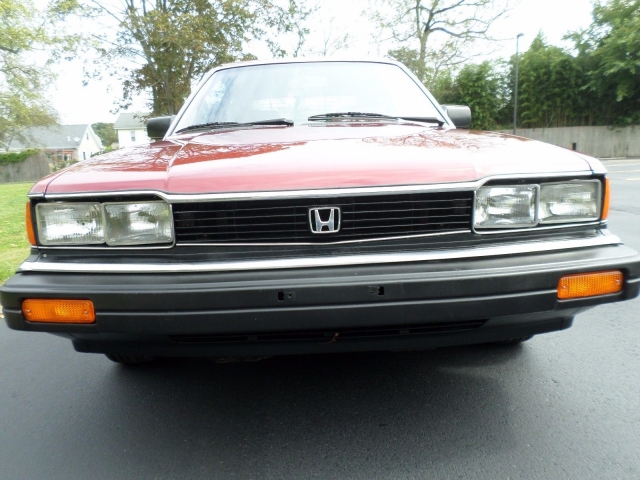 The second generation Honda Accord seems like the forgotten Accord these days but this was still one of the most important Hondas in history. The sedan was the first Japanese car built in America, early models had the optional Electro Gyro-Cator (the world’s first production in-car navigation system), and the later models would be the first fuel-injected Accords. I would even go as far as to say that this is one of the most aesthetically pleasing Accord generations, especially with the staggered quad sealed beam headlights. 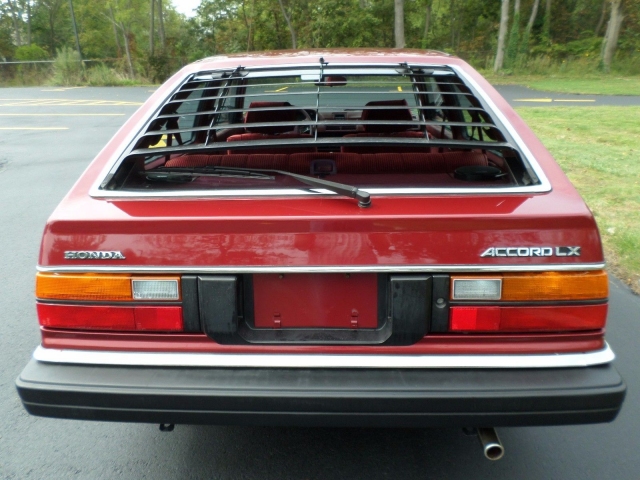 Though this particular example will most likely end up with a collector, it is effectively optioned out as a “driver’s” Accord, equipped with the carbureted engine, a 5-speed manual transmission, and every option available except the automatic. A combination of these features makes this car worthy of its record breaking $20,000 auction price. If you are looking for the best second-generation Accord on the market today, look no further and throw your hat in the ring on the eBay listing here

permalink.
This post is filed under: for sale and
tagged: accord, honda, kidney anyone.

12 Responses to KIDNEY, ANYONE?: The Most Expensive 1983 Honda Accord Yet?