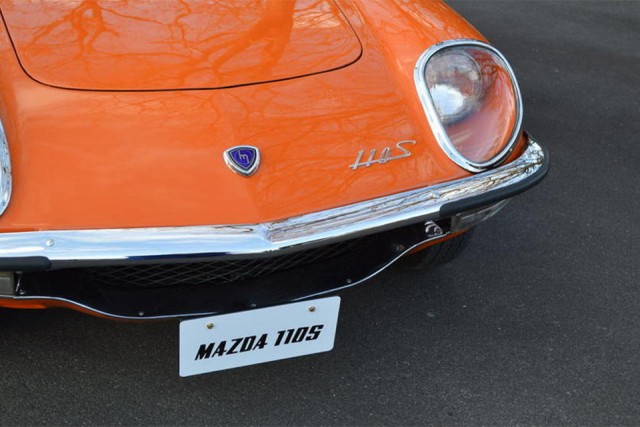 Joining the Nissan Fairlady Z432 going across the block this year at Amelia Island is a 1968 Mazda 110S, which is the name for a Mazda Cosmo made for export. This car, as you may have noticed, is a rather unique shade of custom orange. Originally sold in the standard Swan White, it was repainted within the last year to its current hue for reasons unknown. The jury is still out on what the Bonhams “Give me originality or give me death!” crowd will think about the color, but the rotary engine-pioneering car itself is nothing to scoff at. 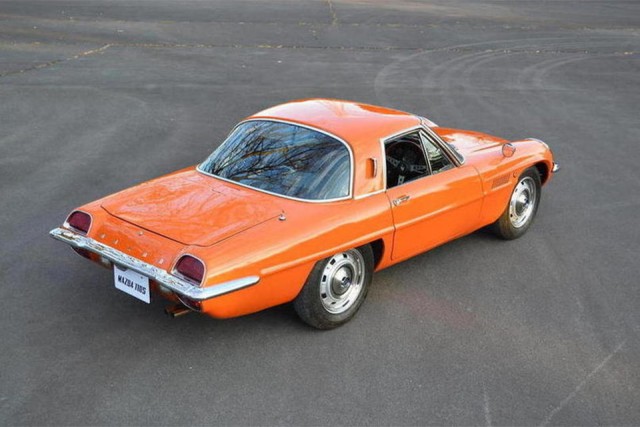 Hardcore Mazdafarians will notice that this happens to be the rarest of the Mazda L10 platform. Having been built in 1968, it was caught in the mid-model update making it a very rare “Series Middle” comprised of a Series I short wheelbase chassis and running gear, but adorned with the updated cosmetic features such as the larger air dam of the Series II.

Add to that the fact that it is a 110S built for export markets and you have what makes for an unbelievably low production number car, possibly in the single to low double digits.

The formula for buying classic cars is to find a car with low production numbers, a racing pedigree, and in the most sought after trim. With total production numbers south of 1,180, a history of chasing down Lancia Fulvias, and the market just becoming aware of these cars, the Cosmo is a sure bet to become a Blue Chip JNC. 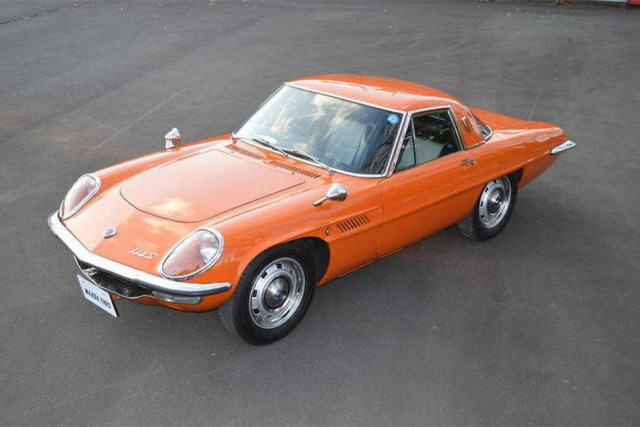 Last year a Cosmo Sport sold for a cool $264,000 in Monterey, and just last month a significantly worse example fetched $110,000 in Scottsdale. If you have enough money sitting around to buy a decently sized midwest house and are in the market for a classic Mazda in an inexplicable shade of citrus, this may be the car for you. Bohnams’ Amelia Island auction begins March 12.

permalink.
This post is filed under: for sale and
tagged: 110s, cosmo sport, kidney anyone, mazda.