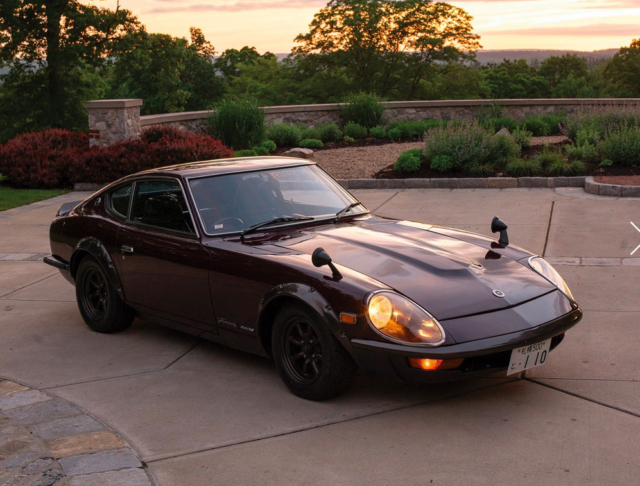 Monterey Car Week takes place next week, and we’re seeing more Japan-market classics trickling their way over to US shores. Perhaps the most desirable among this year’s crop is a genuine 1972 Nissan Fairlady 240ZG, a homologation special with factory G-nose. 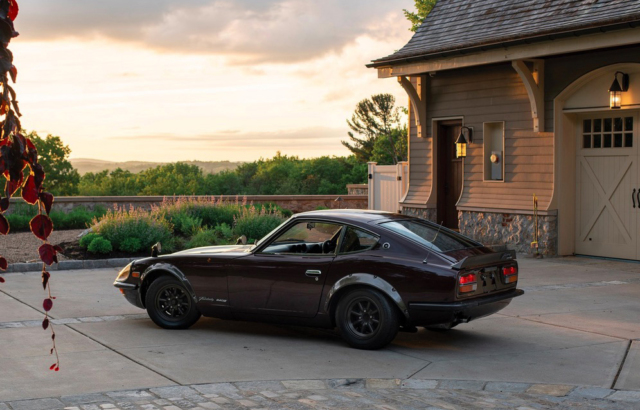 When the Fairlady Z debuted in Japan, engine options went only up to 2.0 liters, whether you opted for an L20 inline-six or the Z432’s S20 triple-carbed, 24-valve twin-cam. The 2.4-liter inline-six was for export markets only, until Nissan decided to equip its Grand Champion race cars with the L24. A lengthened, aerodynamic nose with clear headlight scoop covers and fender flares were installed on the race car, giving rise to the production 240ZG. 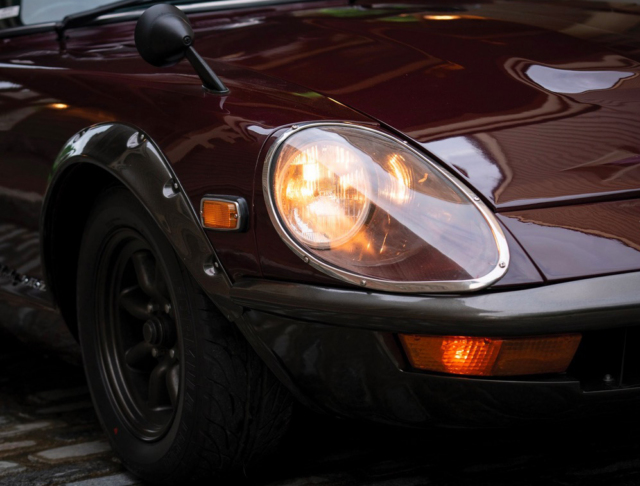 The car offered for sale by RM Sotheby’s was originally delivered to an owner in the upscale Shinagawa Ward of Tokyo. Though it has been repainted, the color is the original Grand Prix Maroon, the hero color of the 240ZG. 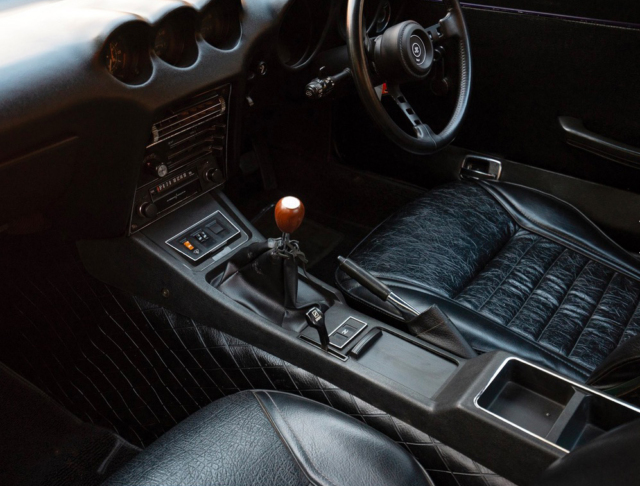 The driver’s side seat has seen more wear than the passenger’s side, but the interior is said to be all original with the exception of a rear strut tower brace. In these photos, you can almost smell the vinyl emanating from the cabin. 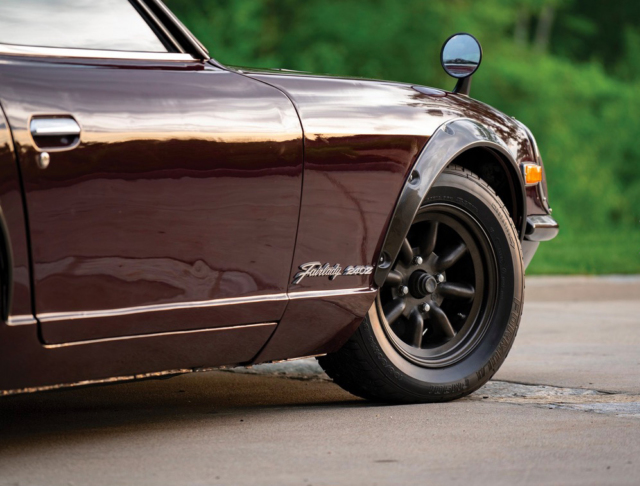 Although many G-nose conversions exist, a factory Fairlady 240ZG is still a rare specimen in the US. According to RM Sotheby’s, the car is expected to fetch $60,000 to $80,000 before auction fees. For more, see the lot at RM Sotheby’s website. The auction takes place Saturday, August 25.

Other Japanese classics up for auction next week that may be of interested to readers include RM Sotheby’s Acura NSX, Lexus LFA, and the first Ferrari 288 GTO delivered to Japan, from the collection of noted collector Yoshiho Matsuda. Gooding & Co. will also have a Solar Red 1967 Toyota 2000GT as well.

We will be in Monterey starting Wednesday, August 22. Stay tuned for more from Car Week.