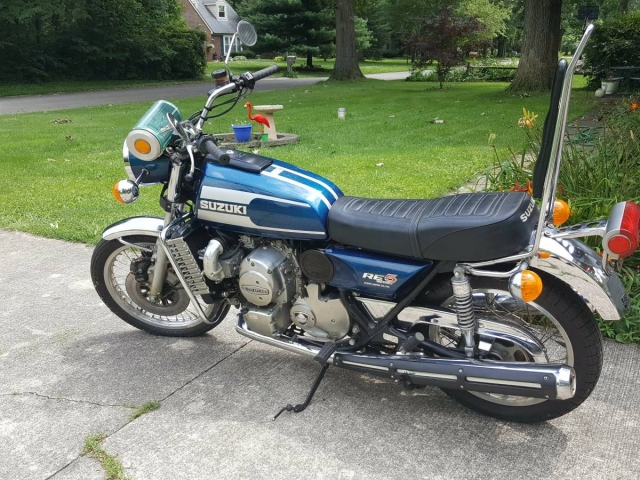 Given the strengths of the rotary engine, you would imagine that they would be a natural fit for motorcycles. Small displacement, high power and high revving, these are all prerequisites for a motorcycle engine. Surprisingly only a handful of motorcycle manufacturers brought one to market. Sure, in the mid-1970s all of the major Japanese brands had prototypes for a rotary motorcycle but of those brands, it was only Suzuki who pulled the trigger in 1975 when they made the Suzuki RE5 that you see before you.

This particular RE5 has never been titled and only reads 3,079 miles on the odometer. I would venture to say that this could be the last “new” Suzuki RE5 left on Earth. The seller says it was used as a dealership demo bike to show off Vetter Fairings when it was new, hence that awesome era-correct sissy bar on the back. The bike was then put into storage prior to the current owner purchasing it.

According to the owner, it ran a year ago but will need a service before starting it again, in addition to addressing the seized front brake cable. Luckily this bike comes with a sizable stash of NOS parts so getting it back on the road won’t be too hard it looks like. 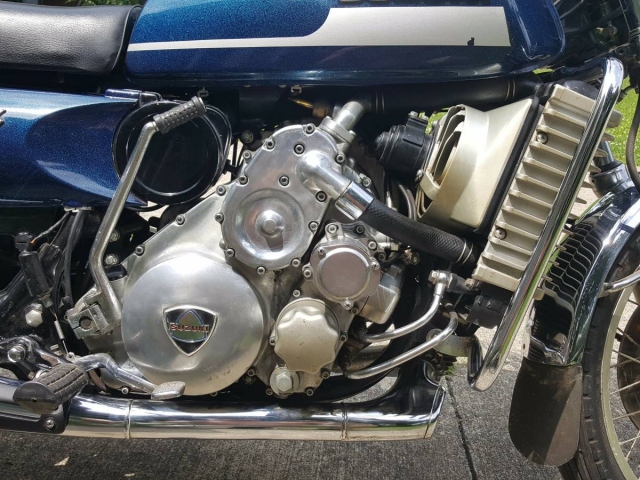 It’s strange to see the rotary triangle logo without a Mazda name on it. The engine was actually fairly well received in the era and does make a respectable amount of power, making over 100 horsepower per liter, at 62hp out of it’s 497cc engine. For the era that was quite a bit of power. By comparison, a ’76 Honda CB750A made 67 horsepower. 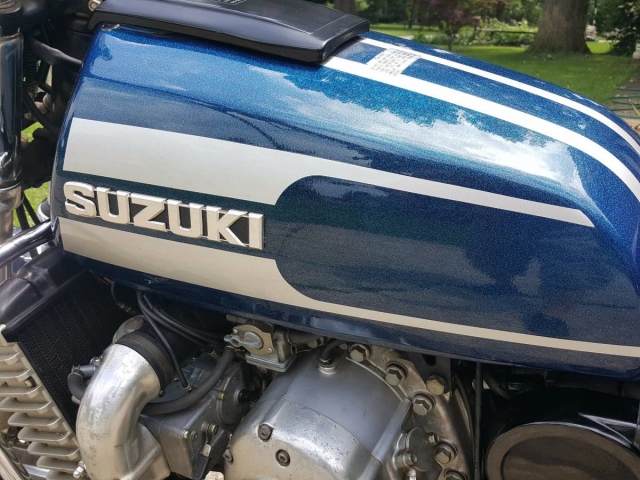 Minus some minor wear to the stickers and badging, the bike looks to be in fantastic condition. I love how over-the-top the flake is on the paint. It’s not ostentatious fishing boat level, but it’s still a markedly 70s-looking paint job.

One of the most iconic features of the design of this bike is its “tin can” instrument cluster. This design is also referenced with the design of the tail light as well. The RE5 was one of Giorgetto Giugiaro’s many contributions to the automobile and motorcycle landscape and, as goes with most of Giugiaro’s work, is very polarizing. 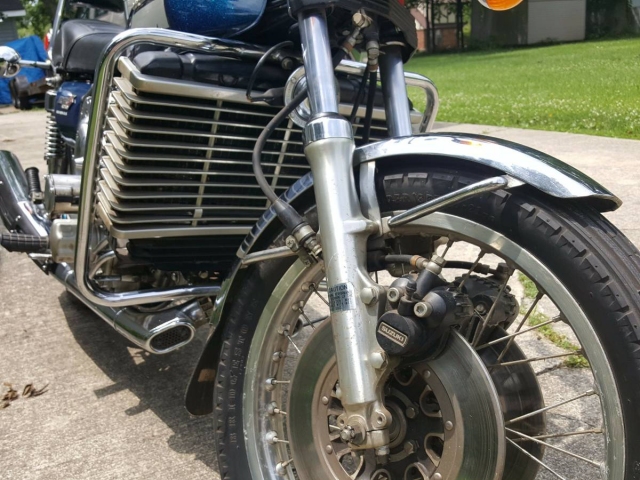 One of the other interesting design features of the RE5 is the cooling ports on the exhaust. As rotary engine exhausts get significantly hotter than traditional engines, Suzuki wanted to protect their riders from burning themselves. Suzuki added the cooling ports seen above in addition to the finned exhaust manifold, double walled tailpipes and a number of other features. 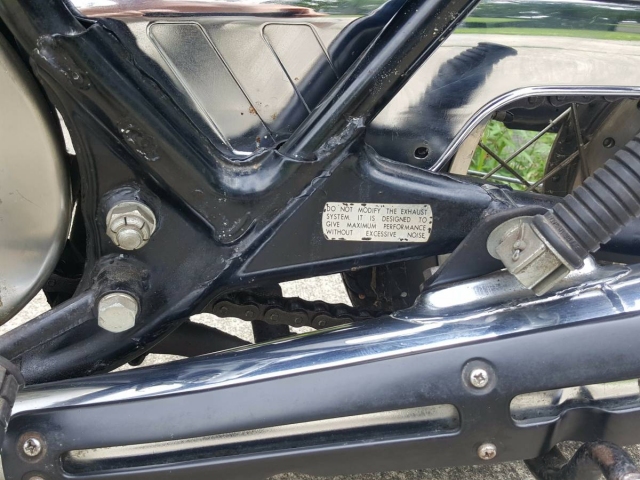 Suzuki was really serious about their engineering of the exhaust between trying to keep the noise down with the rotary engine and from burning their riders alive, Anakin Skywalker style. It was also one of the loudest motorcycles made in Japan during the era, so Suzuki had to be very careful to keep the sound down without killing power. 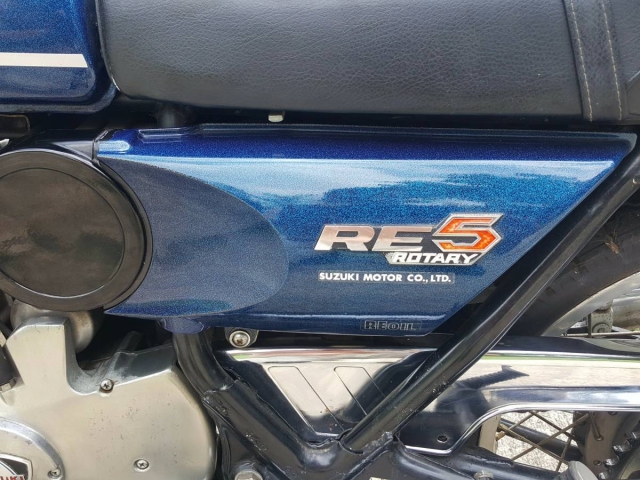 The Suzuki RE5 is a pretty rare bird by any standards and fell into obscurity for quite some time. In more recent years they’ve been getting some traction in the collector market mostly due to the novelty of a rotary powered motorcycle. It doesn’t fail to turn heads at vintage bike shows either. If you’re a rotary fan and want to complete your collection by adding this bike to it for $6,500, check out post on Craigslist Indianapolis.

permalink.
This post is filed under: for sale and
tagged: motorcycles, rotary engine, suzuki.

14 Responses to KIDNEY, ANYONE?: Never-titled Suzuki RE5 rotary motorcycle