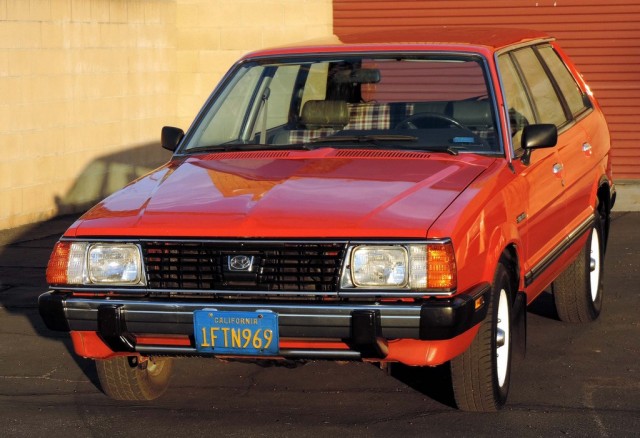 On eBay this week is probably the most well-preserved EA81 Wagon in existence. This particular 1981 Subaru GL 4WD is 4-speed manual-equipped, carburetor clad, and naturally aspirated. With 102,000 on the odometer the car has seen some use, but it has clearly been very carefully cared for.

The EA81 chassis Subaru is considered one of the best classic Subarus to own. It’s largely free of the reliability issues found on the EA82 chassis (previously noted on a Kidney Car from last year), and more readily available than the 70s era EA71 cars. They also feature a number of neat innovations such as a cyclops third headlight that pops up behind the logo on the grille, Subaru’s first ever turbocharger, as well as the second-gen chicken tax phenom, the Subaru BRAT. 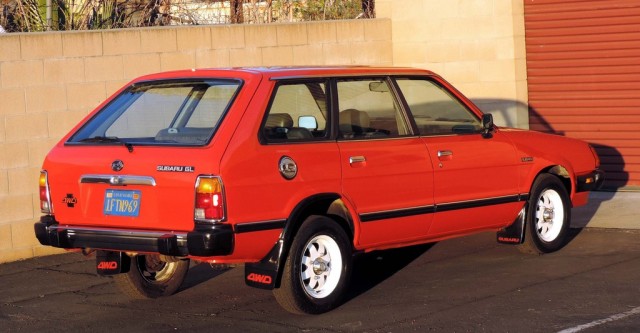 It’s a rarity to see this color — which I had previously assumed was matte red as I’ve never seen one with any gloss left to the paint — in such good condition. The state of the paint probably lends itself to the status of being a single-owner southern California car, even still sporting the blue and yellow 1981-spec plate. The white steelies not only are devoid of even the smallest speck of rust, but also feature perfectly preserved center caps. Don’t over look the unfaded red lettering on the rubber mudflaps either.

Under the hood, you’ll find an unblemished pale blue air cleaner cover and what appears to be the original spare tire on a never-mounted steel wheel. Looking at the engine block itself, it appears to be lacking any oil leaks to stain its beautiful bright aluminum casting (my EA82’s engine could be this clean if I dumped my entire life savings into degreaser, and it would be back to oil-caked within a week). An interesting item of note is that this model features air conditioning, which was available for the first time as a factory installed option from Subaru. And yes, the a/c does blow cold. 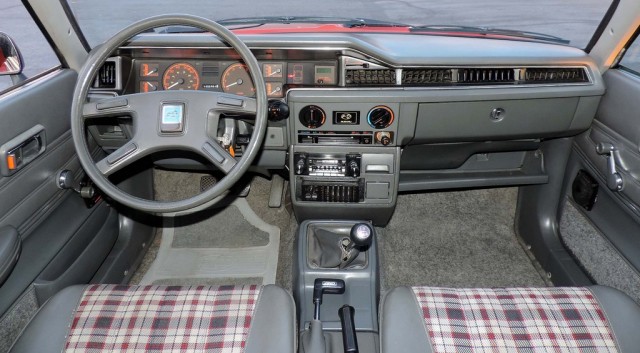 You might think these are just screenshots of a Motorweek review from the 80s, but it really is this clean. Even the factory floormats are untarnished! The seats sport a bitchin’ plaid print too, something that is sadly gone from modern cars outside of VW. The grey vinyl of the dashboard and red-letter gauges remind me of an X-Wing cockpit from the original Star Wars trilogy, which suits the Rebels Flight Suit Red exterior well.

The aftermarket Sanyo tape deck with matching graphic equalizer is one of the best looking era correct stereos I’ve ever seen in a Japanese nostalgic car, but those knobs look like they’re going to put an eye out.

You’d be mistaken to believe that afterthought of a dome light is aftermarket; it is actually a OEM piece and does a better job illuminating the interior than most dome lights cars of the era had. 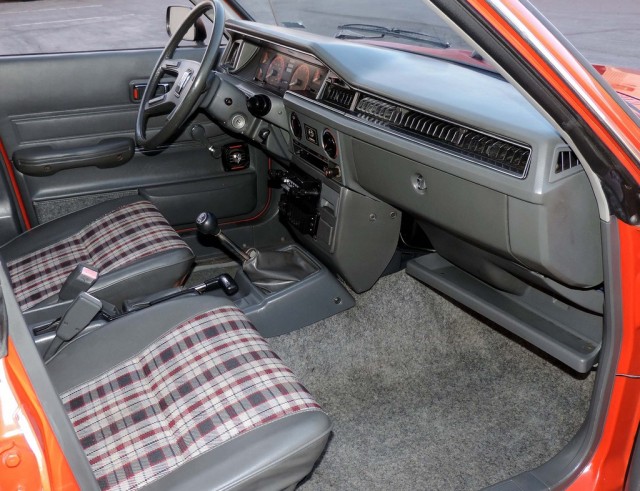 Had this been an automatic, it would have featured one of the biggest innovations of this generation of Subaru — the world’s first automatic push-button 4WD system, allowed by a wet hydraulic multi-plate clutch. However, this is a feature most of us here at JNC can live without since we’d rather slam the gears manually. 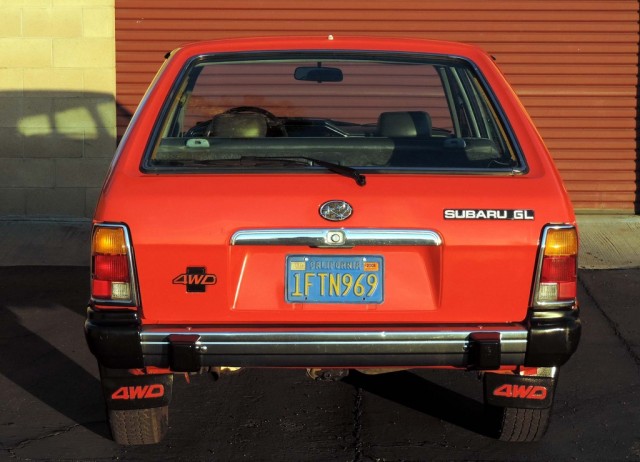 With an EA71 Subaru 1400 GL taking home the JNC Award last year at Japanese Classic Car Show, there is no reason to believe that these cars are any less collectible than a Toyota or Datsun. In fact, despite prices being relatively stagnant for the last five years, interest has been budding and now their low prices make for a great addition to any collection without breaking the bank. This one is going for $6,300 with 23 bids and reserve has not been met at the time of this writing. Bidding ends on February 8, so here’s your chance to grab it and park it next to your XT-6 or 2.5RS. See the auction on eBay

permalink.
This post is filed under: for sale, subaru and
tagged: EA81, kidney anyone, subaru, wagon.