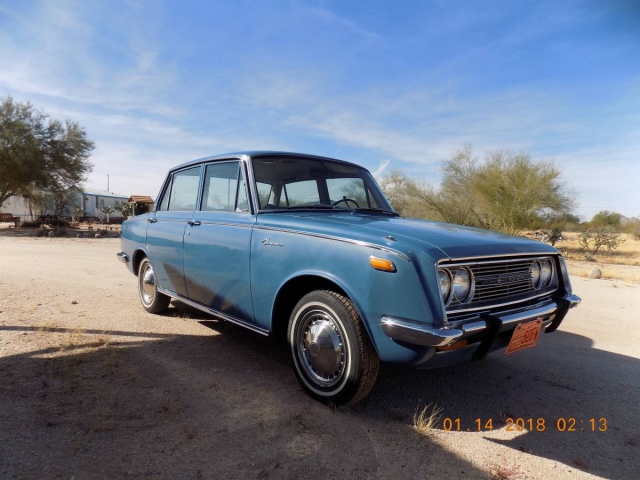 The RT40 Corona is easily one of the most underrated Toyota classics, which is why it was the subject of one of our illustrious Consider the Following articles. Given how instrumental it was for getting the Toyota name into the American lexicon and its beautiful of-the-era mid-century design, it is a wonder that they aren’t more sought after. Some days you can find a flawless manual coupe for $3,500 and other days it’s $15,000 for an automatic sedan in North Dakota that last saw the road during the Carter administration. Today, however, we have what appears to be one of the best preserved examples that we have had cross our desk recently. 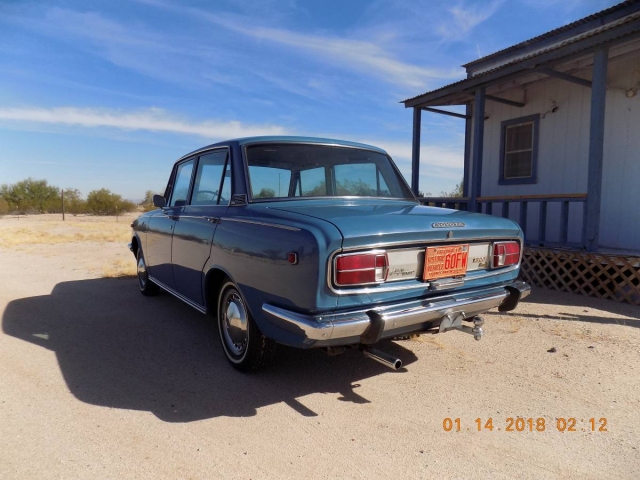 This 1968 Toyota Corona sedan, found on Craigslist Phoenix, was originally a Minnesota car but was brought down to Arizona prior to sale. It is a rarity for a car of this era to have been found in Minnesota at all. The body is said to be solid and the paint all original. According to the seller it has only been buffed once to bring out the color and hasn’t been touched otherwise to preserve the thickness of the paint. 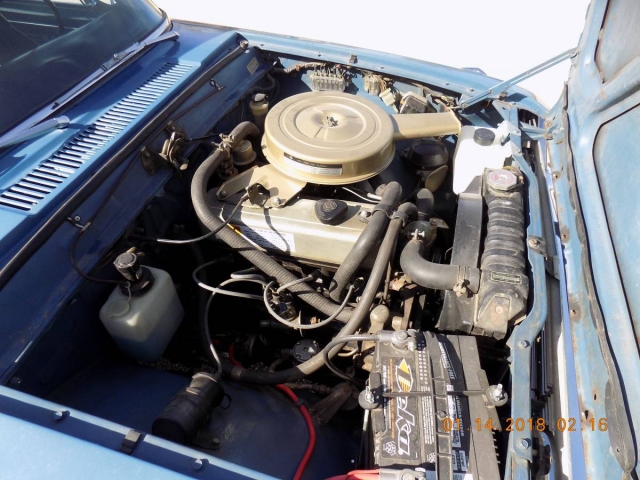 Under the hood the original 3-R engine has been apart to have hardened valve seats installed, a preventative measure against damage from unleaded gasoline. Per the seller’s description, “The engine looked like new inside.” Although the R-series engine is a stout little powerplant, finding one that is properly sorted can save the buyer from having to track down unobtanium parts. 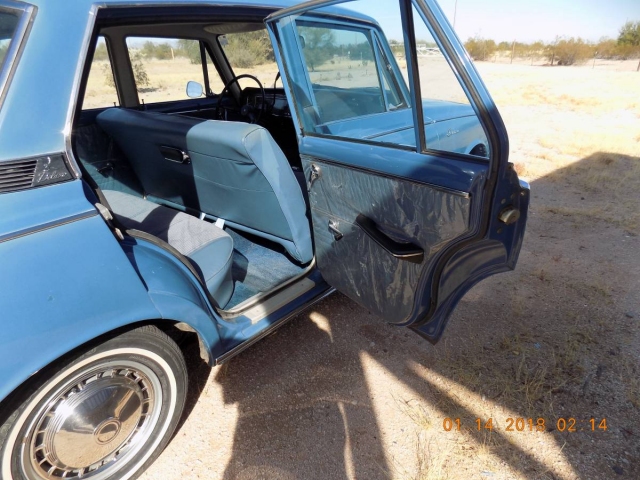 The interior is in fantastic condition with what appears to be the original plastic covers over the rear door inserts. The seller states that the cloth seats had deteriorated over time so he did have new inserts done at an upholstery shop. Contrary to what many think, Minnesota can be tough on interiors as it will be a dry -30° F in winter and a humid 100° F in summer. The seat inserts appear to be, if not perfectly accurate, at least era correct. 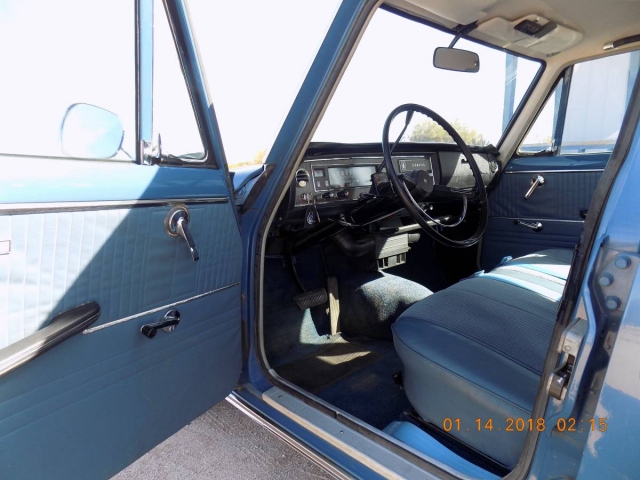 Looking inside the front half of the cabin we are greeted by an equally clean interior, although here we see that the plastic delivery covers are missing. The photograph does include the door latch, which is devoid of even surface rust, rather shocking given it’s previous climate. The transmission that the vehicle was equipped with appears to be a column shifted Toyoglide automatic. 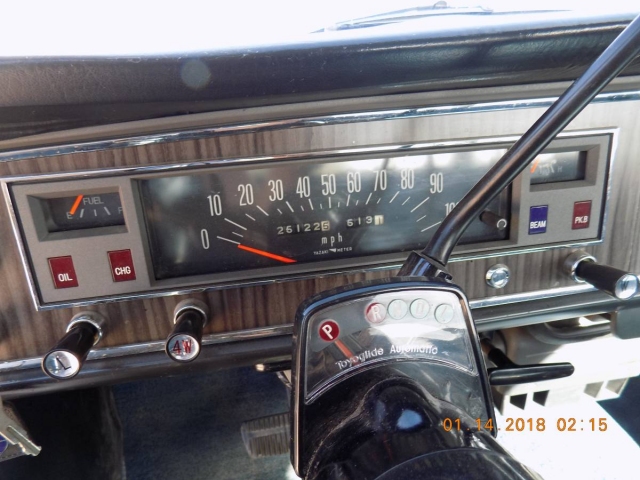 Although we would have preferred a third pedal for our shifting action, we would be remiss to say we were disappointed as the seller states that the shift selector lamp is actually functional. That is quite a rarity on these early automatic Toyotas. While we’re looking at the dashboard, the odometer appears to read 26,122.5 miles as of the photograph dated January 14th of 2018. The simulated wood grain bezel is also in remarkably good condition. 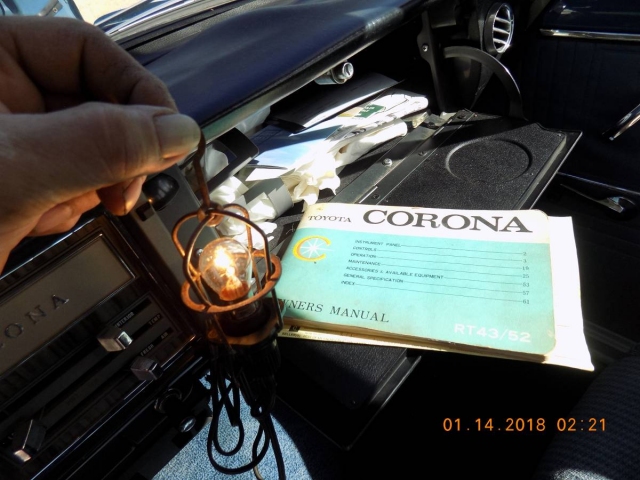 Not only is a large amount of the documentation included with the vehicle, the owner displays it with a functional trouble light illuminated. It has an oddly industrial appearance to the rest of the space age car. 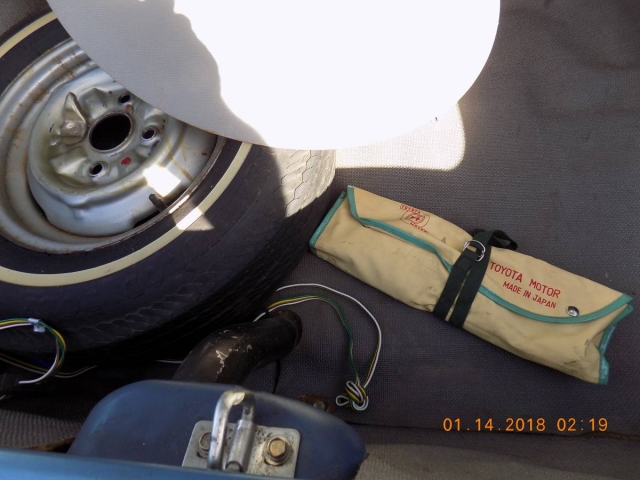 The original tool set is shown in the trunk with a pouch that is of museum quality. I would be genuinely surprised if the spare tire itself, if not original, isn’t at least 30 years old. There is some exposed wiring that appears to be aftermarket that is hanging out in the open, which does raise an eyebrow. 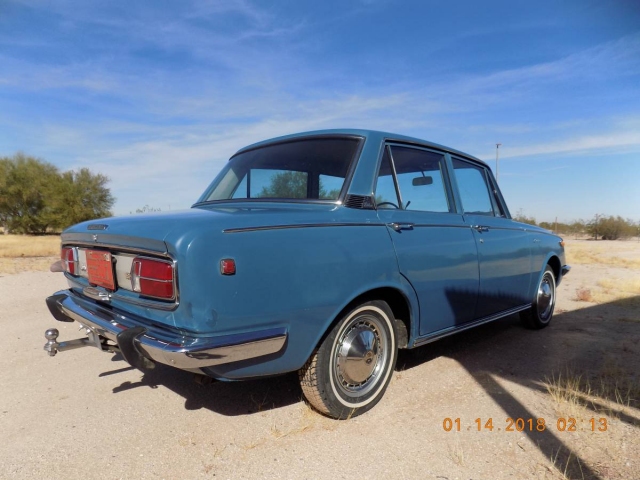 The wiring noted in the trunk may belong to the trailer hitch, but we can not confirm. There does appear to be some discoloration on the right rear corner, which should be inspected. From the photos it is not clear if it is just lighting or actual damage to the body of the car. Regardless of if it is just an odd reflection or a scuff, this car is still a fantastic survivor of a Corona. 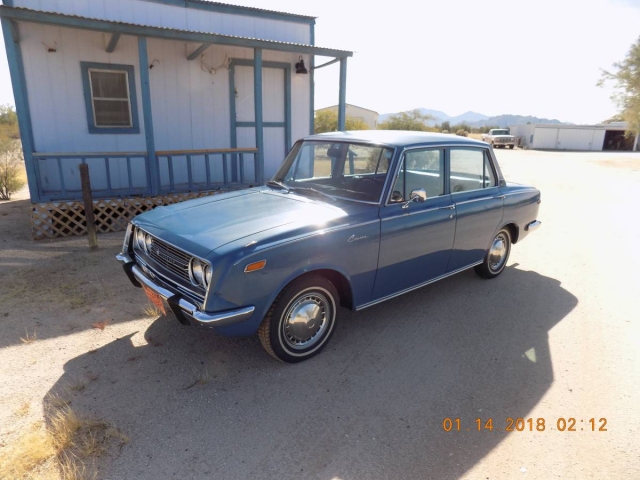 We certainly think this is a wonderful example of a Corona and can only hope that it goes to a good home. Although the $10,750 price tag seems on the top end of the scale for an RT40, if the car is as clean as it appears to be, the pricing would be in line with what you find in the North American market. See the ad on Craigslist Phoenix if you are interested in contacting the seller yourself.

If you do end up purchasing this car, let us know and we will send you a Japanese Nostalgic Car care package.

permalink.
This post is filed under: for sale and
tagged: barikan, corona, kidney anyone, t40, toyota.

6 Responses to Kidney, Anyone? A well preserved 1968 Toyota Corona