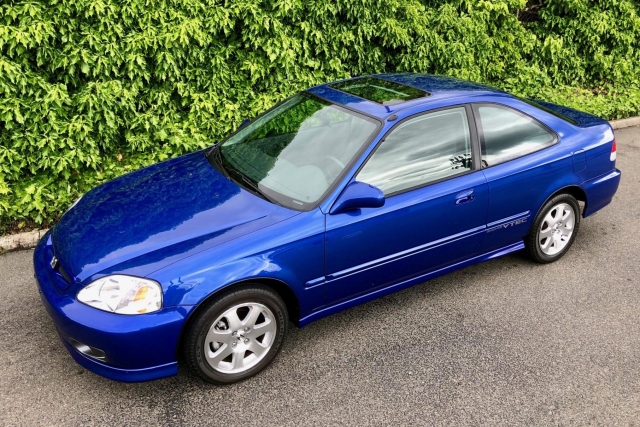 It was just a few short years ago that two low-mileage EM1 Honda Civic Si coupes sold for a just under $25,000. Turns out, that was an excellent investment because their values have just jumped up quite a bit. Today, another one sold for $50,000, and in fact, when you add on the auction fees, it actually adds up to $52,500. 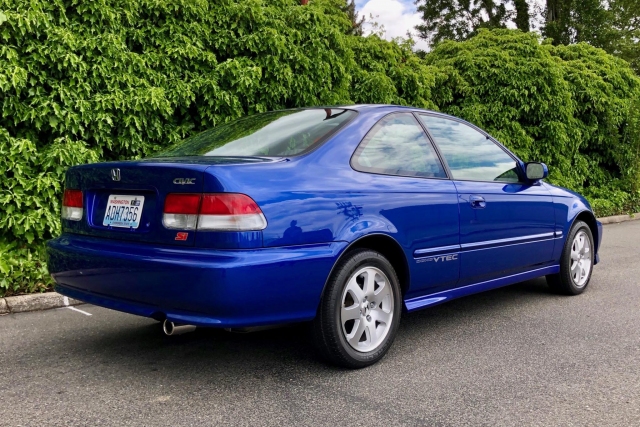 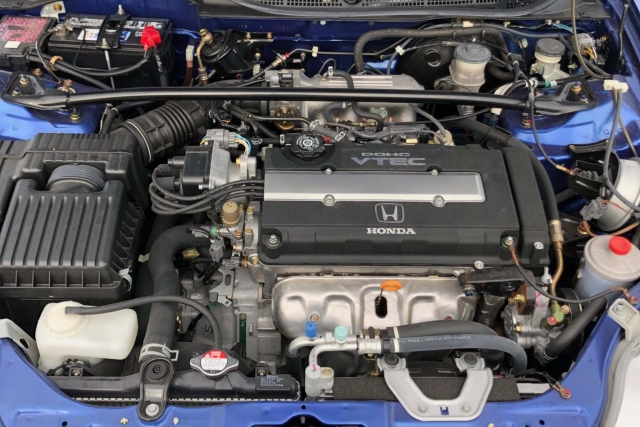 Now, two years later, another Electron Blue Pearl example has sold for $50,000, albeit one with just 5,600 miles on the odometer. Firstly, we can’t believe a privately owned Si with such low mileage actually exists. The two known owners’ willpowers must have been monumental to resist driving such an insanely fun car. 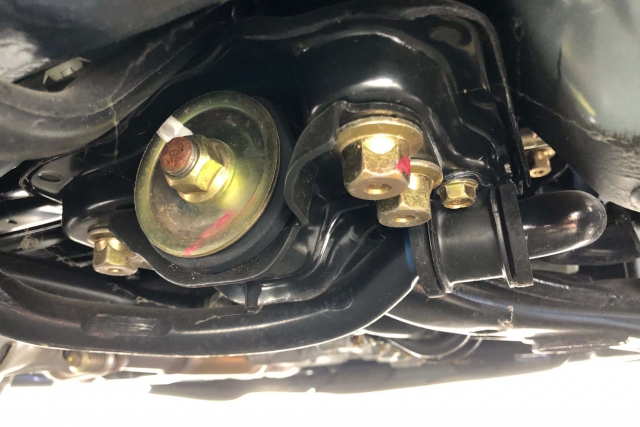 While this example’s mileage may be half that of the ones that sold in 2018, we don’t think that’s the sole reason this car went for double. The car is simply museum quality, with and engine bay and undercarriage that look like they came out of the showroom yesterday. Paints, coatings, and even factory markings show no sign of aging other than the occasional cobweb. 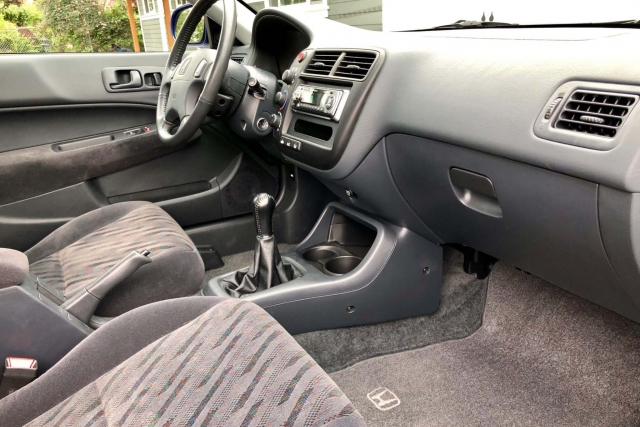 Its gray with oh-so-90s splashes of color upholstery looks practically unused. The only modifications from stock are a a Pioneer head unit, DC Sports rear lower tie bar, and optional foglights (which would have required applying a hole saw to the front bumper). 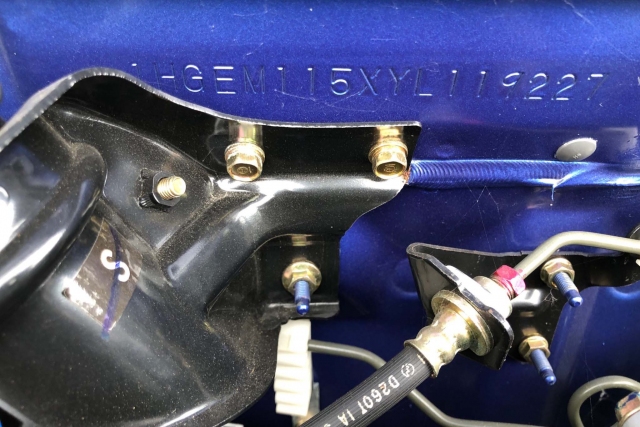 Other than those changes, it’s as mint as can be. And, as if it needed to be said, it is one of the very, very few in the world that wasn’t overly modified, wrecked, or stolen. 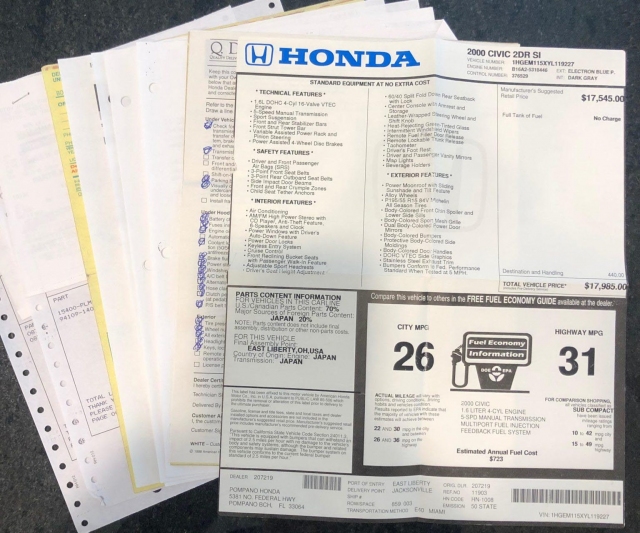 It also comes with the original windows sticker and partial documentation, showing that it cost $17,985 when new in 2000. That’s a 292 percent profit in twenty years, and it hasn’t even crossed the 25-year threshold to become an official classic yet, which means it’s not even eligible for historic plates in most states, or for classic car insurance. 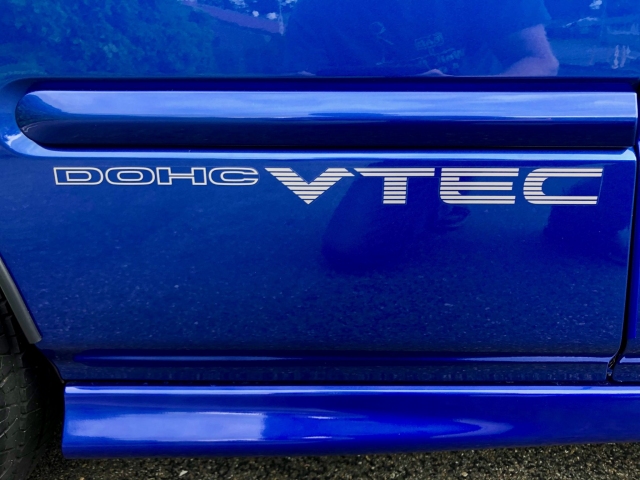 Personally, I’d rather have the one that sold in 2018. It would have to be the one in Electron Blue Pearl one though, as that was the only one of the three Si colors exclusive to the trim, and highly coveted back then. Even though the mileage is higher, it’s just slightly more stock. And technically, this 5,600-mile example isn’t the lowest-mileage one in existence. Back in 2018, we also drove a 200-mile specimen that belongs to Honda, and were instantly reminded of just how thrilling this machine is to drive, right out of the box, unencumbered by questionable mods and modern “by wire” technologies. 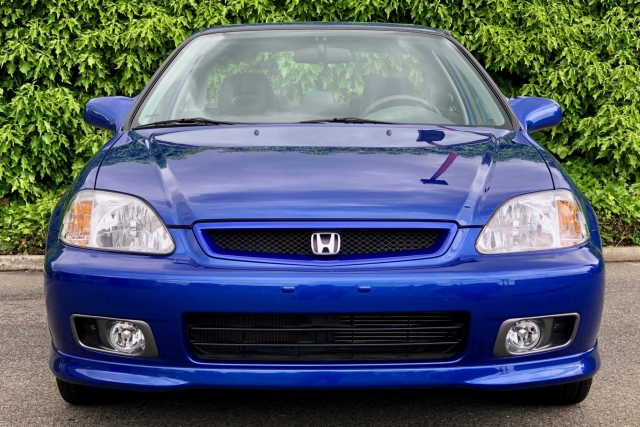 Regular readers won’t need to ask why a Honda Civic is worth so much. For the newcomers, this car was represented that glorious time in car culture when “import tuning” was at fever pitch in the US. Hondas were king. When the auction ended I messaged an old friend who bought one new in 1999, remarking on its astounding value. She reminded me of something I said back then, “I remember you were saying it would be like the Chevy Bel Air of our time.”  I’d forgotten I’d said that, but I guess I always knew it would become a valuable classic. I just didn’t expect it to be so soon.

permalink.
This post is filed under: marketwatch and
tagged: civic, EM1, honda.