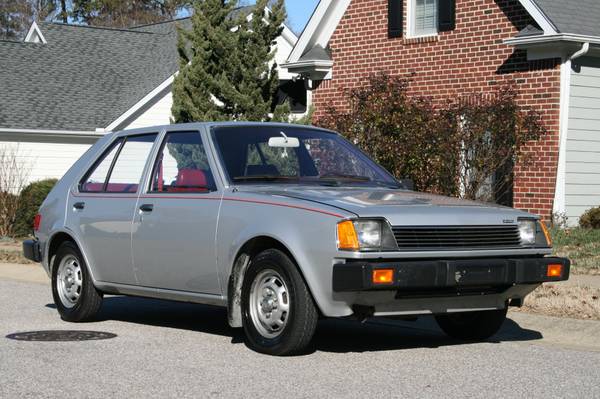 The Mitsubishi Mirage (aka Dodge Colt (aka Plymouth Champ)) has one of the most interesting transmissions ever built, with as many gear ratios as your first big kid and two shift levers poking out of the cabin floor like a split hair. And while this particular example offered for sale in Raleigh, North Carolina, is just a middle-of-the-road trim level that wasn’t particularly interesting back in the day (or arguably, even now), it is incredibly rare, and at 24,000 miles and change, quite mint. There’s gotta be someone out there that wants it, right? 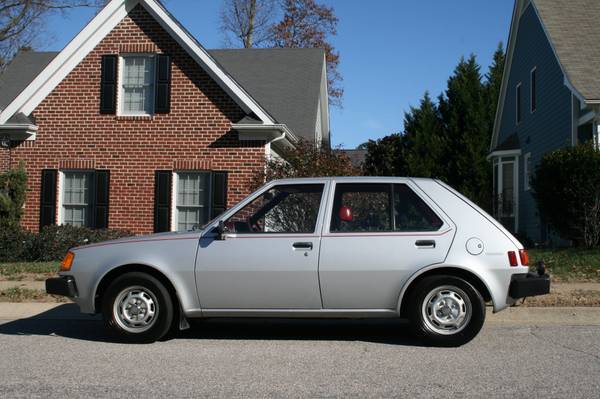 On Mitsubishi Mirages it was called the Super Shift. Dodge called it the Twin-Stick, but the concept was the same: Every gear in the 4-speed transmission ran through a 2-speed transfer case, essentially making it an 8-speed transmission plus two more in reverse!

Of course, it was impossible to go through all the gears in sequence unless you had three hands. What the 2-speed selector did then was let you choose between “economy” and “power” modes. What most drivers ended up doing was leaving it in power mode until you they got to cruising speed. 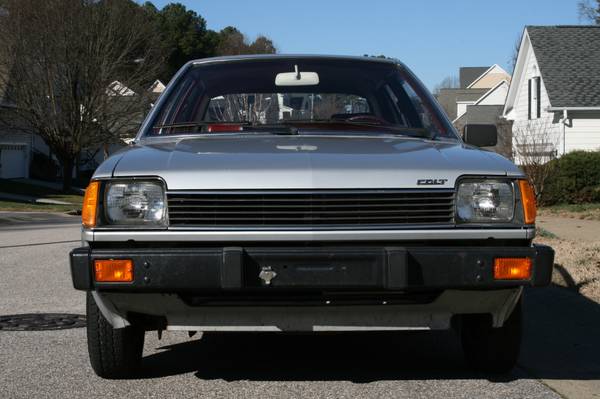 The funniest thing about the entire situation is that it was a hack job for the purposes of packaging and, crucially, getting the engine to spin in the proper direction, but the fuel saving gimmick was perfect for the post-1973 Oil Crisis fuel-saving mentality. Which makes it even funnier that someone bought a car marketed for its petrol thriftiness, but ended up putting only 24-something thousand miles on it over the course of 31 years. 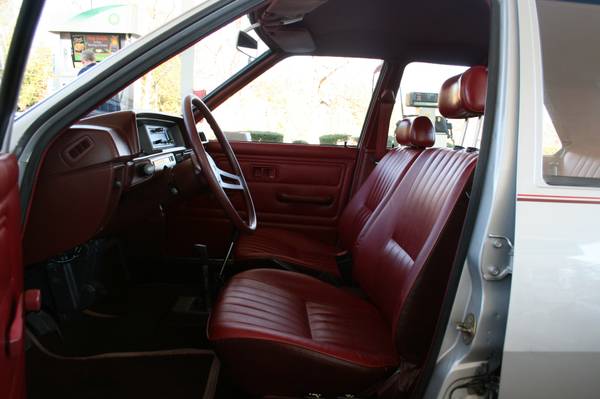 Well, his loss is your (or someone’s) gain, because what we have here is probably the cleanest 5-door example in the country. The seller says the paint is a “9.99 out of 10” original right down to the red stripe color matched to the dark crimson interior. There are no cracks on the upholstery, dash, or door panels, a rather amazing feat of preservation for a bargain basement vinyl interior.

Somewhere along the way, it also acquired an extra set of brake or rear fog lamps mounted to the rear bumper, and what appears to be a block heater hanging out of the nose, booger-like. 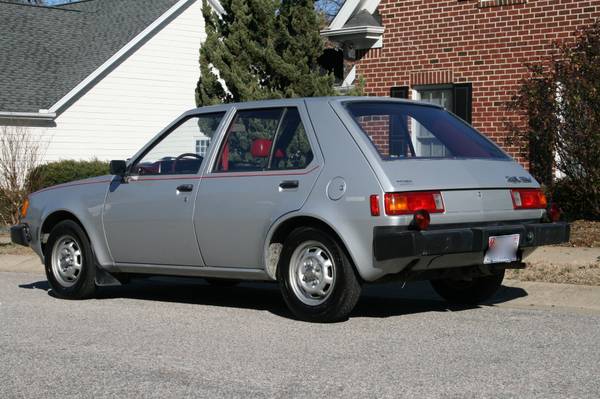 Alas, this is not the Colt GTS, the turbocharged hot hatch that put out an impressive 102hp for its day. Instead, it is probably equipped with the naturally aspirated 1.4L or 1.6L, good for either 70 and 80hp, respectively. Still, the seller claims he’s “clocked 89 mph on the highway” and achieved over 40 mpg, presumably not in the same run.

The ad has been live for about three weeks, an eternity on craigslist. At $5,000 the asking price is somewhat steep, but if a Super Shift is on your must-have list, where are you going to find another one this nice? View the ad here.