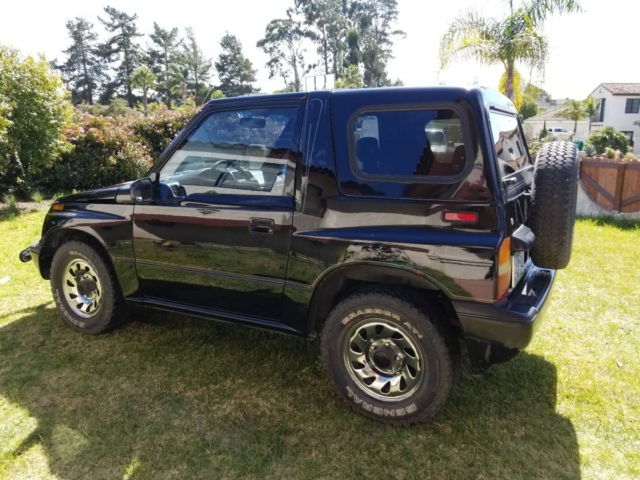 The Suzuki Sidekick hails from the waning days of the SUV golden age, before they all devolved into the rolling unibody mayonnaise jars we call crossovers. As a more civilized version of the Samurai, it was a truck admired by both off-road enthusiasts and mini-truckers alike. To the four-wheeling enthusiast, it was a cheap, small-bodied 4×4 that could punch far above it’s weight on a trail, and mini-truckers admired it for its simple, crisp lines and top-down aesthetic. 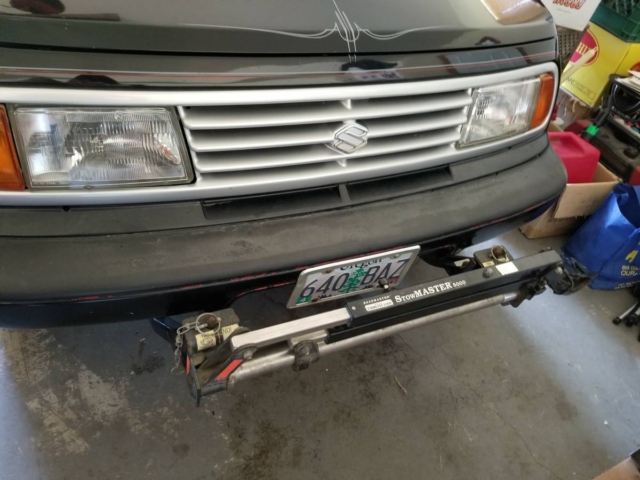 Today the majority of examples are either clapped-out mini-trucks that haven’t seen the road since Ja Rule had a job, or off-roaders that look like they fell down a canyon. The truck presented today does not fall in either category and is arguably one of the most desirable Sidekicks currently for private market sale in the country. It’s spent most of its life towed behind an RV, as evidenced by a removable tow bar. The front bumper has some pockmarking and the grille is mismatched, but it doesn’t seem to have the sandblasted front end paint aesthetic seen by most towed vehicles. 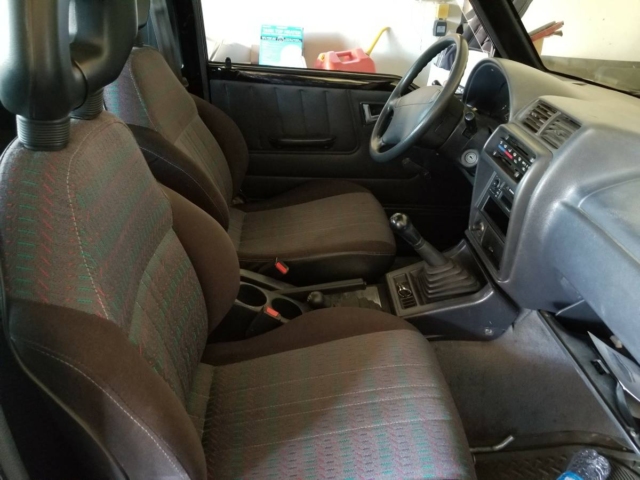 We can look past the minor chips in the front end due to the rest of the options list. The car has air con, manually operated 4-wheel-drive and a stick shift; a dying combination in this day in age. To boot, it’s all wrapped in a 2-door hardtop convertible package, the Sidekick’s purest form. The soft-top convertibles had a tendency to leak even when new, while 4-door models lacked the wind-in-your-hair factor. Also, you can’t deny how radical its teal, pink, and grey striped interior is. 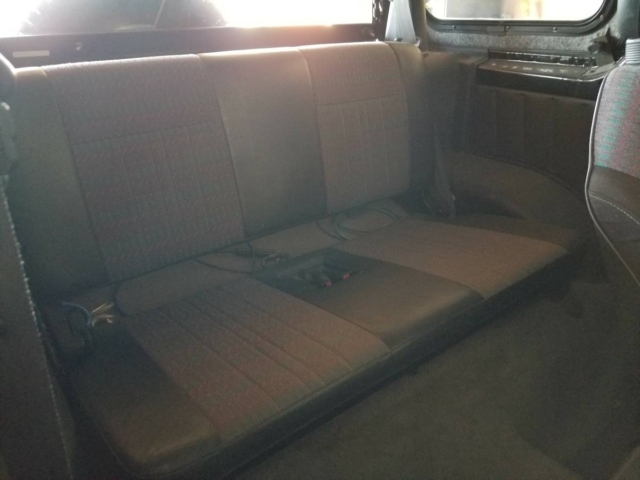 The rear interior also appears to be in exceptional condition. Often these are ditched for weight reduction, beaten by hauling cargo, or otherwise damaged. Having traveled in the back of a Sidekick as a teenager, I can attest to the comfort of the back seat despite how it looks. 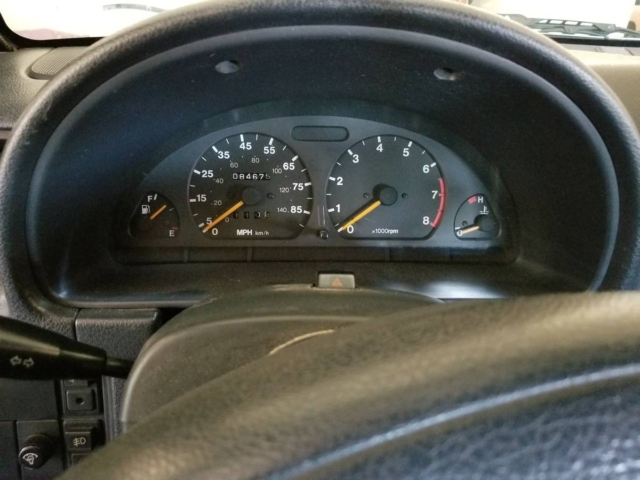 As this is not a Sidekick Sport, it would likely be equipped with the 95-horsepower G16B 16-valve 1.6-liter 4-cylinder. A 120-horse 1.8-liter J18 should fit with minor modification, if that is your preference. This engine should be quite healthy due to its recent replacement of the head gasket, timing belt and water pump. The seller states that it has received a fresh clutch as well. 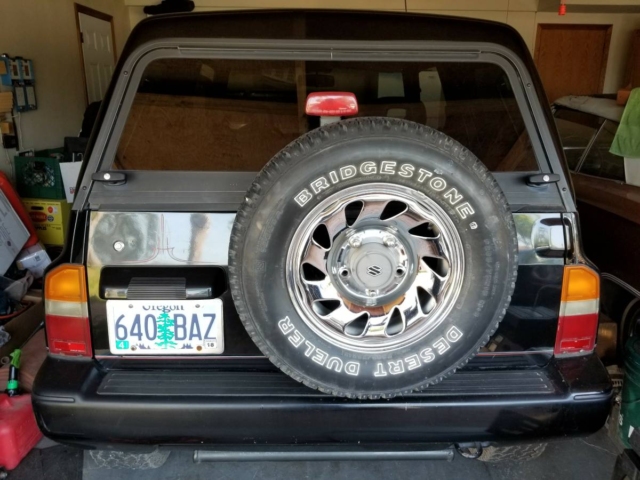 The rear end of the Sidekick 2-door is one of the best in all of SUV history, and this particular unit perfectly exemplifies the statement. The offset spare tire and low mounted tail lights make the truck look rugged yet livable. The chrome wheels and pinstriping add a oh-so-90s allure to the car that will make you nostalgic for a time when “surfin’ the web” was a magical new frontier. 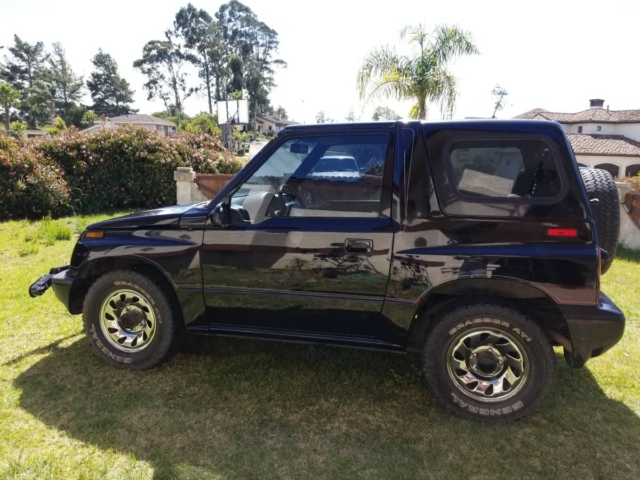 If the factory box flares of has your interest piqued, it can be yours for $4,500. I discovered it in my own personal search for a Sidekick but its in too pristine a condition to subject to Minnesota winters, and hopefully we can find it a good home. As always, these ads must be taken with a grain of salt. It could be a disaster on the passenger side since there are no pictures and years of towing might have caused undocumented wear on the driveline and suspension but I highly doubt that it is anything less than advertised. Find it on Craigslist San Luis Obispo.

permalink.
This post is filed under: for sale and
tagged: escudo, kidney anyone, Sidekick, suzuki.