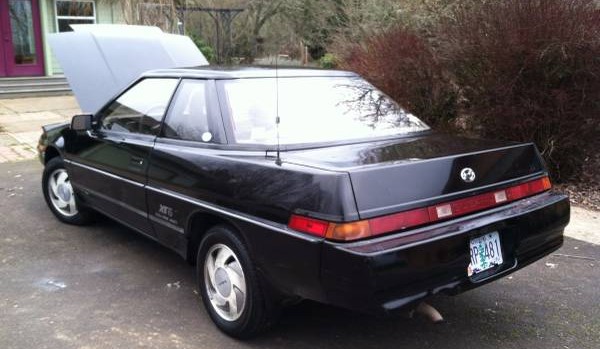 So far 2016 seems to be the year that great nostalgic Subarus are showing up everywhere. If the optimism of 80s Synthwave music were to ever appear in a physical form, this 1988 Subaru XT6 would be it. For $3,500 it may not require an entire kidney, but you might have to punch someone in the kidneys to grab it. 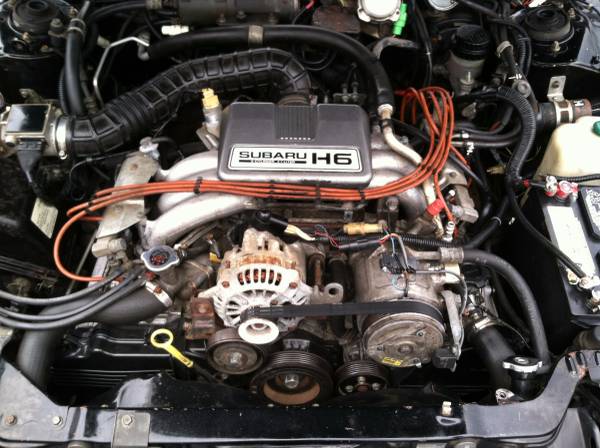 When it was released in 1985, it came sporting the same EA82 flat-4 found in all Subarus of the era. The original engine was great for the standard wagons and sedans but, in the sports car market, against six-cylinder Supras and Zs, even the turbocharged engine was woefully underpowered. So in 1988, Fuji Heavy Industries released the XT6, sporting a 150-horsepower 2.7-liter flat-6, which put it right on par with its competitors thanks to its 2,200-pound curb weight. 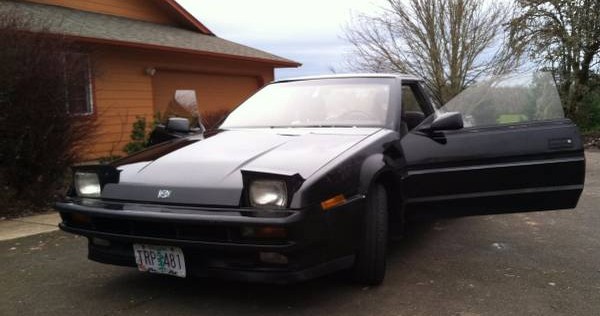 The noise this engine makes is second to none. Imagine a Subaru rumble combined with air-cooled 911, and that’s the sound you get. What made it stand out from the Supra and 300ZX however, was the full-time 4WD system, which helped greatly with power delivery off the line and in the handling department. 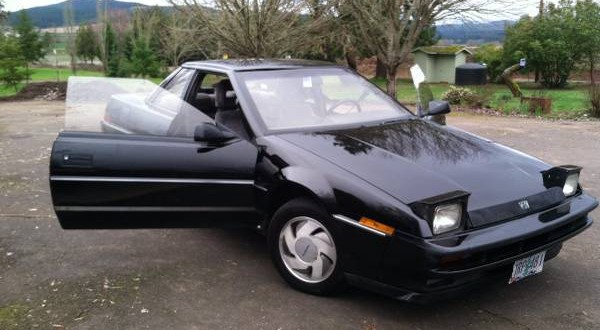 Originally, the XT chassis came equipped with air suspension, which improved the ride but was prone to leaking later on in life. The current owner has swapped it to standard coil springs, which is great for practicality. If the non-originality of coil springs bothers you, the original air suspension systems can be found floating around occasionally on Subaru forums, but I wouldn’t recommend it.

Another huge plus to the XT6 over older XT models is the addition of 5×100 lug pattern hubs, as opposed to the old 4×140 lug pattern. This improves greatly the chances of finding aftermarket wheels, which previously stood at impossible. 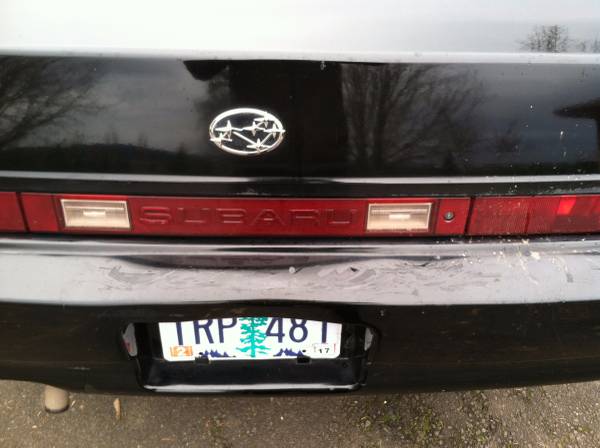 This Oregon example is in surprisingly good condition, as these cars more often than not fell into a state of disrepair and would rust away if left unattended for any period of time. The owner states only minor blemishes can be found, namely cracking of the rear bumper and some peeling on the clear coat. 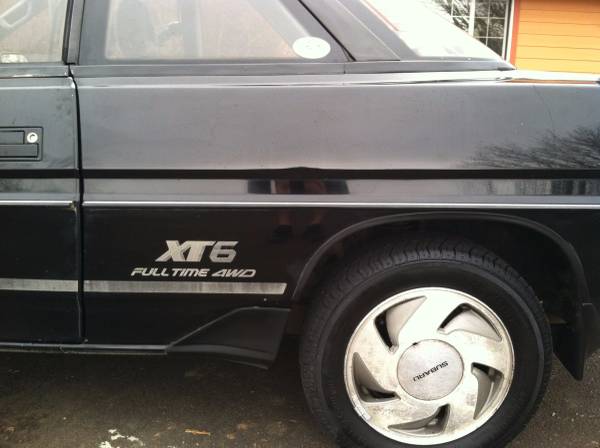 What is surprising to me, however, is the condition of the original wheels. Generally, they can be found either extremely oxidized or painted with a poor coat of spray paint. The rear bumper isn’t much to fret about, as the owner also has a donor car which can be used to complete a full restoration.

Inside the car, the interior is surprisingly clean. The only blemish appears to be a crack on the dashboard. Possibly the donor car can provide this as well. The door panels boast copious use of tweed and there’s a great velour finish to the seats. Very 80s. The XT models also had much sportier seating, with large side bolsters and a myriad of adjustment possibilities. It is a crime that this car was never used in Miami Vice.

Although not very well photographed, the XT features an odd, right-angle steering wheel consisting of two spokes in an L shape. The rest of the console was based off the the Fuji Heavy Industry military training aircraft made of the same era, with almost all of the interior controls being within reach of the drivers hands while keeping hold of the steering wheel. Even the gear selector resembled the joystick of a fighter plane. Note that the car is still equipped with the original tape deck and graphic equalizer, which sounds relatively good compared to many other cars of the era.

Unfortunately by the time the XT6 came to the stage, its original competitors had moved on with the turbocharged MA70 Supra and the kouki 300ZX turbo. Despite this Subaru XT6 was either put at the bottom of the full-blown performance car category alongside such as the 300ZX, Supra, and RX-7, or at the top of compact sports car class with the AW11 MR2, Integra, and Celica All-Trac. It boasted larger interior space than the AW11 MR2 and a better performance-per-dollar price point than the Celica All-Trac. If Subaru had put this car into more motorsports during this era, collectors would be singing its praises today.

The Subaru XT6 is a great addition for any collector attempting to complete a collection of Bubble Era sports cars, or a Subaru enthusiast looking for a great restoration project. Or, if a resto-mod is more your style, like other EA82 chassis Subarus it also has its engine mounts positioned to easily accept modern Subaru engines.

The value of these have been pretty stagnant historically but with the recent deluge of quality classic Subarus hitting the market, interest is gaining and I wouldn’t be surprised if there was a spike in value in the coming years. If you long for a 4WD, boxer-engined Bubble Era sports car to add to your garage, check out the craigslist ad right here.

permalink.
This post is filed under: for sale and
tagged: alcyone, kidney anyone, subaru, xt, xt6.