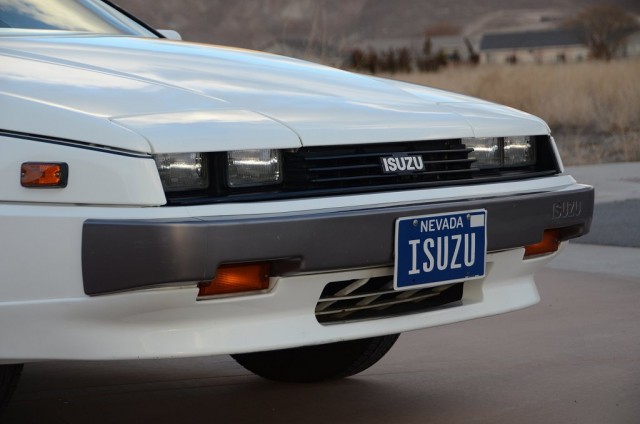 Today’s Kidney Car is a sad one, because it belongs to our dear friend Bart Wilkus, JNC contributor and master of all things Isuzu.

How does one even begin to write a “Kidney, Anyone?” for their own car? I guess I’ll start by stating the honest truth: I don’t want to sell my Impulse. I don’t even need to sell my Impulse. But time is short, money is hard earned, and space is at a premium. Such is life I guess, and we all have to make sacrifices from time to time. So here it is. 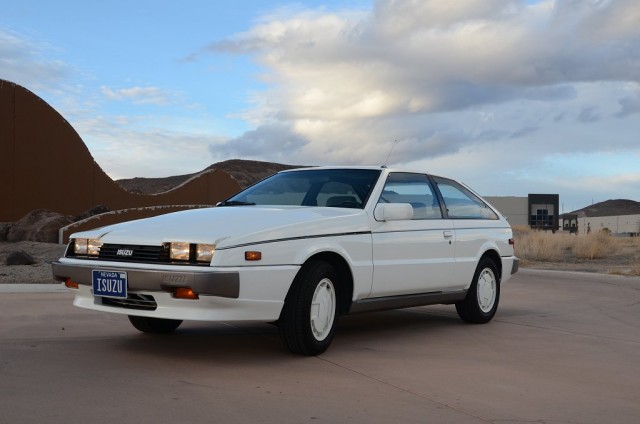 The gen one Isuzu Impulse (JR) is a seminal car. It fully embodies the decade from whence it came, which represents a time when Japanese automobile makers were trying hard to break away from the stigma that Japanese cars were just cheap, throw-away tools.  And for a company like Isuzu, this was their first real fashion statement in the United States. 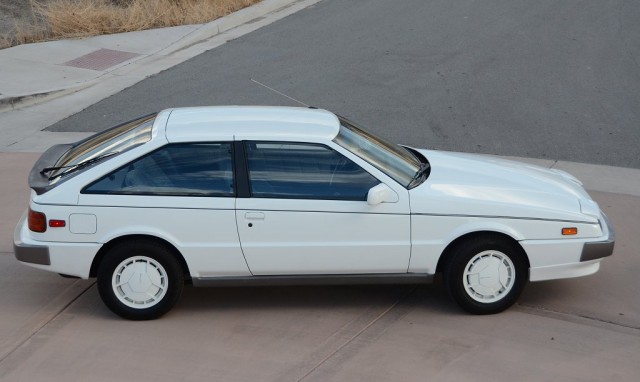 Prior to the Impulse’s release stateside in 1983, there were only two Isuzu badged passenger cars rolling on American streets: the ho-hum diesel I-Mark and the Isuzu Bellel (which hardly counts due to exceedingly low import numbers). So naturally, a car penned by the legendary head of Italdesign, Giorgetto Giugiaro, garnered lots of attention upon its release. 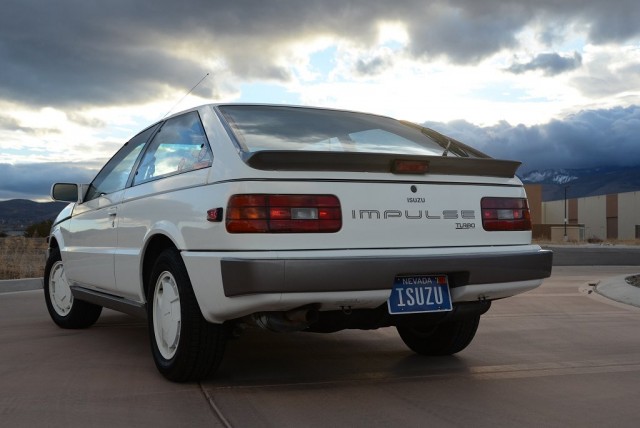 But aside from its sleek styling, the Impulse got off to a slow start, literally. So in 1985, Isuzu released the first turbocharged Impulse, with an array of silly, but classic Joe Isuzu commercials to follow in years to come. 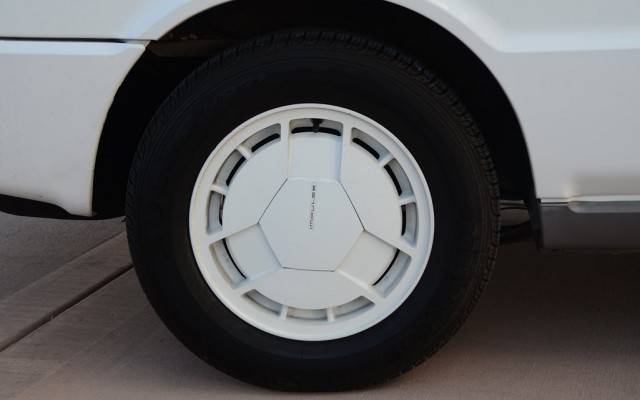 In 1987, a special edition Impulse RS Turbo edition was released to mark the end of the original body style of the JR. The special edition came in all white, with pewter colored bumpers and trim pieces. White powder-coated wheels were added to complete the look, and the interior was outfitted in a special grey tweed fabric. 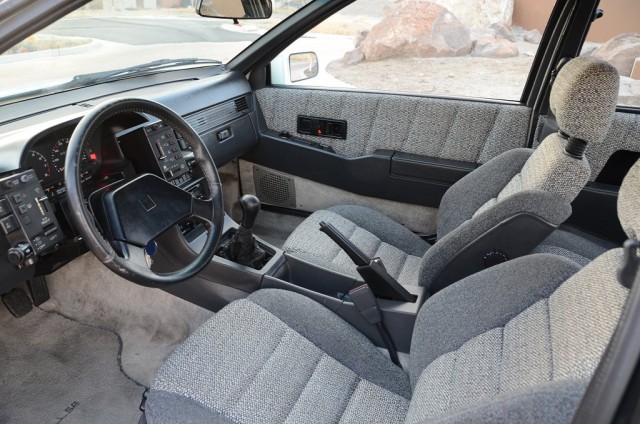 I am the second owner of my 1987 Impulse RS Special Edition. The car spent most of its early life garage kept in dry Arizona before I bought it in August of 2010 and moved it to to sunny Reno where it still lives today. So naturally, this car has absolutely no rust, but Earth’s star has taken its toll on the bumpers and spoiler and some of the interior plastic parts have become quite brittle. 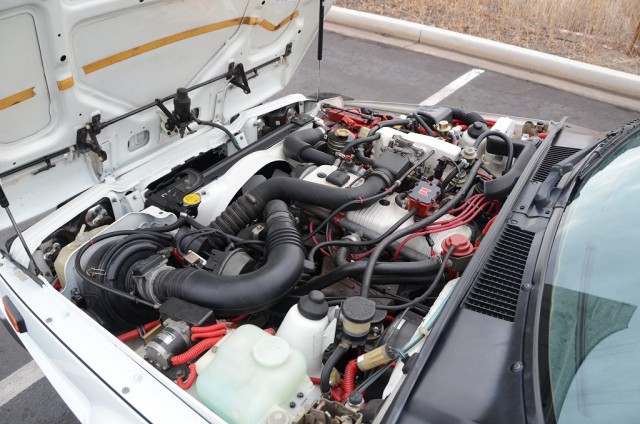 After I took ownership, it was obvious that the car had sat for a while, and needed a full mechanical refresh. The motor was pulled, professionally cleaned, checked and resealed using all OEM gaskets by a local machine shop here in Reno. The engine bay was thoroughly cleaned, and I replaced as many parts as I could with NOS OEM bits. The turbo was swapped with a professionally remanufacuted OEM IHI unit, and a full set of NOS OEM fuel injectors were also installed. It took two years of hard work and parts scrounging before the car was ultimately back together in 2012. 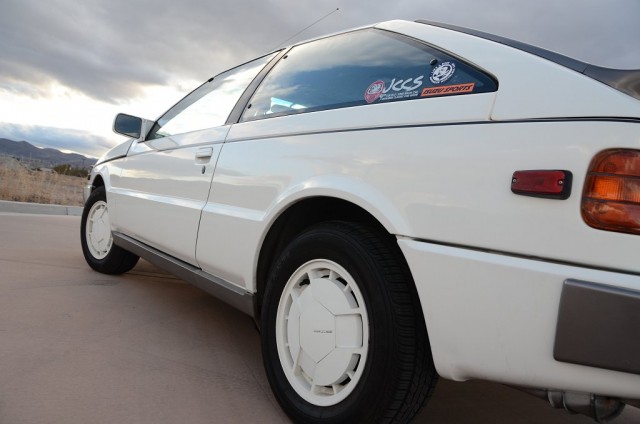 After she was back on the road, I entered the car into the 9th Annual Japanese Classic Car Show where it took home the Neo Classic Magazine Award. Subsequently, the car went on to be featured in issue #107 of Hemmings Sports & Exotic Car. 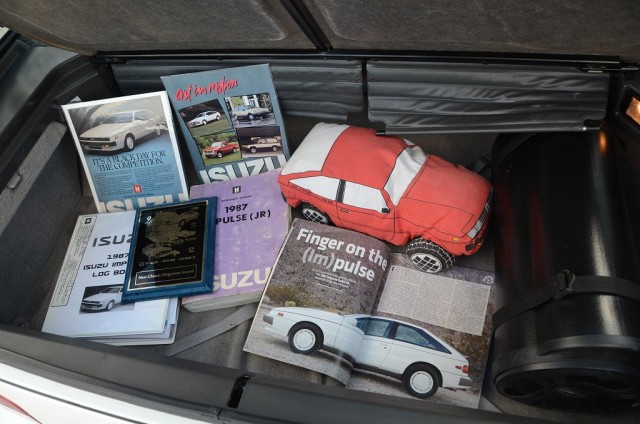 And now it’s here on eBay

, looking for a new steward to look after it carefully. I have a reserve set on it that reflects what I can stomach to see her go for. Only time will tell.

Full Disclosure: JNC is now an eBay affiliate; when you click on an eBay link from JNC, the site gets a cut of the proceeds from whatever you buy.