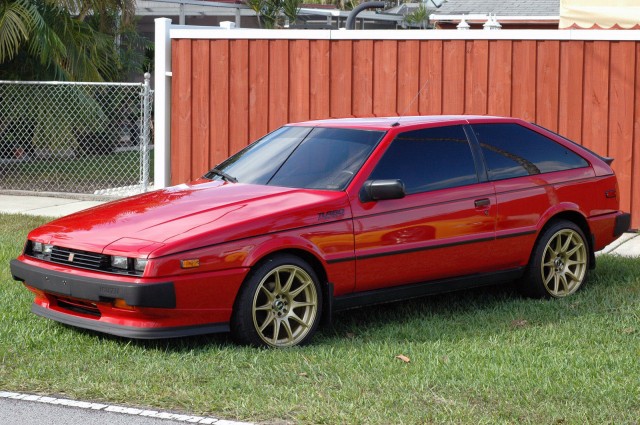 We all know the level of difficulty involved in tracking down relatively unmolested AE86s and S13s, but for chasers of really rare plastic-bumper nostalgics, there’s even bigger game to hunt: the first-gen Isuzu Impulse. As ubiquitous as this car seemed in the 1980s — when the buff books were heavy with praise for its tasty Giugaro styling (and later turbocharged power and Lotus-tuned handling) — nowadays it’s nearly impossible to find even ratty examples for sale. Search the web for information regarding parts availability, and you’ll find one word repeated ad nauseum to describe the Impulse: “extinct.”

That’s why the appearance of this 1986 Impulse Turbo on eBay over the weekend was such a shock. Here we have a highly desirable three-pedal turbo with an alleged 16,000 original miles. The present owner has added a few personal touches, such as a lowering kit, chin spoiler and big shiny gold rims, but he’s careful to point out no fewer than three times that all modifications are reversible.

So, how exactly did a car that is “fun to slice and dice through flowing traffic” escape with only 16,000 miles after 28 years on this planet? Perhaps it didn’t: there is an awful lot of wear-and-tear on the passenger seat leather for such limited use, and anyway, Isuzu vendors are not exactly known for their veracity.  Still, this Impulse has a lot of eye appeal in spite of a few flaws, and anyway, where are you going to find another one? 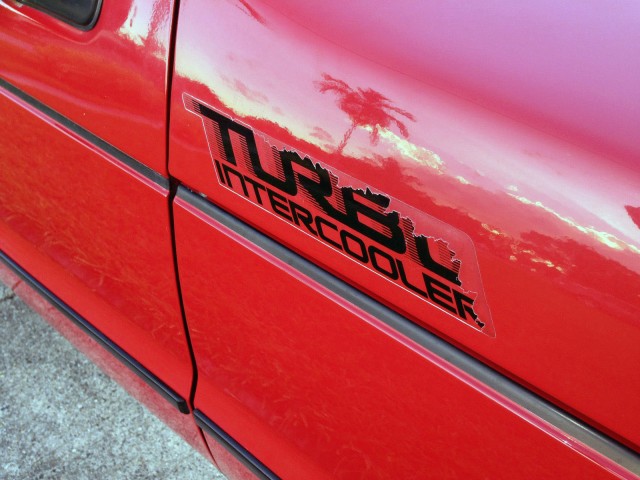 As of Tuesday morning, bidding had stalled at $3,700 with reserve not met. It’s doubtful that the final price will approach the somewhat baffling $8,500 ask of the last Impulse featured here perhaps at half that figure, this could be just the car for the brave iconoclast for whom an RA64 Celica is just too common. Check out the auction on eBay.