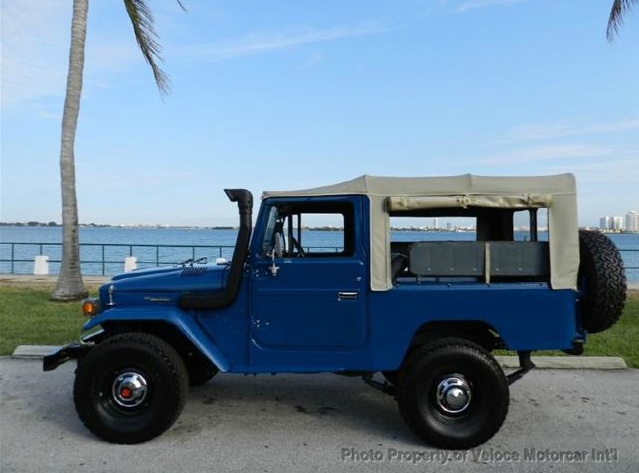 The FJ43 Toyota Land Cruiser was sold, at least in our hemisphere, in South America. The Bandeirante, as it was called by locals, split the difference between the FJ40 (90 inch) and the long-chassis FJ45 (105 inch) with a 96-inch wheelbase and is considered one of the rarest Cruisers in the US. That’s why the sale is pending at $69,700. 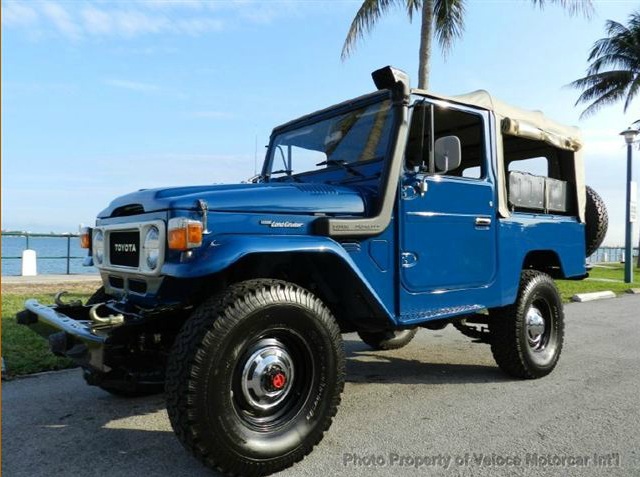 FJs are almost always thoroughly worked to the bone, particularly in the vast rural areas of South America. One in the advertised condition of one-owner and always kept in a climate-controlled environment is obviously a pretty amazing claim. Some sources say that FJ43s came only diesel-equipped after 1974, but according to some South American members of Land Cruiser site IH8Mud, diesel was difficult to find in rural areas and so FJs continued on with the 2F petrol motor found in this 1984 example. You can see more photos of this truck at its auction listing.

permalink.
This post is filed under: for sale, toyota and
tagged: fj40, fj43, fj45, kidney anyone, land cruiser, toyota.