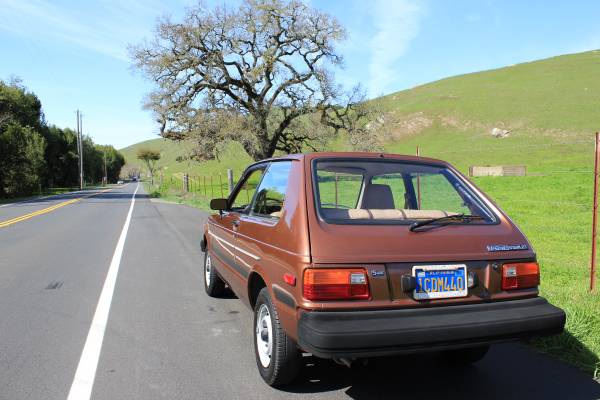 Often clad in faded paint, plenty of rust, and maybe an oil-caked zombie of an engine, those KP61 Toyota Starlets which that aren’t being abused by a teenager with dreams of being Daigo Saito are usually on Craigslist halfway through a restomod. However, this car has never been restored and has few enough miles to be within the requirements of Toyota’s warranty policy if it wasn’t 34 years old.

At 53,000 miles, this fine specimen of Toyota’s RWD hot-hatch is cleaner than anyone could expect. Besides some minor wear and tear to the interior that happens to any Toyota prior to the mid-80s, it is in great condition. A basic reupholstering to the seat covers, some minor PDR and cleaning up the glazing on the interior plastics in the back will have it up to 100% perfect factory spec.

The owner reports in great detail that every option in the car works perfectly, all the way down to the factory A/C, which admittedly has gotten a bit weak in later years. A recharge of the original R12 (in regions where it is legal) will get that right back up to OEM spec though. Mechanically the struts are a little weak but he has quality replacements ready to go in as well. 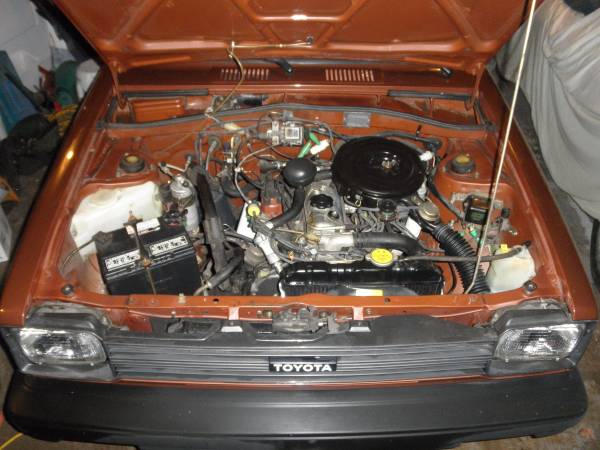 The engine is reportedly leak free and the valve lash has always been on point, so no need to worry about internal engine damage. Beyond a K&N filter and an Interstate battery, it is all new old stock (NOS) parts or the highest quality replacements available on this car. Even the muffler is an original Toyota piece, which is very hard to find since even modern Japanese exhaust systems in northern climes  are more prone to rust than the Titanic.

The owner has elected to use Redline fluids for the transmission and rear diff, which are a great choice for keeping the driveline sorted out and distinctly not puked out on the road beneath the car.

Besides a few dings, the paint and bodywork is all original and in good condition, which is definitely the result of the mild northern California climate combined with a lifetime of protective waxing and garage parking. Not to mention that it’s the most era-appropriate color you can find, the 1981-only Copper Metallic. If you want what is probably the best KP61 in existence look no further because this can be yours for just $4500.

permalink.
This post is filed under: for sale and
tagged: kidney anyone, kp61, starlet, toyota.