Posted on September 3, 2015 by Ryan Senensky 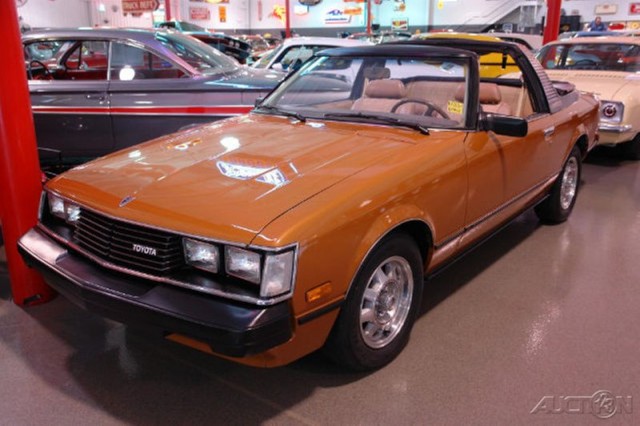 Go grab your Gerry Rafferty cassette and your turtle neck because this week’s Kidney Car is the closest thing to a yacht rock poster car Toyota ever made: the 1980 Toyota Celica Sunchaser. From 1979 to 1981 Toyota commissioned the Griffith Company to create 500 convertible Celicas for the American market. Griffith took it one step further creating a car that was both a full convertible and a targa top. 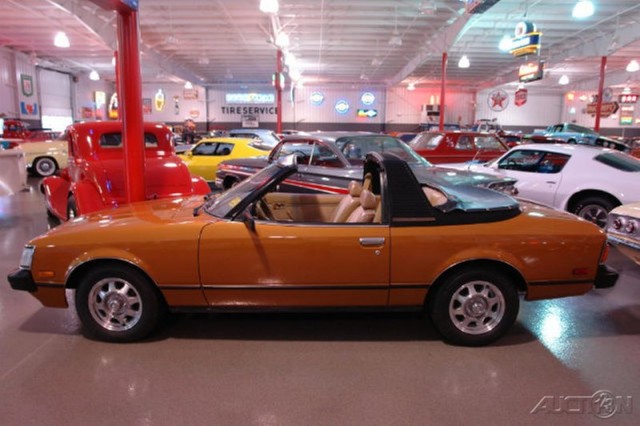 This particular example has had a restoration that includes a fresh era correct copper paint job and refinished factory wheels. These are hard enough to find, much less in any condition any better than “forgotten behind a dumpster and home to no less than 5 species of mold.”

Speaking of which, not only is the interior mold-free but actually in as good if not slightly better condition than when it left Griffith. Although details are vague, it appears that the convertible top has also been refinished, so you don’t have to deal with leaks poorly hidden behind black duct tape or a yellowed rear window. The rear plastic trim is a bit discolored but the plastic used by Griffith wasn’t a perfect match, so there is nothing to fear regarding cheap replacement parts being used to cut corners after the fact. 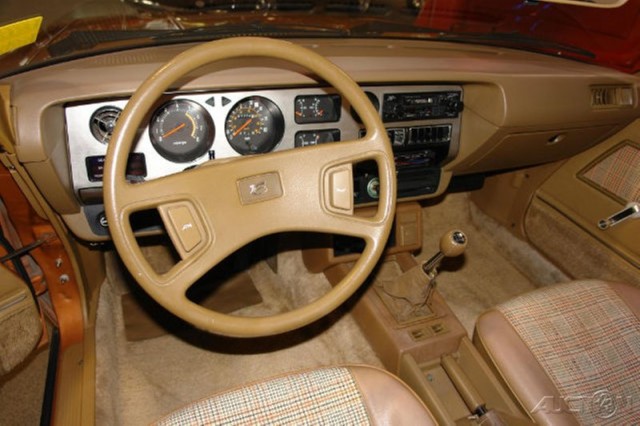 The interior in the front is just as clean. Even the 80s-era Toyota shift boot is in solid condition, which is always a problem and probably left the factory ripped to pieces. I really love the plaid interior accents. Why don’t more cars today have plaid interiors? 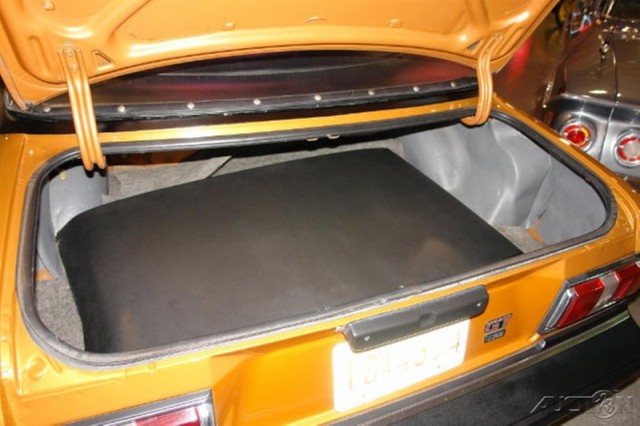 Do you also remember when storing the convertible hard top took up your whole trunk and made it impossible to fit anything else into it? Well, Pepperidge Farm remembers. The trunk interior is surprisingly wear free, which is astonishing since most early-80s Toyotas trunks are oil and mold-caked from decades of abuse.

All of the original literature is included with the car, even the 1980 issue of Motor Trend featuring a Sunchaser on the cover and including what I can only imagine is a riveting piece on malaise era American luxury cars. Noted along with the paper work is the official Sunchaser Conversion ID Number, #290. It is amazing that the original ID sticker remains in such good condition.

Not only is the gauge cluster and accompanying bezel scuff- and fade-free, but it is also showing the original, freakishly low 57,774 miles. Note the 55 mph light on the dashboard, which is a pretty cool throw back to the dark ages of iron-fisted enforcement of of the double nickel throughout the country. 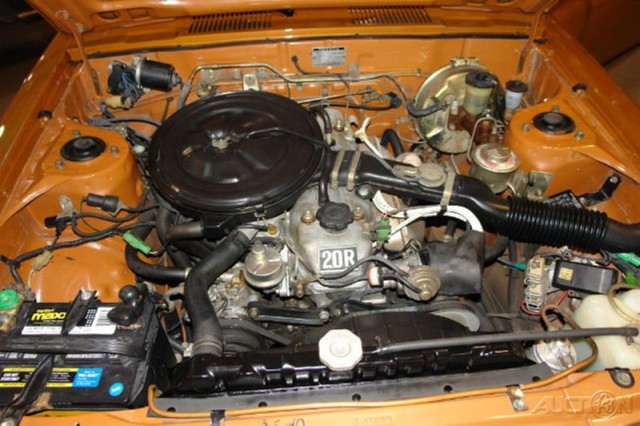 The engine bay is perfectly clean as well, to complete the look. Unlike most 20R/22R engines seen these days, it has not hemorrhaged oil from every gasket. But more importantly than that is all of the original zinc plating found here. So often restorations opt for painting or polishing parts that really should be zinc-plated. Either that, or the original parts have rusted over time. 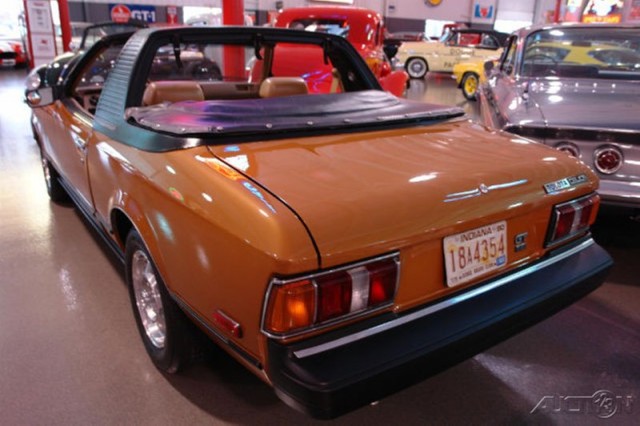 When collecting a car the rule of thumb is to get the rarest model, with the best engine and a manual transmission, and this car ticks all those boxes. Who knows, maybe in 20 years these will be taking home Best of Show in their classes at Concours D’Elegance. But until then, if you would like cruising with your hair in the wind and Genesis in your tape deck,  you can do it right by bidding on this car here

permalink.
This post is filed under: for sale and
tagged: a40, celica, kidney anyone, sunchaser, toyota.