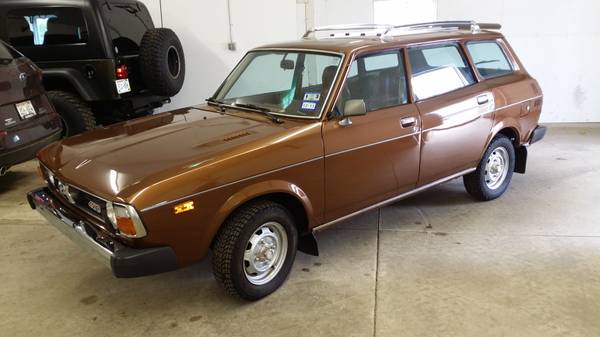 After a series of seriously expensive kidney candidates ranging from a Fairlady Z432 to the entire Toyota campus, it’s high time we offer something for the proletariat. Seen on Craigslist Milwaukee is a 1979 Subaru DL Wagon, a perfect candidate at just $7,500. It’s a wonder that this auto journalist’s wet dream hasn’t been blown up by every car website on the internet. After all, it’s brown, manual, a wagon, has an unconventional engine, and 4WD. 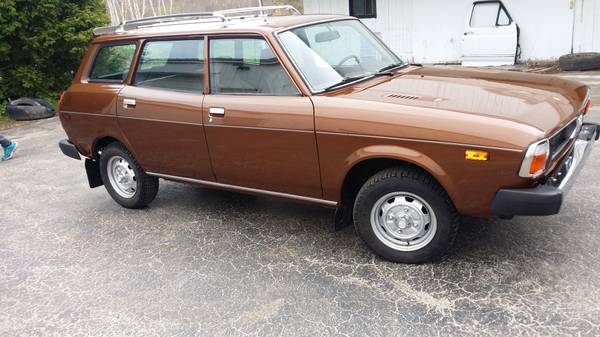 The 70s is strong with this one, its body lines accentuated by organic curves and an out-of-place dip in the beltline right where the B-pillar sits. It’s so of-the-era, especially with that brown-on-tan color scheme. Images of shuttling adolescents to KISS concerts or Dungeons & Dragons night at the local comics store come to mind. I can only imagine the original owner being Red Forman having replaced his Vista Cruiser with one of these dang imported cars because he’s finally accepted that American malaise was here to stay. 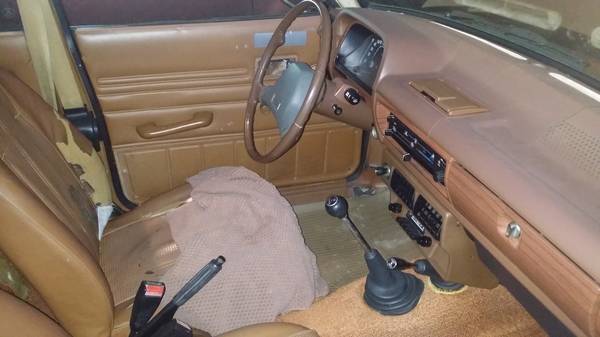 It seems the driver’s seat has lived a hard life from the condition of it’s vinyl surface and the plastic dashboard shows no less than seven different shades of brown. The 1970s was the first wave of the plastic interiors thanks to Ralph Nader’s incessant hatred of anything you could possibly bump your head against, and the formula for durable plastics had not been perfected yet. 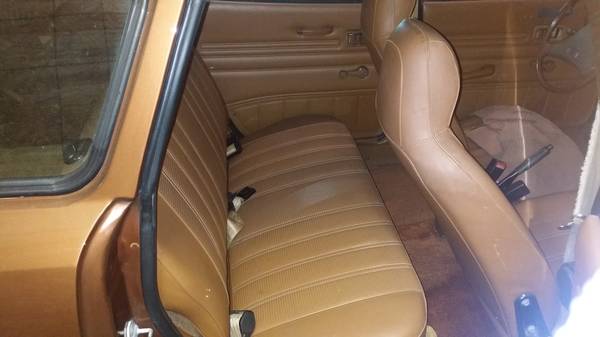 Luckily the rear seats seems fine, so it would be great for color-matching some fresh vinyl and re-dying the dashboard. While it would be easy enough to re-dye the front seats, the major issue would be that the interior bits look so brittle that they just might disintegrate into powder. Conveniently, there is a strong community of EA71 enthusiasts throughout the world who would gladly help in sourcing parts should the need arise.

One of the more under appreciated aspects of the EA71 is how Subaru avoided the obvious physical abnormalities found in the era’s bumpers. Subaru integrated the 5-mph crash beams much more gracefully than most automakers of the time. 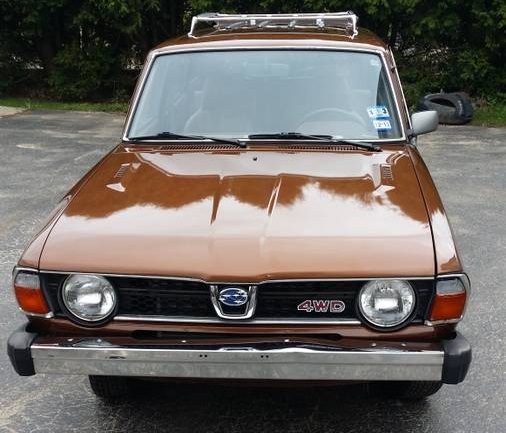 While the wagon is not concours condition, mechanically it should be near perfect with only 72,000 miles on the clock. 1979 was the last year that Subaru was seriously utilitarian. After that, Subaru would begin continuously adding creature comforts. With its simplicity, this car would make a fantastic driver or a very cheap restoration project.

As we’ve been proselytizing, early 4WD Subarus are criminally undervalued. This car, even at its most basic, is Subaru’s brand identity in its purest form. It’s honest, simple engineering, elegance in utilitarianism.

permalink.
This post is filed under: for sale and
tagged: EA71, kidney anyone, subaru, wagon.