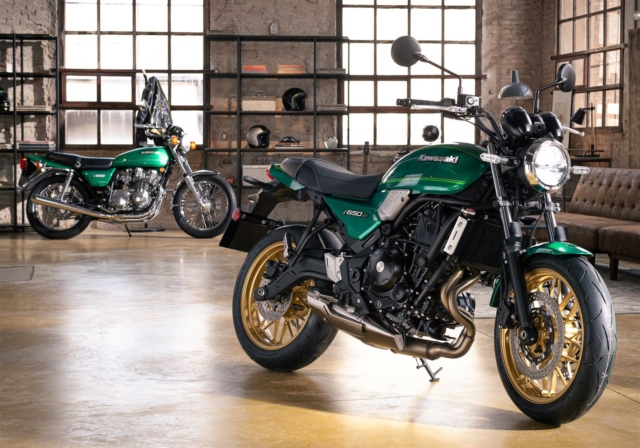 Kawasaki has introduced a stunning new retro bike inspired by the 1976 Z650. The new Z650RS follows two other throwback bikes that Kawasaki has introduced in recent years, the Z900RS and Z900RS Cafe. The addition of the Z650RS lets those seeking a middleweight bike that’s a bit more tame and affordable get in on the retro craze. 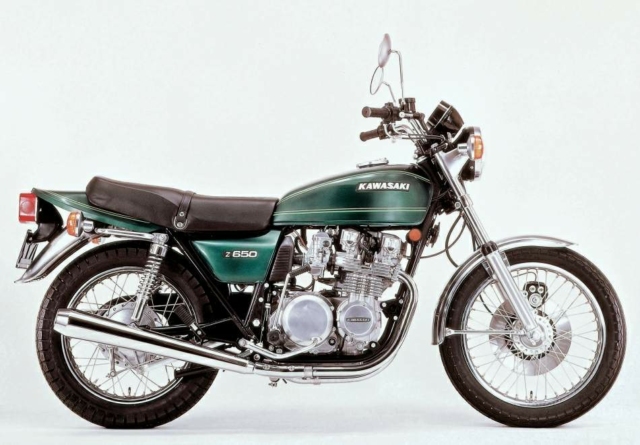 Introduced in 1976, the Z650 was the little brother to the hugely popular Z900 (also called the Z1). The Z900 occupied a position in the Japanese motorcycle world similar to that of the Kenmeri Skyline in the car world, so the Z650 was more like a 610 Bluebird. In fact, the development code names for the Z900 and Z650 were New York Steak and Sirloin Steak, respectively.

On the street, the Z650 was commonly known as the Zapper. In Japanese “zap” is an onomatopoeia for slicing through the air. Indeed, the nimble Z650 was known for its strong acceleration due to near-perfect gearing, sharp handling, and balance. Some even called a 750 Killer, because its performance was close to — some say even beyond — bigger bikes of that displacement class. 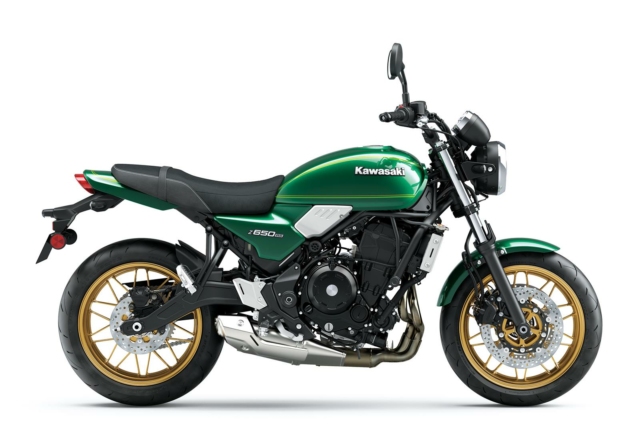 The Z650RS is powered by a water-cooled DOHC 4-stroke parallel-twin making 67 horsepower and 47 ft-lb of torque. While that’s two fewer cylinders than the original Z650’s inline-four, it makes the retro bike possible by sharing the engine used in the Ninja 650 and the current Z650 (confusingly, a naked introduced in 2017). 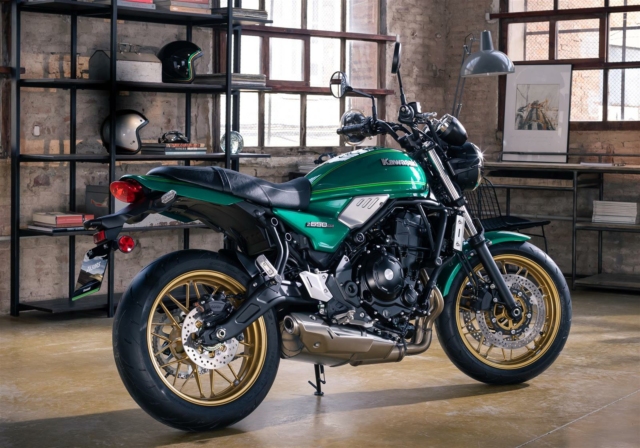 It even uses the same high-tensile trellis frame employed on those bikes, but hides its modern foundation well with a slim tank, side panels, and tail section that mimic the iconic silhouette of a classic standard. The duck-tail cowl in particular is an homage to the old Z650, but the side panels hearken back to the original as well. The round headlight is an LED now, but a pair of chrome-ringed, bullet-shaped gauges pay their respects to the classic as well. 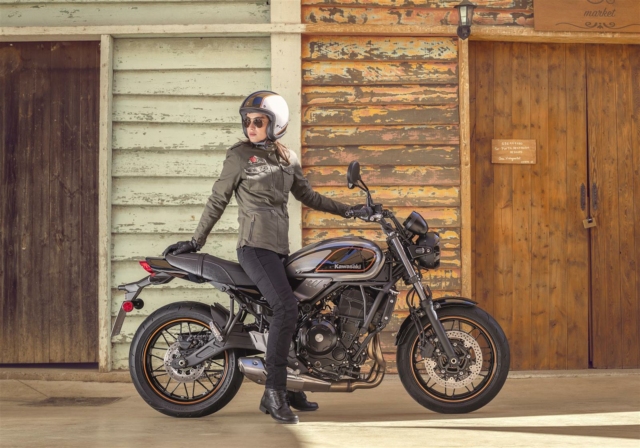 Best of all, the Z650RS comes in a gorgeous Candy Emerald Green color that’s a direct callback to the 1976 model’s hero color. There’s even a subtle pinstripe on the tank. The green colorway is paired with exclusive gold wheels that the original didn’t have, but it still looks great. Two other colors are also available — Metallic Moondust Gray with orange accent and Metallic Spark Black with a green accent — both of which look more modern.

For now, the Z650 is available only in Europe. It’s expected to debut in Japan later this year, but unfortunately it’s unknown whether it’ll come to the U.S. We hope it does, because retro goodness shouldn’t be exclusive to riders of liter-bikes. 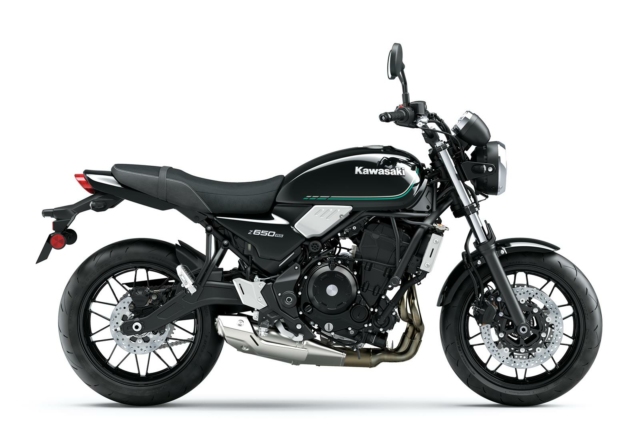 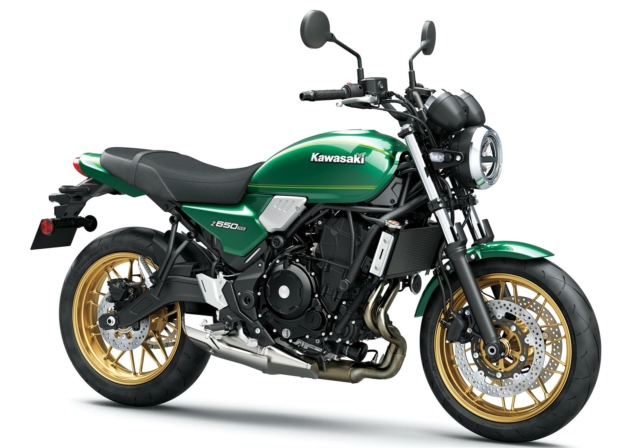 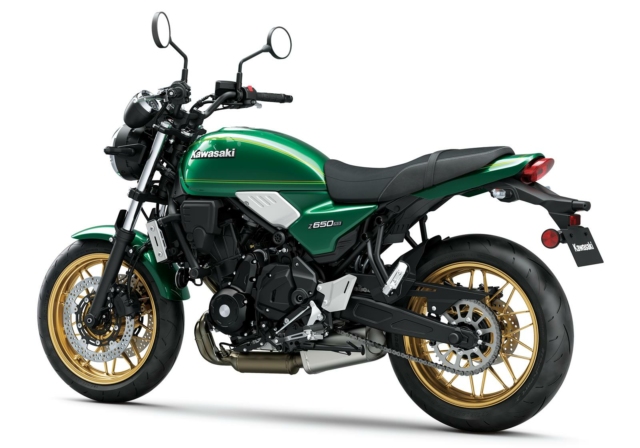 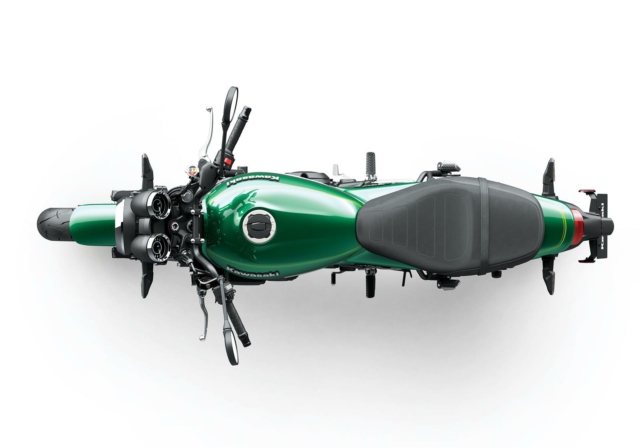 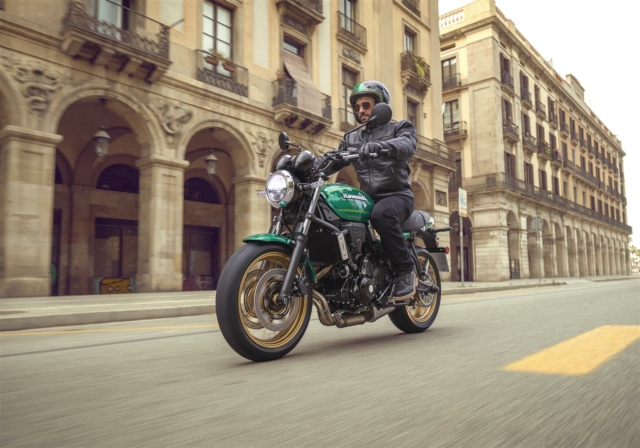 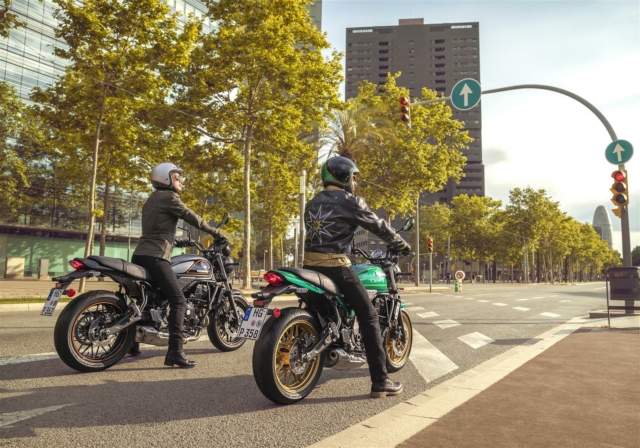 permalink.
This post is filed under: Motorcycles and
tagged: kawasaki, Z650RS.